Wisteria flowers make clusters formed of small flowers and create a fantastic atmosphere. In Japan, people have appreciated the wisteria and have cultivated and admired it since ancient times. They include groups in which clusters of flowers hang down like a screen and groups in which the clusters have a fluffy shape like a cloud; their color is usually purple (wisteria violet), but you can also see white flowers.

Let me introduce you to wisteria flowers in each place from Kansai area.

First of all, a botanical garden called “Manyo Botanical Garden,” in Kasuga Taisha Shrine in Nara, has a leading notable wisteria garden. The botanical garden has a long history, and thus there are many old big trees of the wisteria. 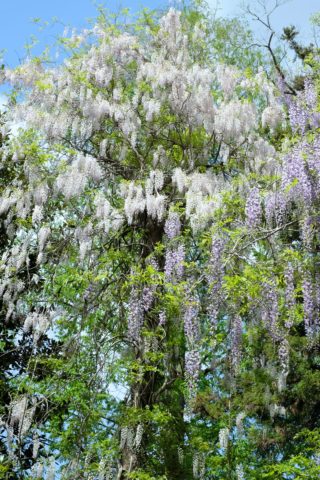 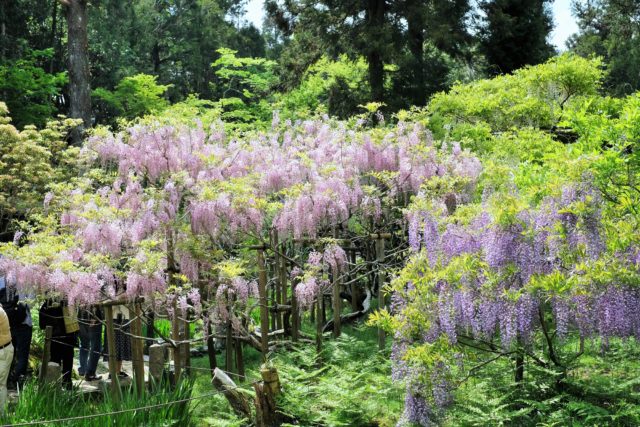 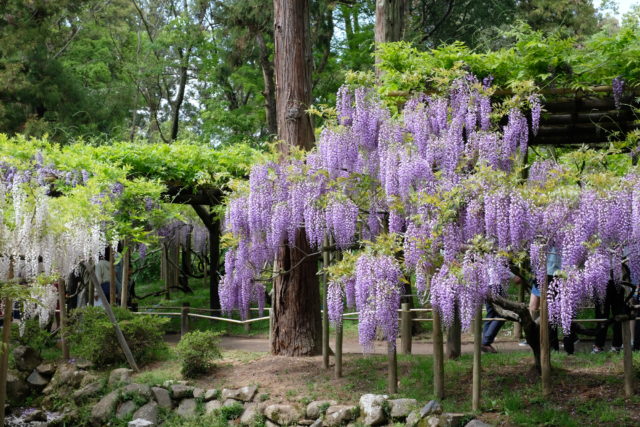 Waké Jinjya Shrine, in Okayama, has a wisteria garden. The garden has a wisteria trellis having a width of about 7 meters and a total extension of about 400 meters in an area of 7,000 square meters, and about 100 or more kinds of wisteria trees. 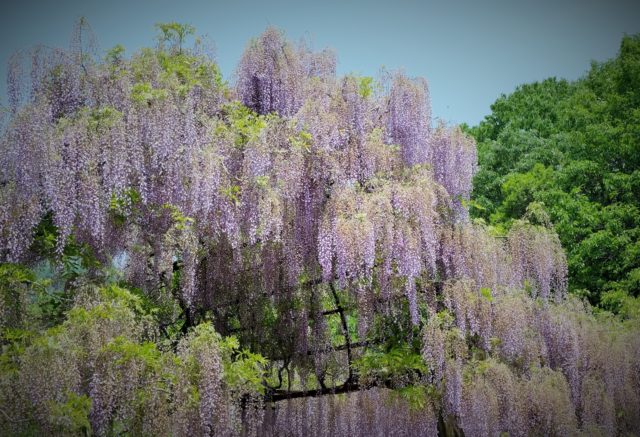 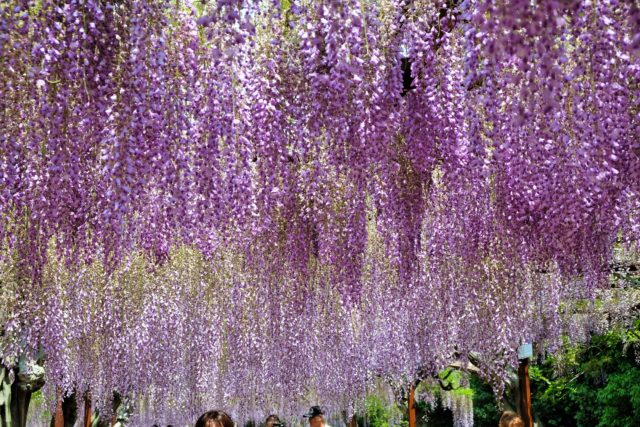 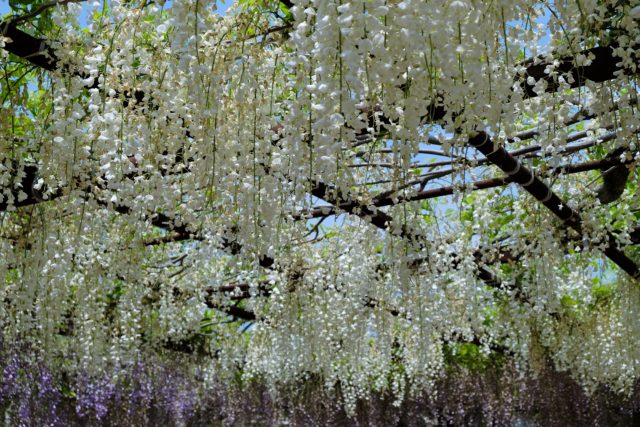 In Osaka, there is a temple having stunning wisteria trellises. It’s Fujiidera Temple. 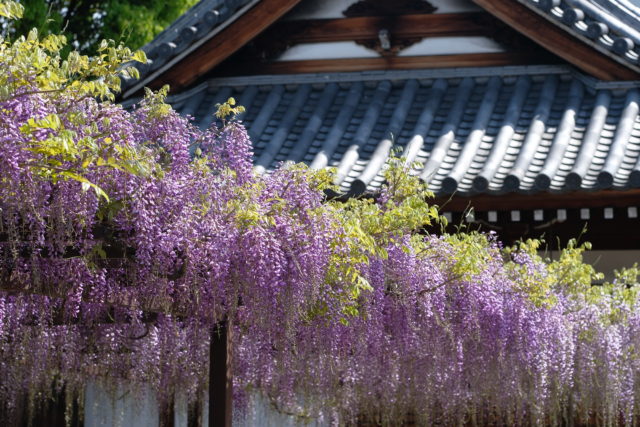 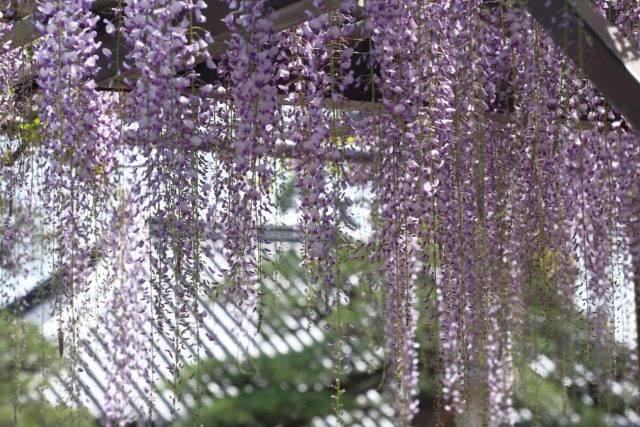 The following wisteria is blossoming in Noda in Osaka, which is said to be the birthplace of Japanese wisteria (or Noda Fuji).

Nakayama Temple, in Hyogo, is famous for the plum garden, but also has impressive wisteria trellises. The trellis has a length of about 80 meters. 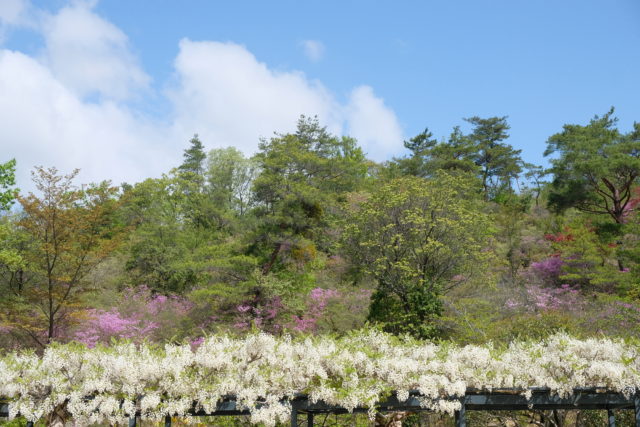 The final introduction is wisteria in Byodoin Temple in Kyoto. 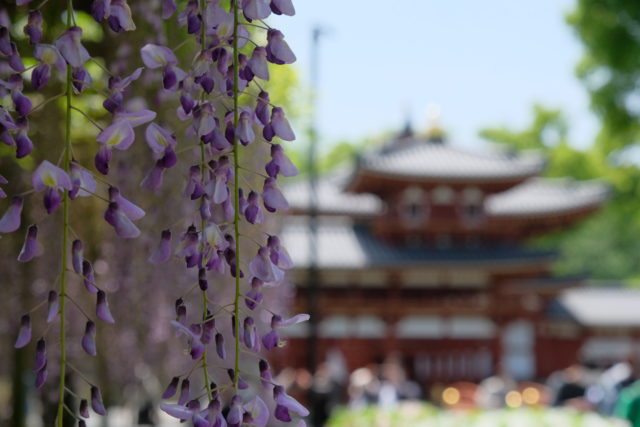 How did you like it?
Did you enjoy it?