On the last day in November, we went to “Tofuku-ji” Temple to see the red and yellow leaves.

“Tofuku-ji” is a Zen temple, the head temple of the Tofuku-ji School of the Rinzai Sect (Zen Buddhism), built in 1236, the Kamakura Period. The temple is built on one mountain and 25 sub-temples are also built therein.

We got off at “Tofuku-ji Station,” the first station from Kyoto Station on the JR line. We walked on a road lined with many temples on both sides. There were many people in the autumn color season, but usually this area would be quiet. 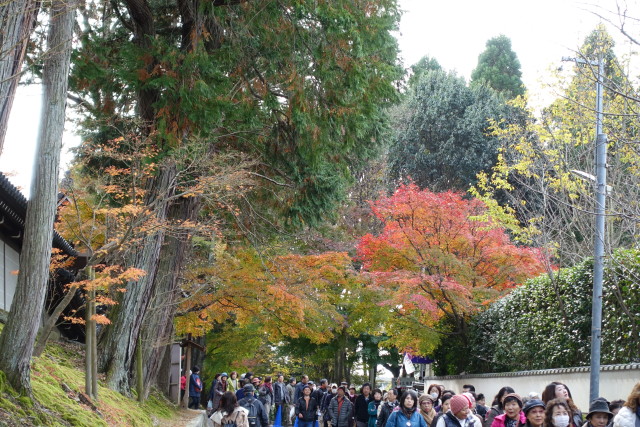 We reached the “Tofuku-ji,” taking about 10 minutes from the station on foot. 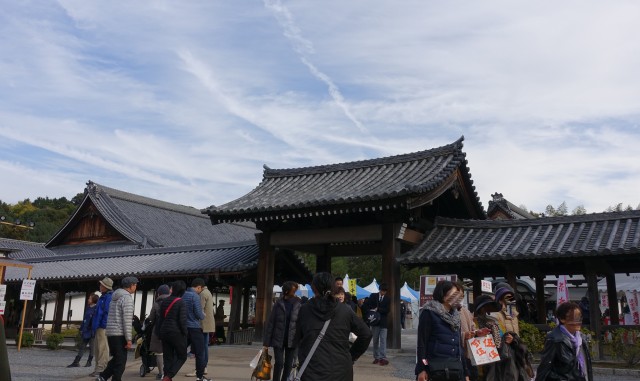 First, we went to a garden of the temple. 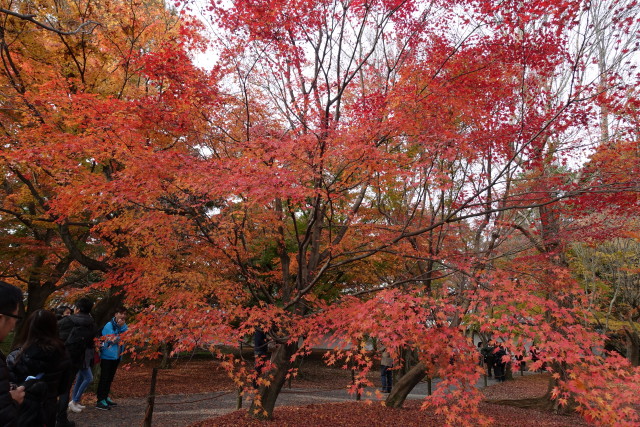 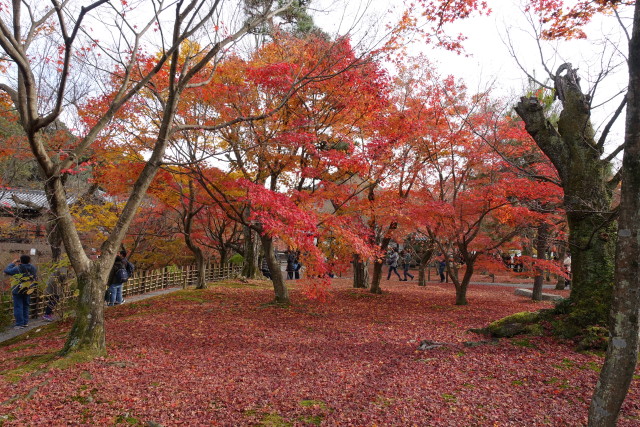 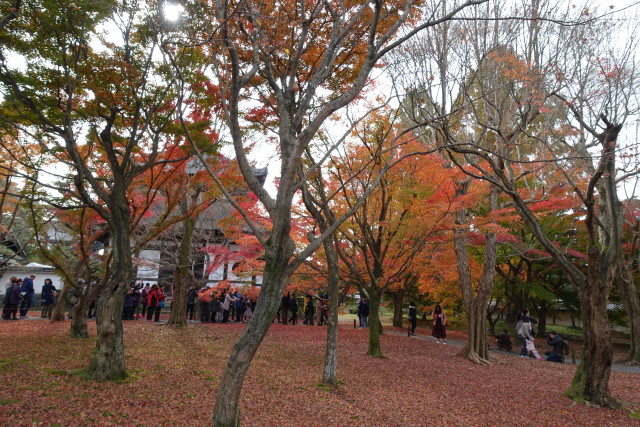 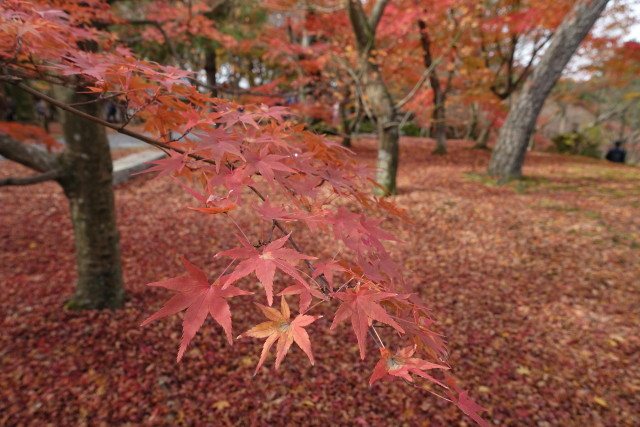 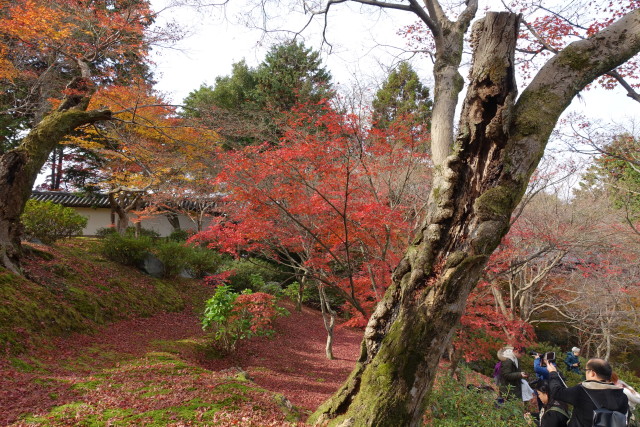 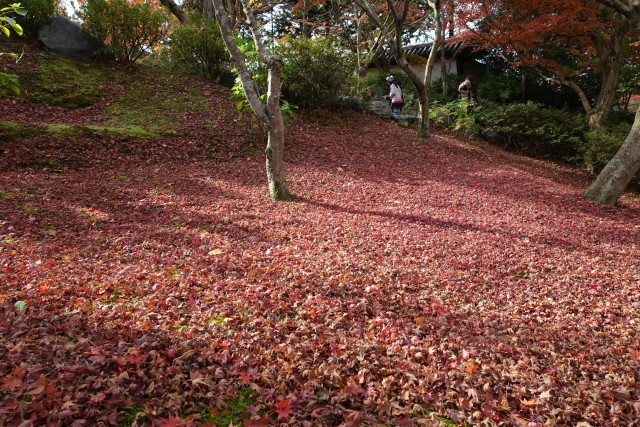 That building is “Tsutenkyo (Tsutenkyo bridge),” which is a very famous bridge in Japan. 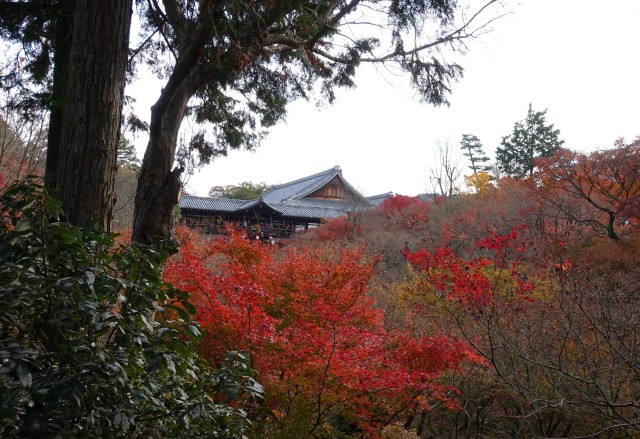 There is a pretty octagon-shaped hall (Hakkakuendo), named “Aizendo,” in a corner of the garden. 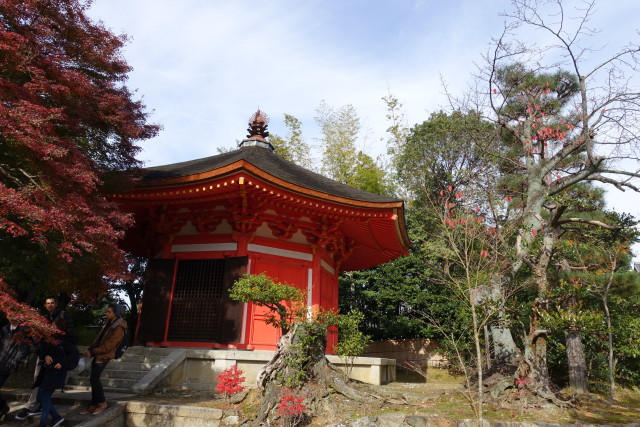 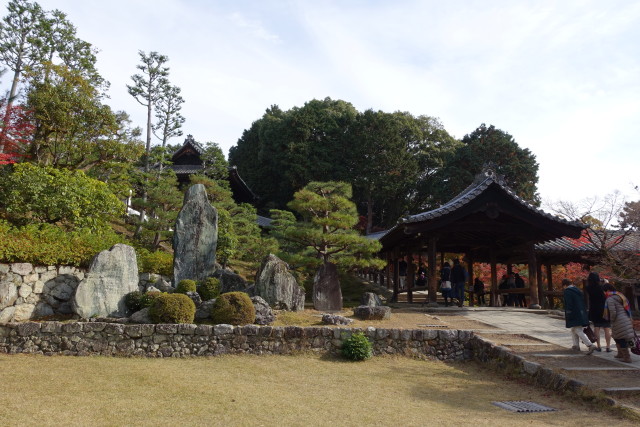 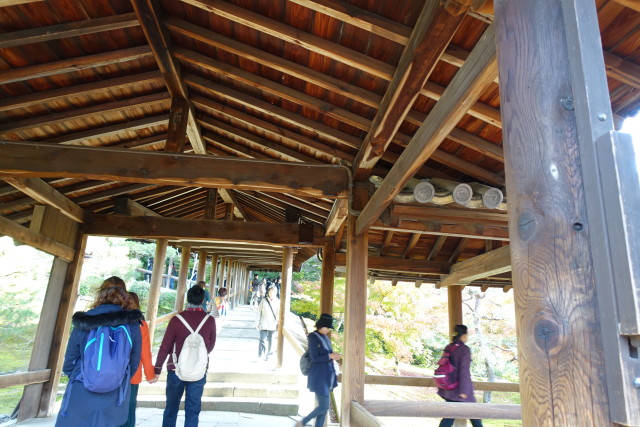 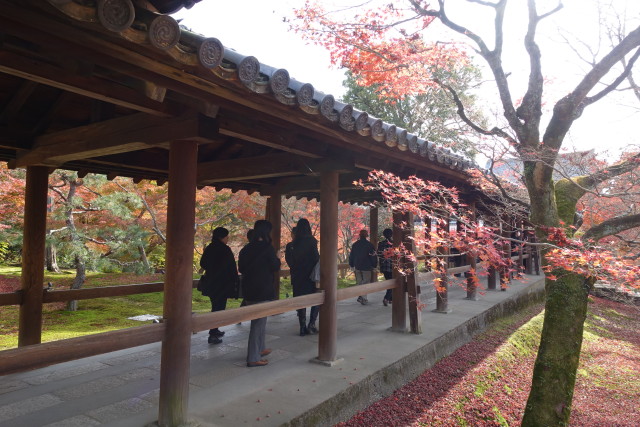 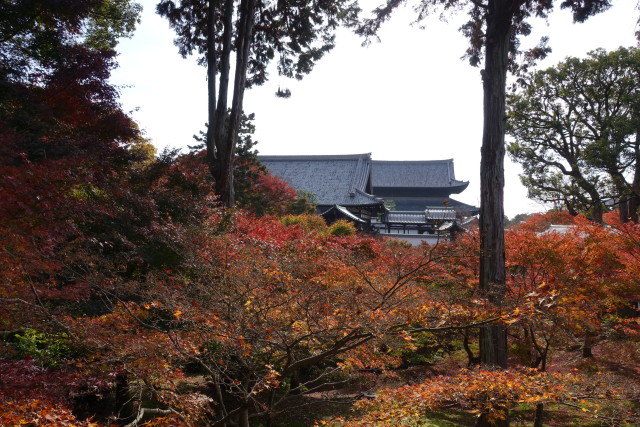 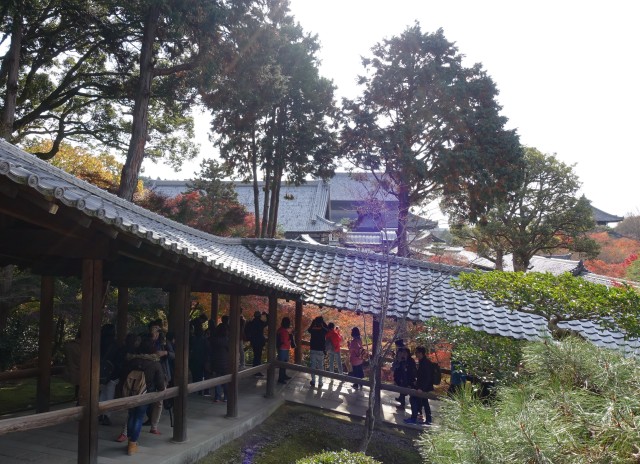 This hall is named “Kaizando.” 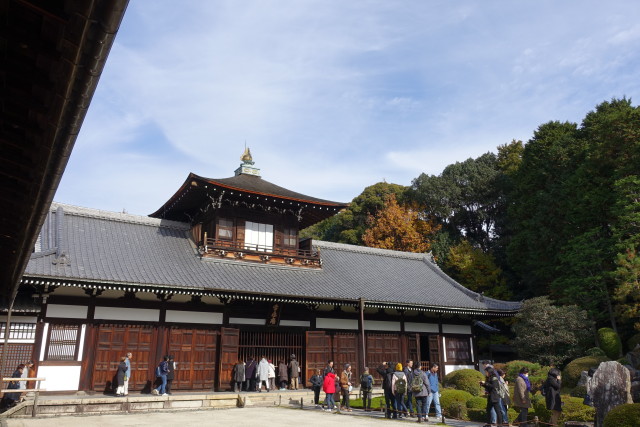 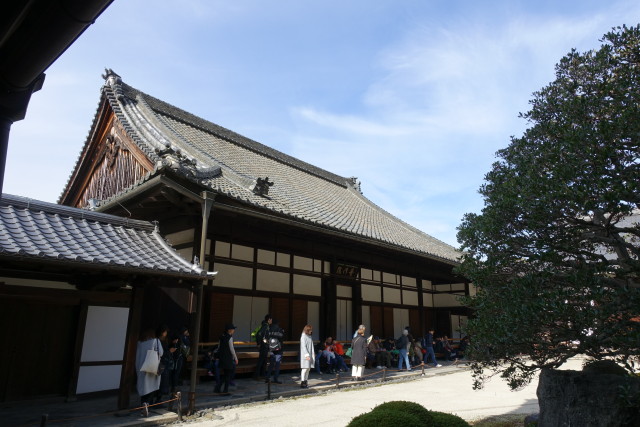 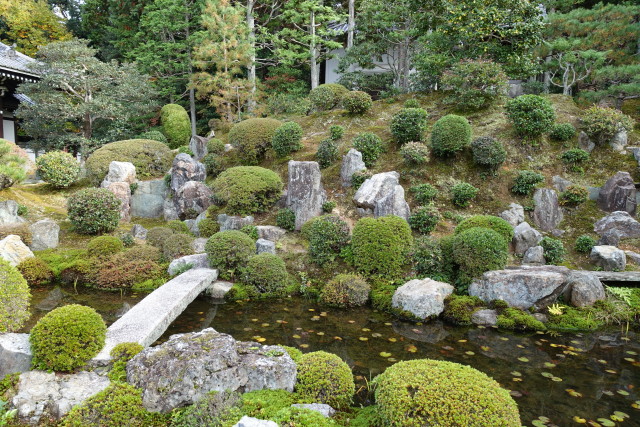 These views are from “Tsutenkyo.” 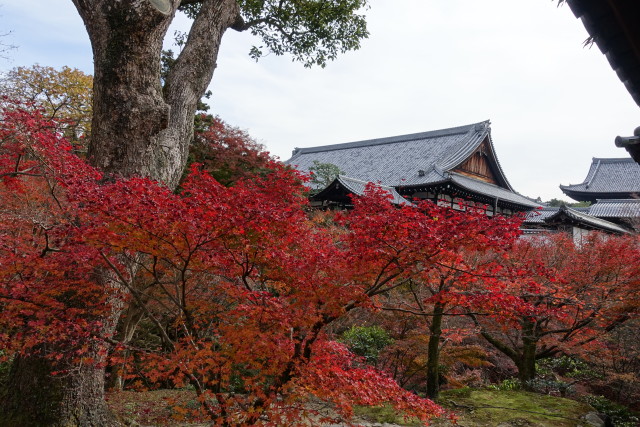 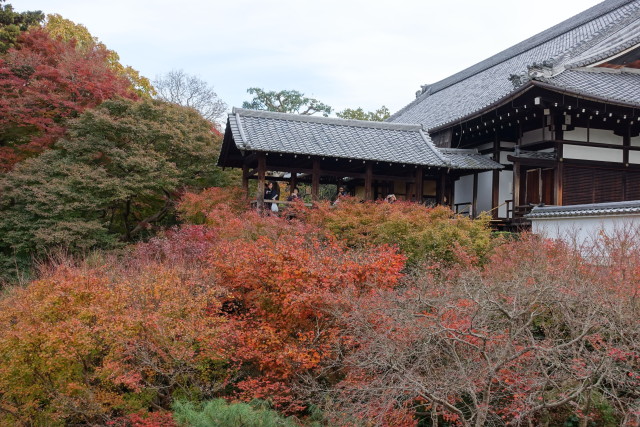 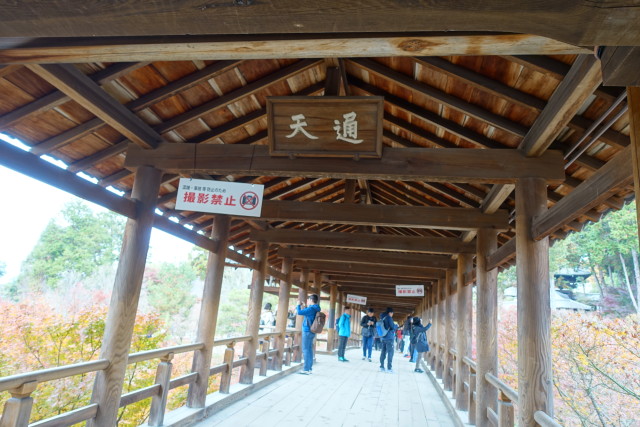 We finished walking across “Tsutenkyo” and then went to “Hojo.” “Hojo” was originally a residence for Buddhist priests, but was used for receiving specified guests later in “Tofuku-ji”. 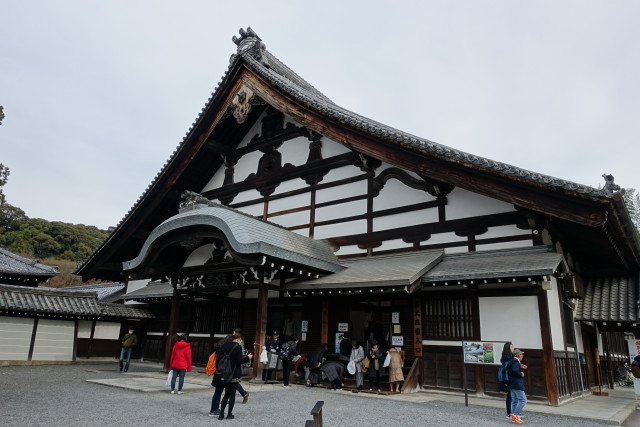 The “Hojo” has 4 Japanese gardens, named “Hojo-no-Niwa (Hojo garden),” expressing that Shaka achieved enlightenment. The “Hojo” is surrounded by the 4 gardens.

This is the southern garden. 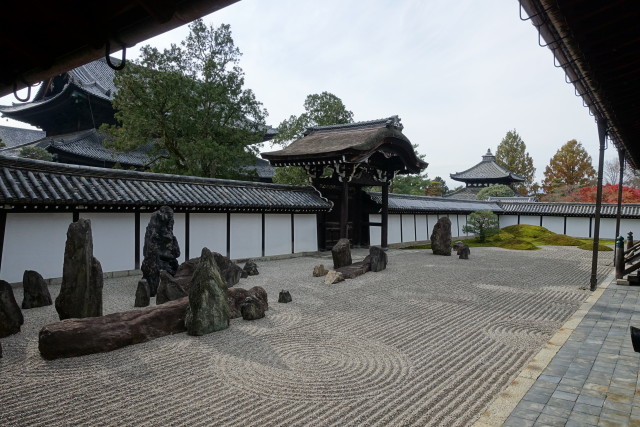 A karamon (Chinese-style gate) in the southern garden, named “Choyo-mon.” 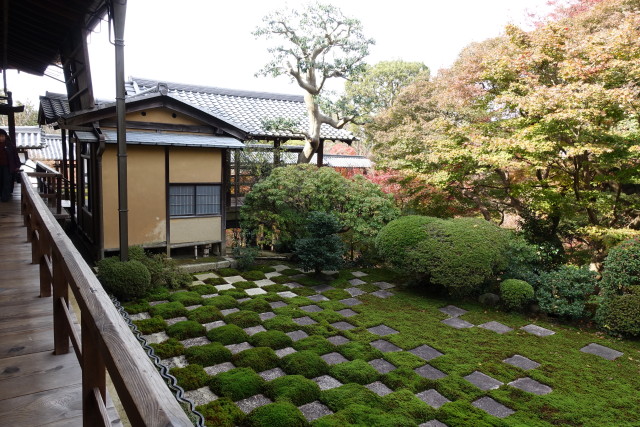 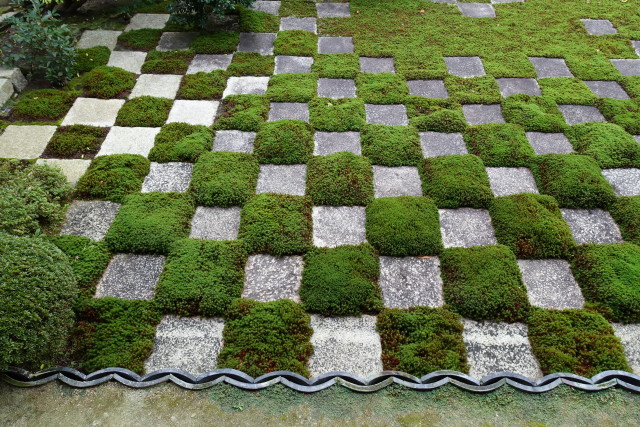 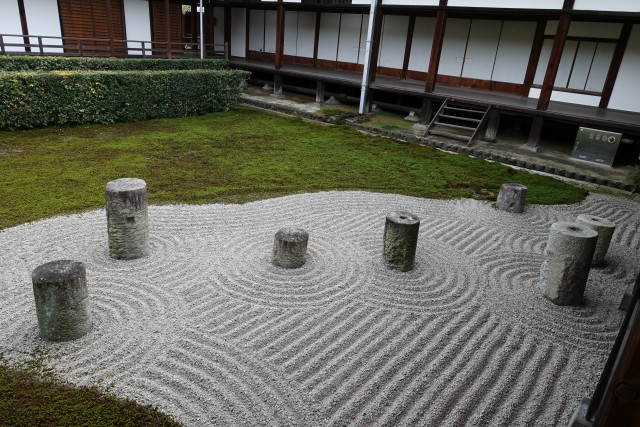 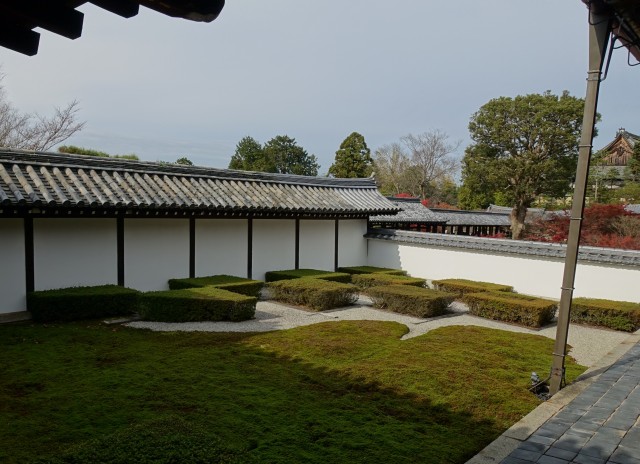 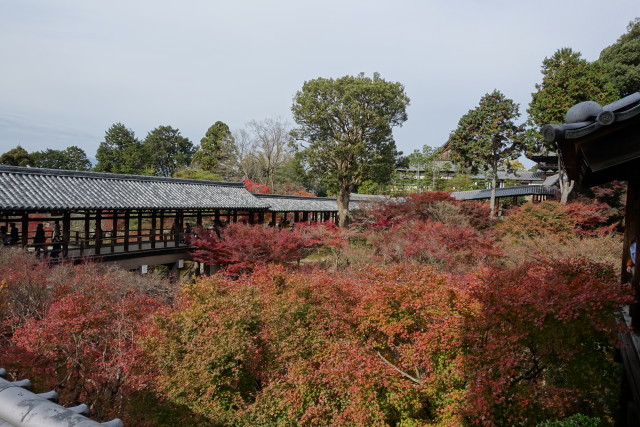 This is “Sammon.” This gate was rebuilt in 1425 by Ashikaga Yoshimochi, and is the oldest gate among existing gates of Zen temples in Japan. 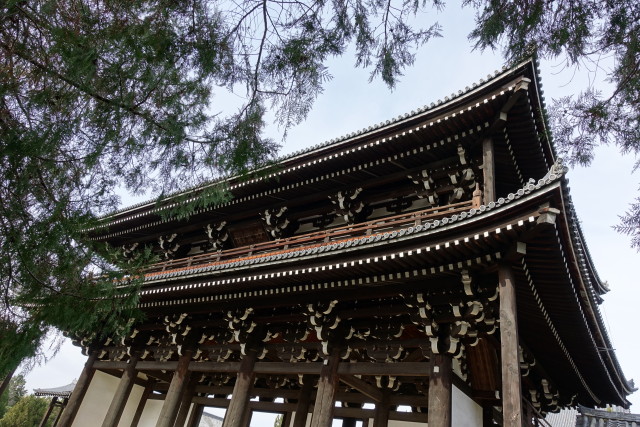 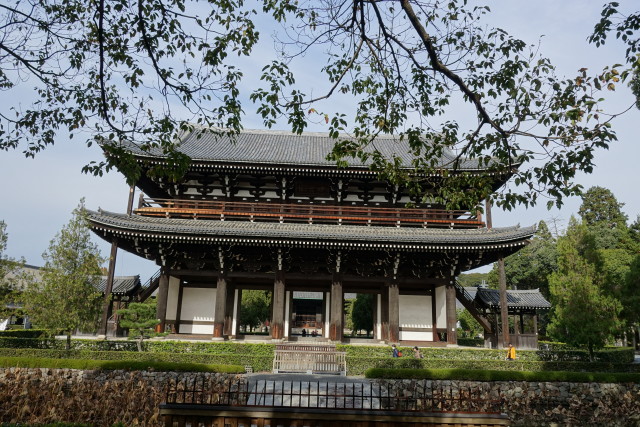