A shuin (red seal), which is usually called goshuin instead of shuin withou a prefix, is given when you visit a Buddhist temple or Shinto shrine, and is a record by which your visit is proved. The goshuin has a structure in which a red seal or stamp is put a paper sheet, and the name of the temple, or shrine or the name of the Buddha or God, is written on the seal with Japanese ink.

The goshuin is usually written on a goshuin-cho (notebook). Mostly, the goshuin-cho is a bellows-fold type, and has a B6 size (128 by 182 mm) in a folded state. Even if you don’t bring your goshuin-cho, the temple or shrine prepares a sheet on which the goshuin is written.

This is a goshuin, given by Kiyoshi Kojin. 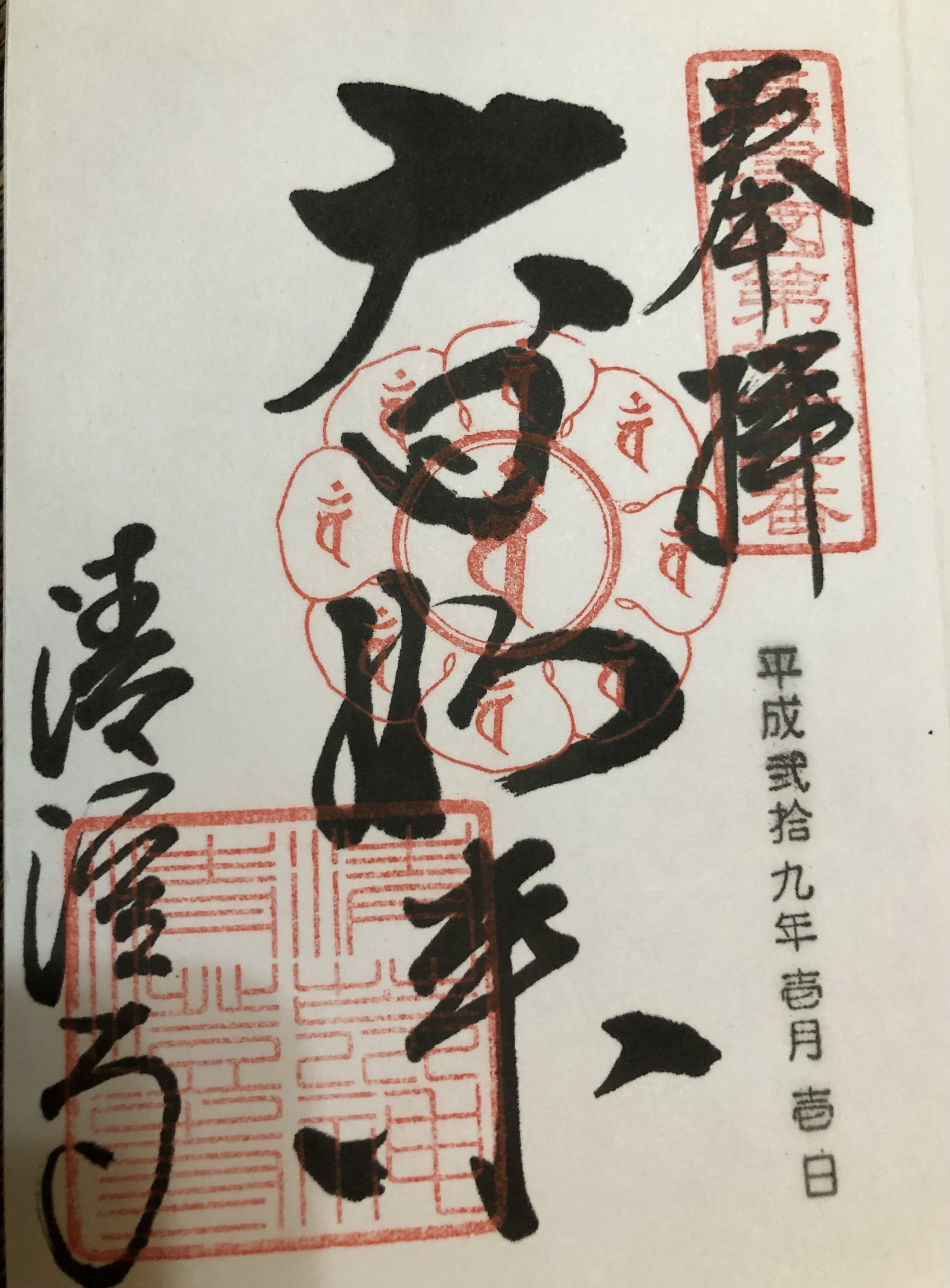 "Vairocana" (Mahavairocana, Dainichi Nyorai), the principal image of this temple