There is a cosmos garden along Mukogawa River which flows through Amagasaki City in Hyogo Prefecture. The garden located on the riverside has an area of about 13,000 square meters, and when autumn has come, the area becomes full of flowers of cosmos.

The garden has no difference of elevation because of the riverside, and has proper shades owing to big trees; so, you can spend a pleasant time there along with wind blowing from the river. All people, including children and seniors, living near here look forward to seeing the flowers, and many people come from far away by car to see them. 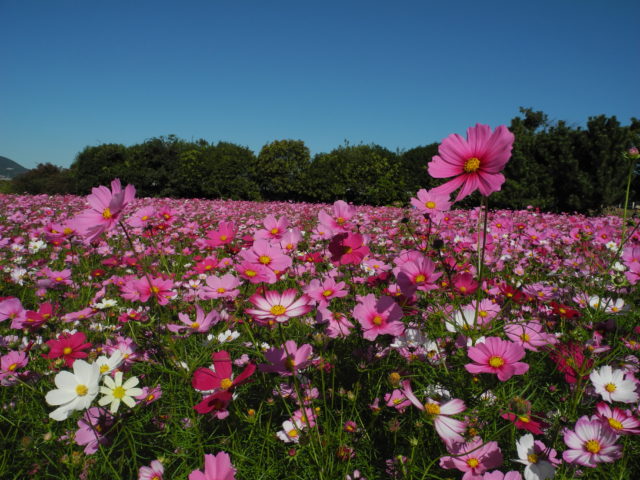 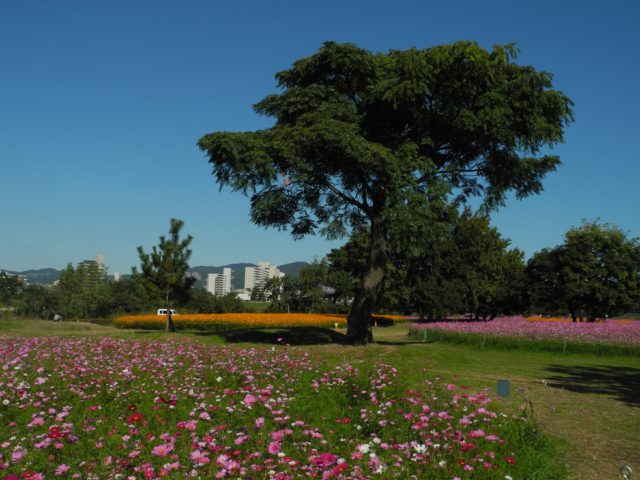 When the flowers begin to bloom, they are seen sparsely in the green bed of leaves. 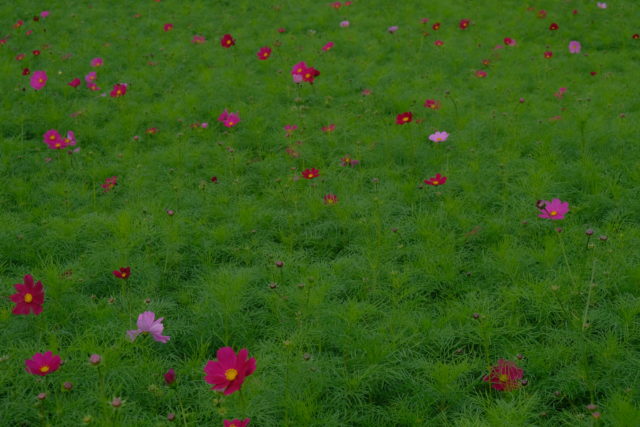 An ornate arrangement, the number 100, was made using the flowers of cosmos at the 100th anniversary of the Amagasaki Municipal Administration. 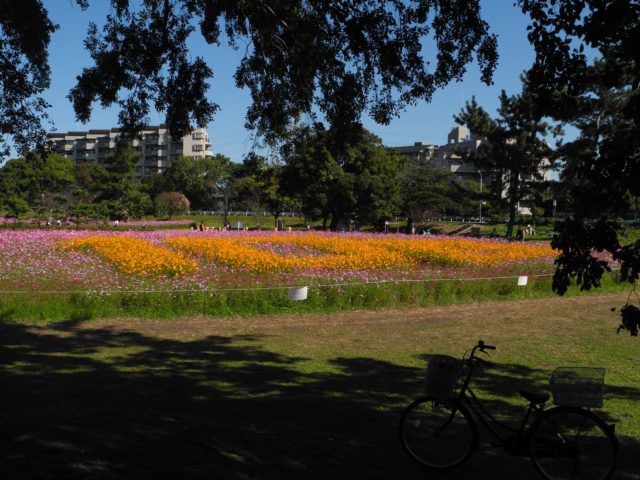 The evening sun directly illuminates the flowers, because Mukogawa River flows on the west side of the garden. 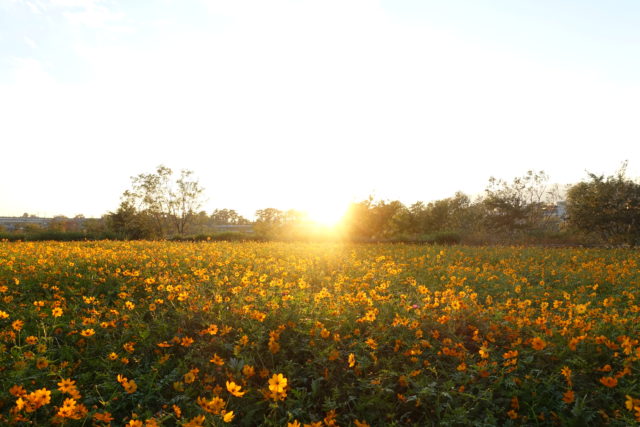 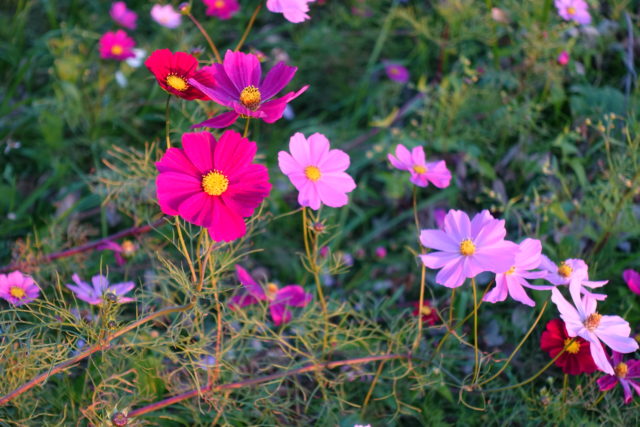 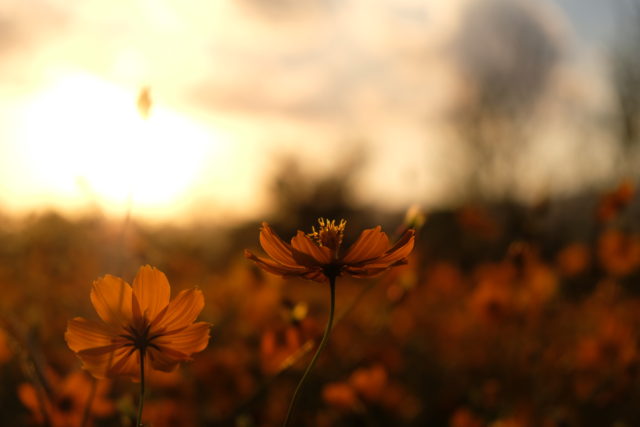 The mass of flowers gathered are quite a sight, but even one flower is lovely.

This is a cosmos garden in Osaka Expo Park. The garden is set on a small hill. 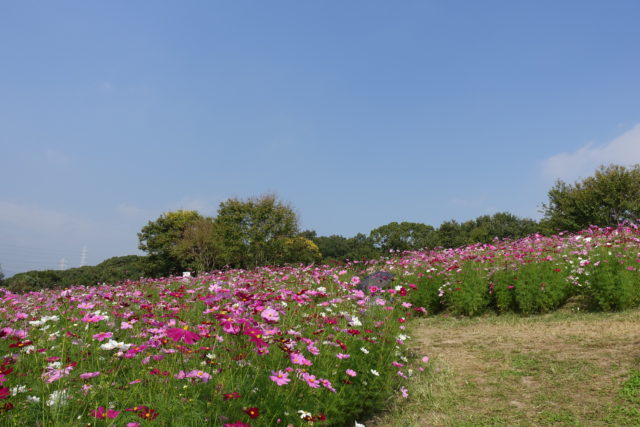 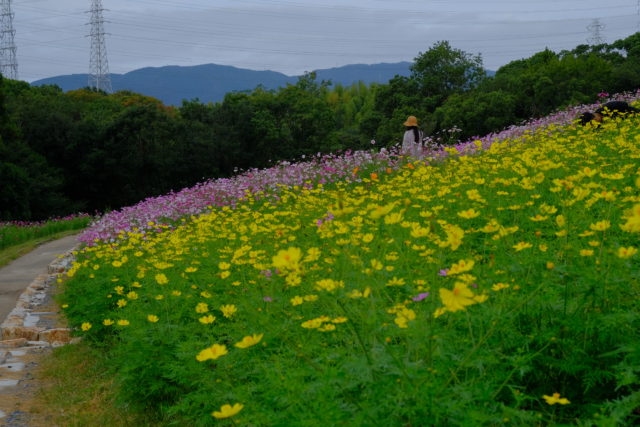 There is also a garden of buckwheat flowers there. The flower of the buckwheat is usually white, but the flowers I saw there were red. When I stood in the buckwheat field, I felt as if I were in a red fog. 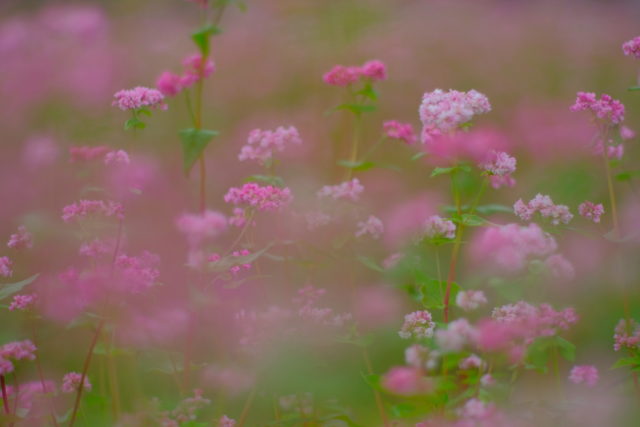