The mountain which you see behind the town is Mt. Ibukisan. 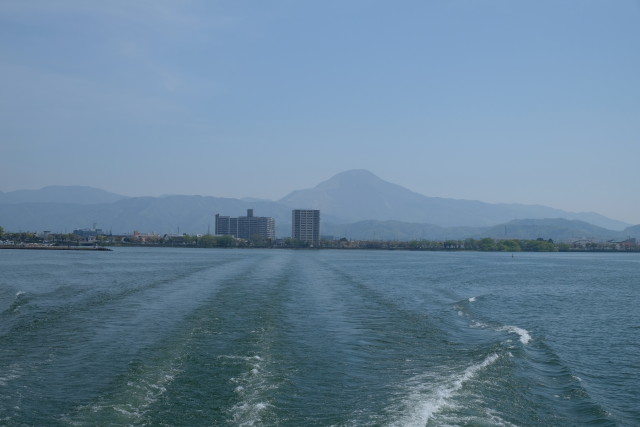 The part deep in color at the center of the picture is Nagahama Daibutsu (Great Image of Buddha). 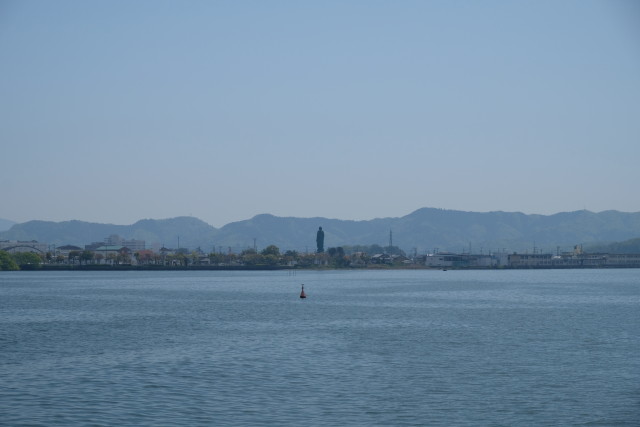 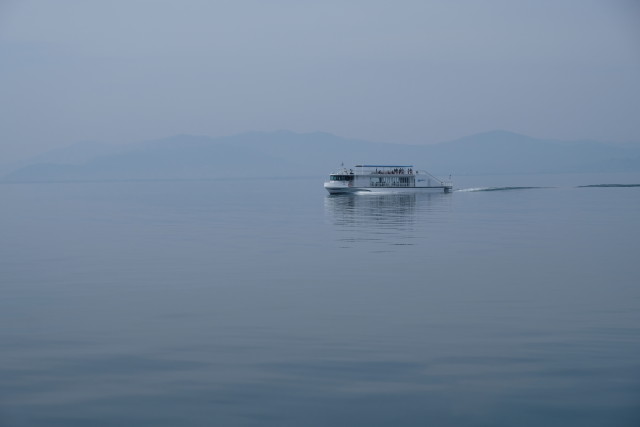 It was fine that day, and there were people enjoying fishing or riding PWC on the lake.

The port of Chikubu-shima came into view about 30 minutes after leaving Nagahama Port. 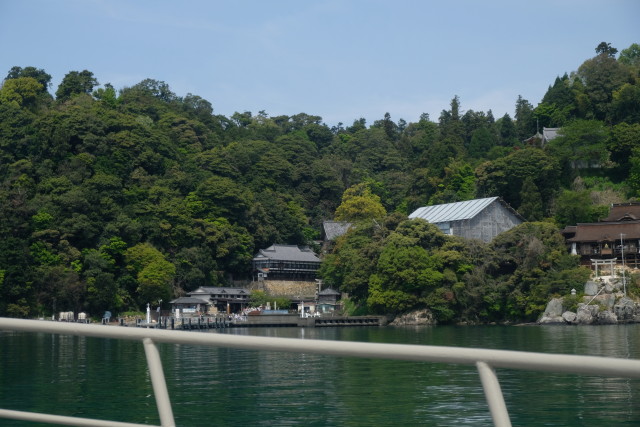 We reached Chikubu-shima Island. This is the ferry boat we used, which was bound back for Nagahama Port. 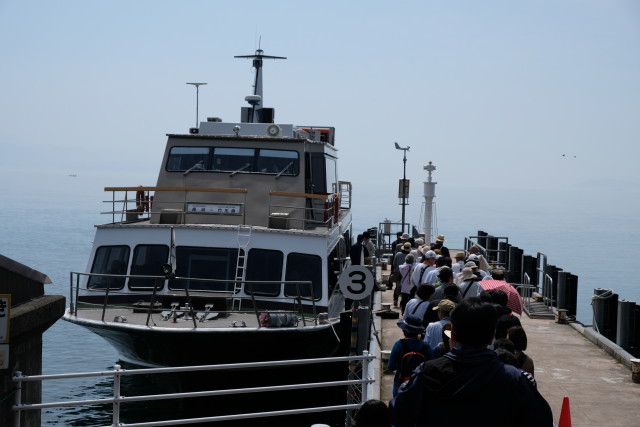 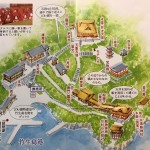 The map of Chikubu-shima Island.

You can see steep staircases behind the torii (gateway at the entrance of a Shinto shrine), when you look up from the port. We headed for Benzaiten (Saraswati or the Goddess of Music)-do hall in “Hogon-ji” temple going up the stairs. 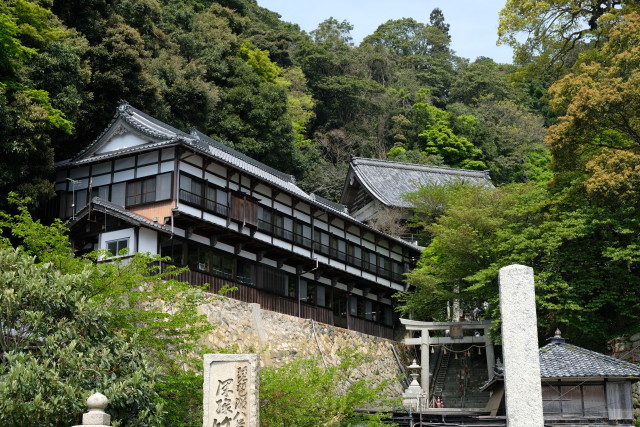 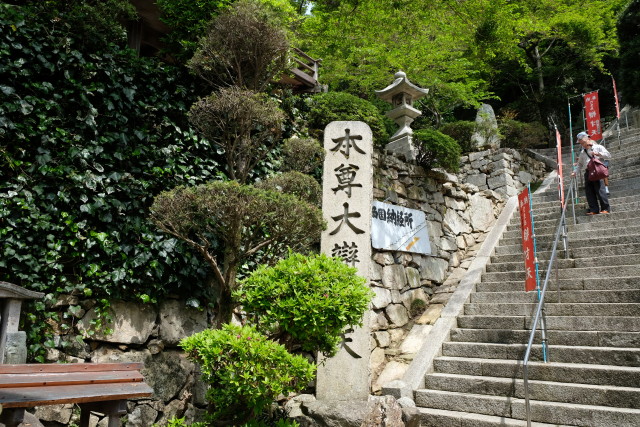 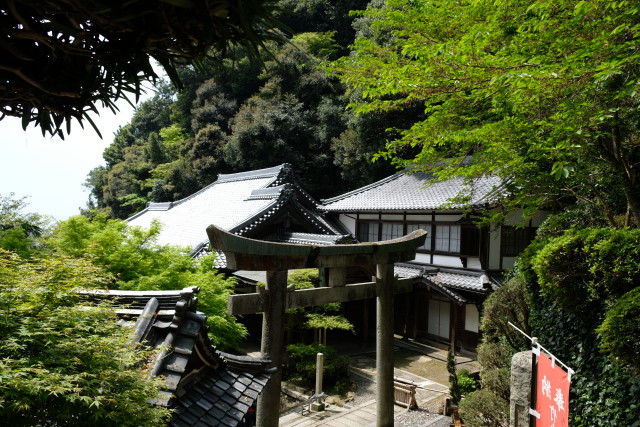 This is the Benzaiten-do hall. 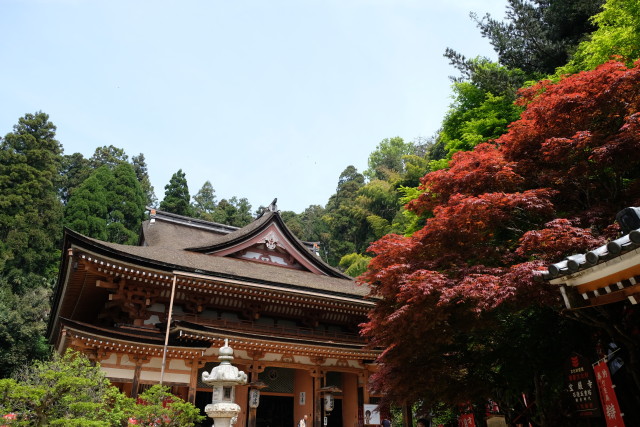 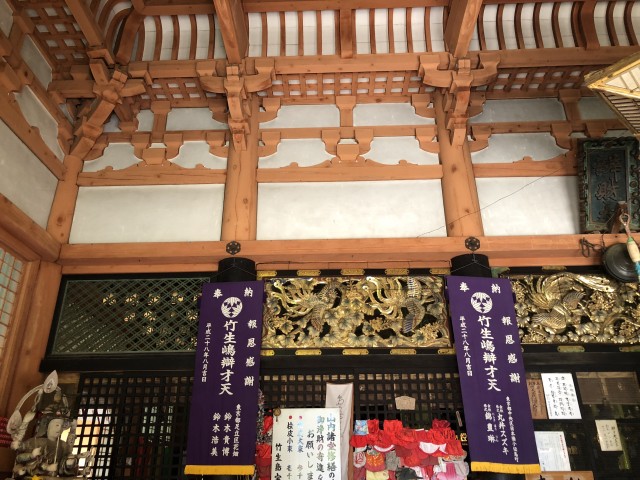 There was Fudo-myo-o (Acala or Acalanatha, God of Fire) in front of the Benzaiten-do hall.  Two attendants (the two small statures between which the Fudo-myo-o stands) are so cute. 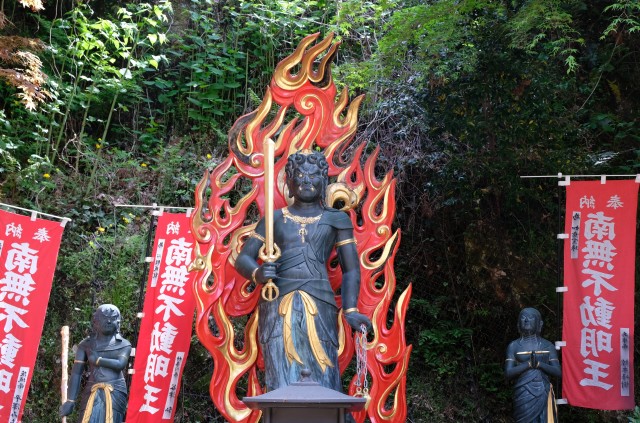 This is “Funa Corridor,” which was built using masts of “Nihon-maru,” Toyotomi Hideyoshi’s boat. 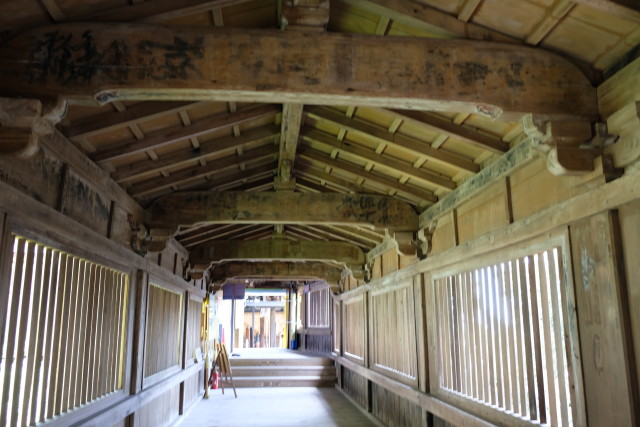 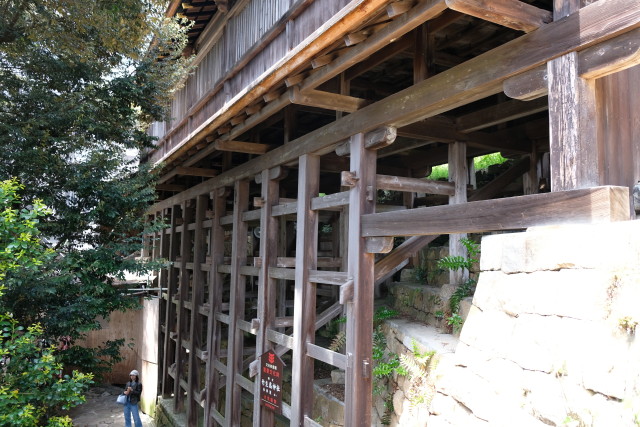 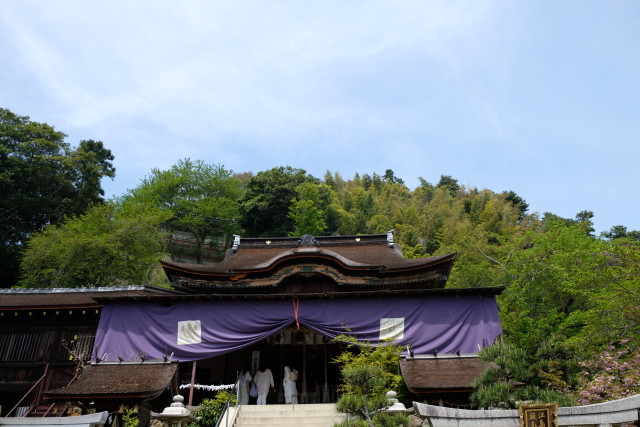 We threw sunbaked earthen dishes. It is said that your wish comes true if the dishes you threw pass through the torii gate. 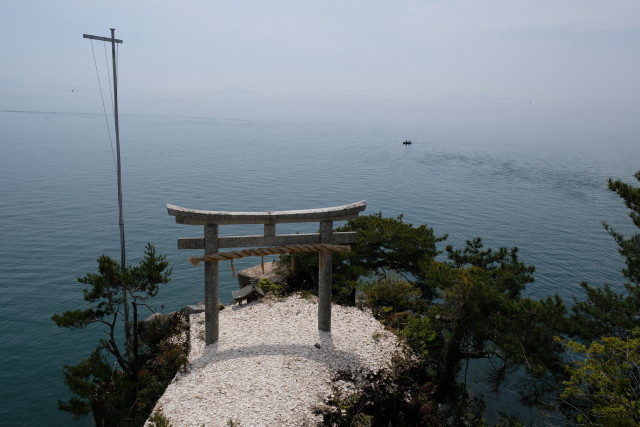 The whole island was covered with coniferous trees, and the green of the trees was very beautiful in the background of blue sky and the lake of emerald green. 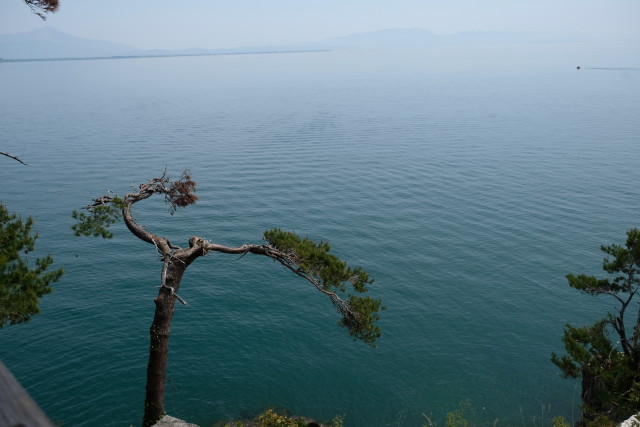 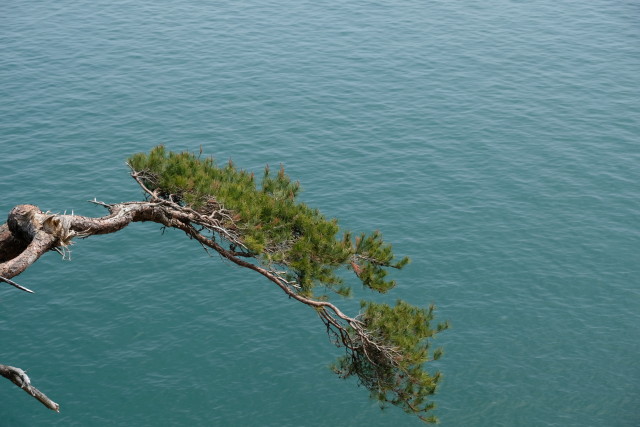 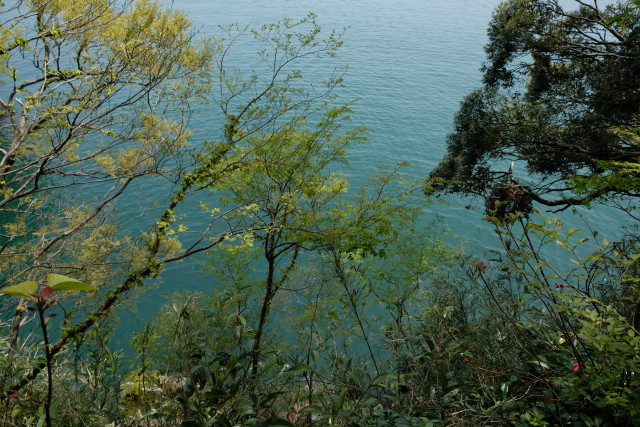 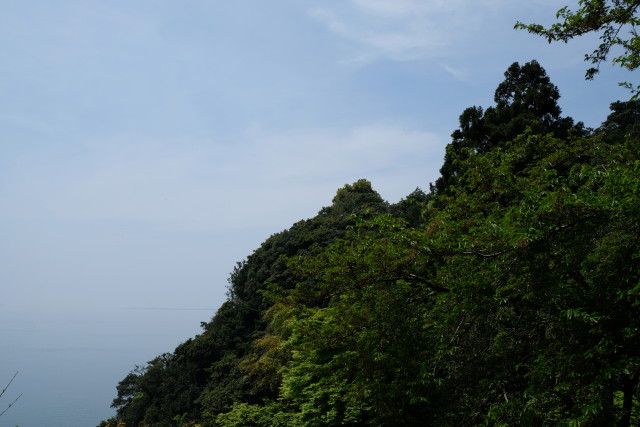 After 80 minutes from the landing, a ferry boat came to pick us up.

We came back to Nagahama, and headed to Nagahama Castle. This castle was built by Hashiba Hideyosi (Toyotomi Hideyoshi), but was deserted in 1615. The current Nagahama Castle was rebuilt in 1983. It is a five-storied building constructed with reinforced concrete, and is a history museum. 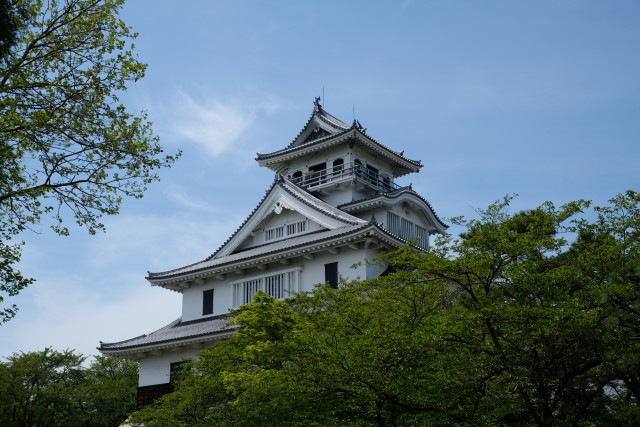 Scenes of Lake Biwa seen from an observation platform on the fifth floor. 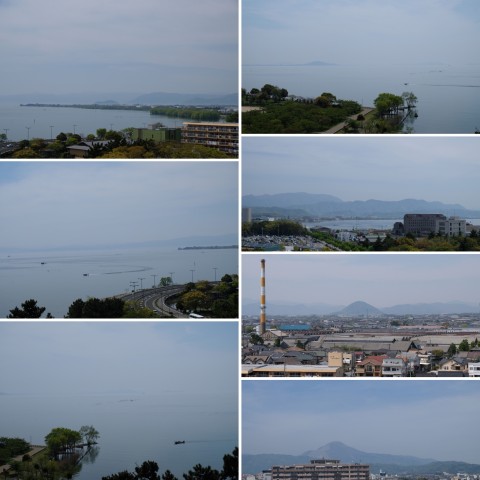 After that, we took a leisurely promenade about the streets in Nagahama. 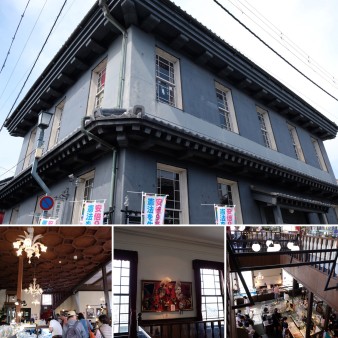 Shopping streets having a nostalgic atmosphere. 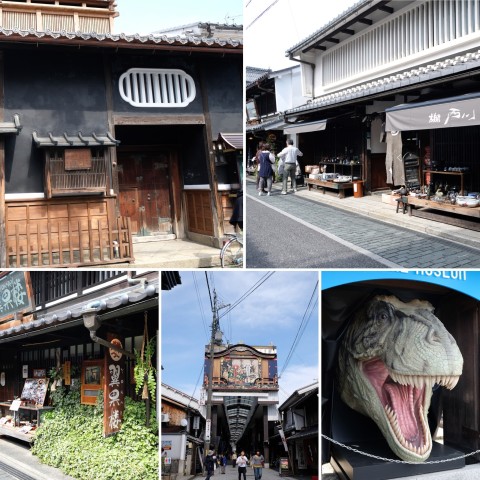 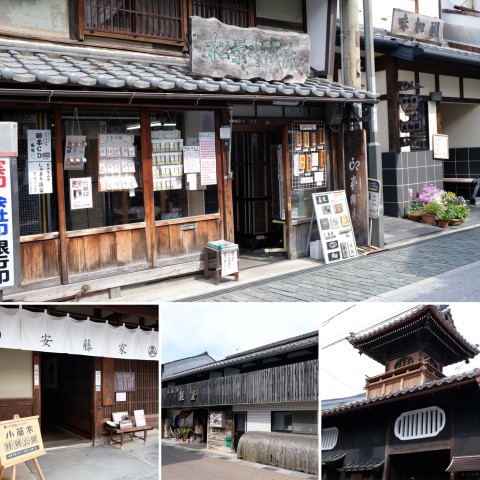 Buildings having a dignified traditional tile roof, reminding us of Nishijin in Kyoto. 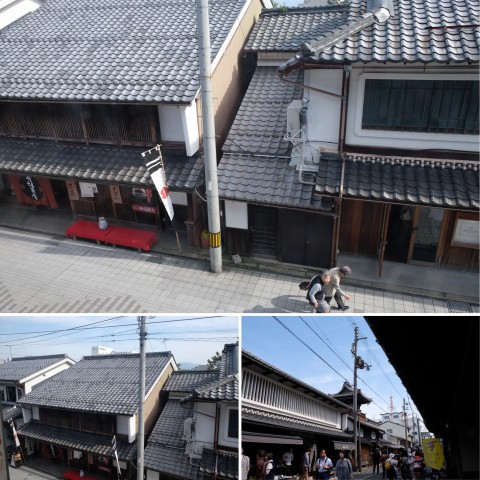 A retro building, which is not retired yet. 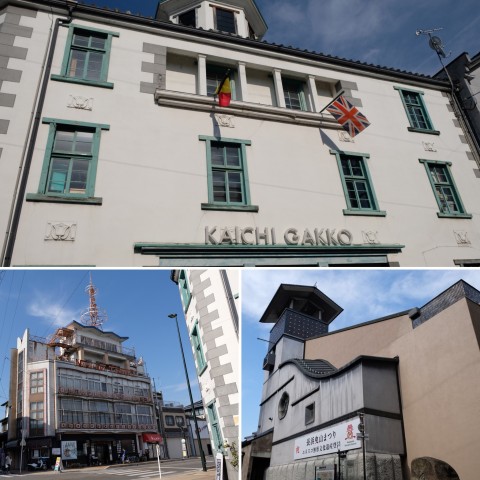 Festival floats, which participate in a festival held in Nagahama. 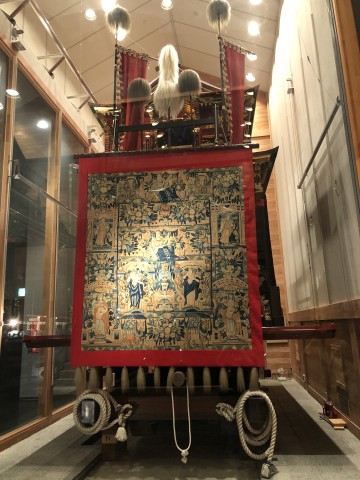 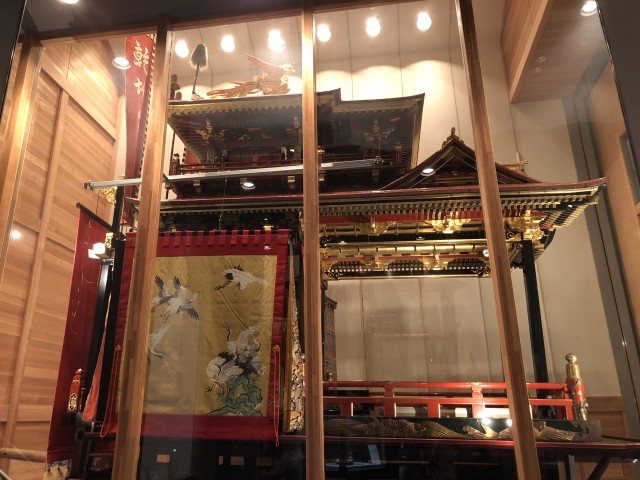 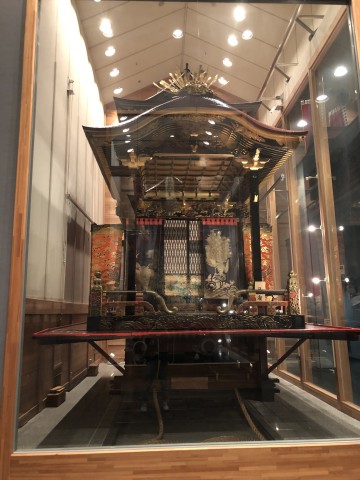 You can reach Nagahama in about 2 hours from Osaka Station using a special rapid train. The scenes around Lake Biwa are spacious and give you refreshment. You can also leisurely stroll around the town in Nagahama.