A road from Tenri Station to Sakurai Station in Nara, having a total length of about 16 km, is called “Yamanobe-no-michi.” This name appears in “Nihon-shoki,” which is the oldest chronicles of Japan, written about 1,300 years ago. You can travel along the road by bicycle looking at old shrines, ancient tombs, and the like. The scenery along the road could be seen at anywhere in Japan until just a little while ago. So, for Japanese people, it’s a past of childhood memories.

There are traffic signs here and there . 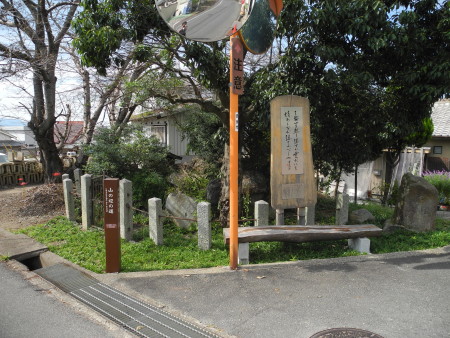 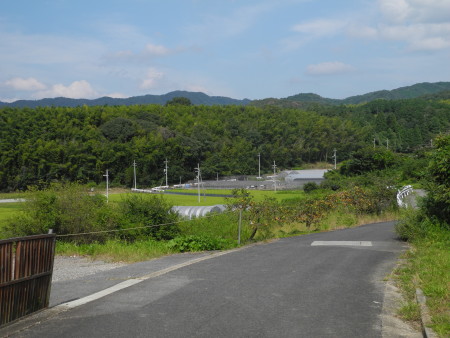 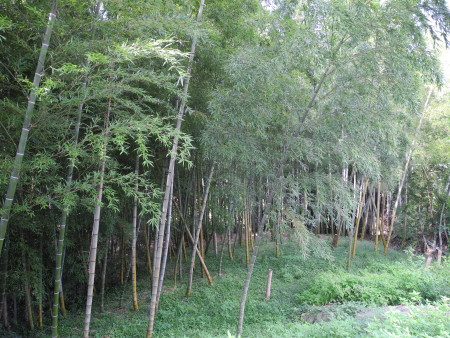 Persimmon trees were heavy with ripe fruits. The fruits were not for humans but for the birds. 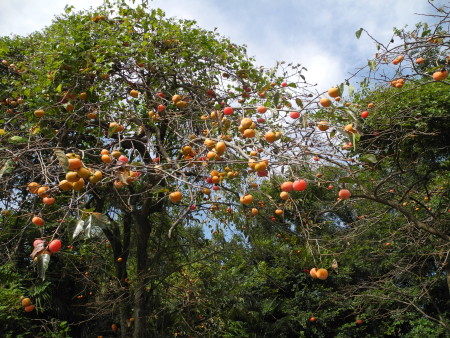 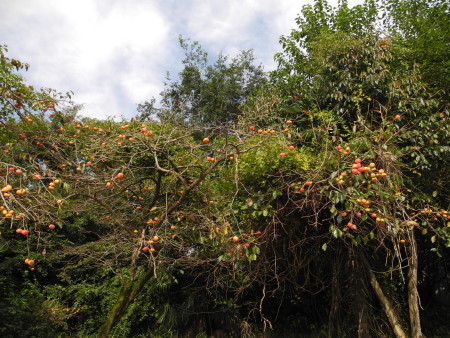 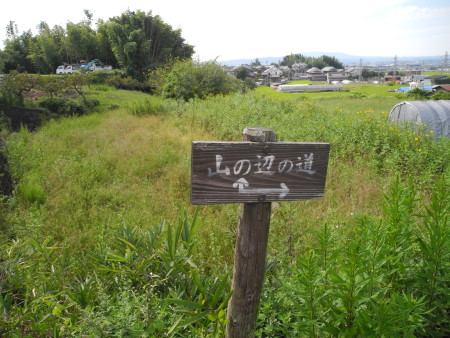 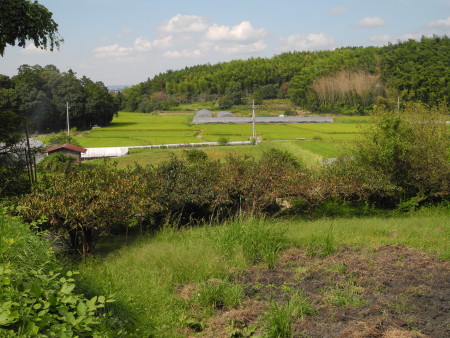 The village shrine is inside the grove in the center. 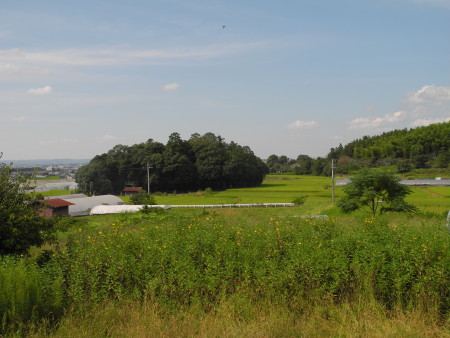 We walked around the same places as we walked in autumn. Various flowers were blooming here and there, because this winter was warm. 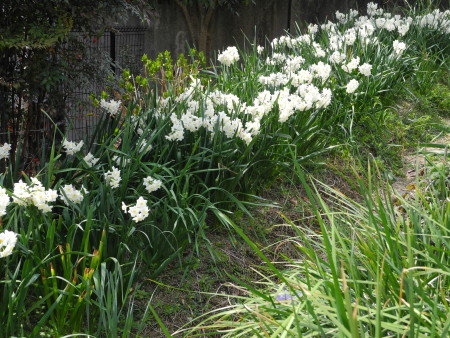 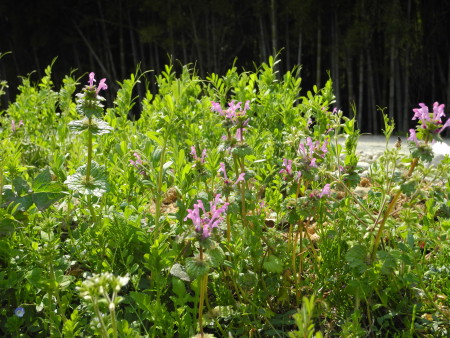 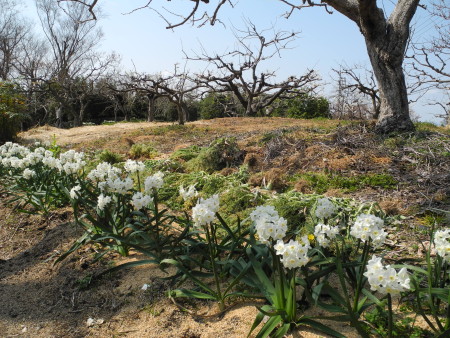 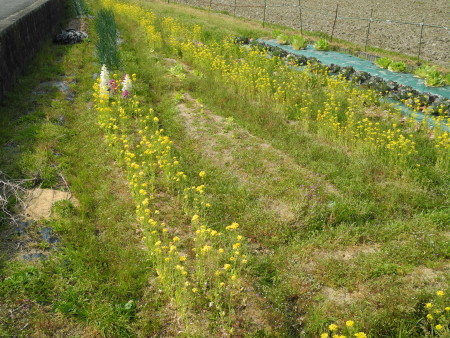 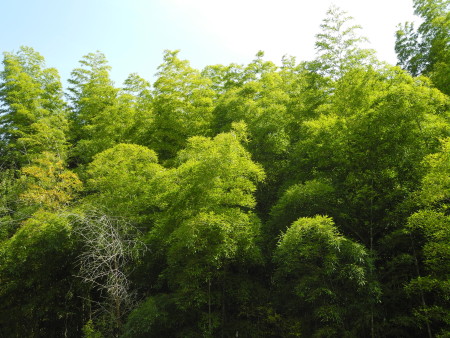 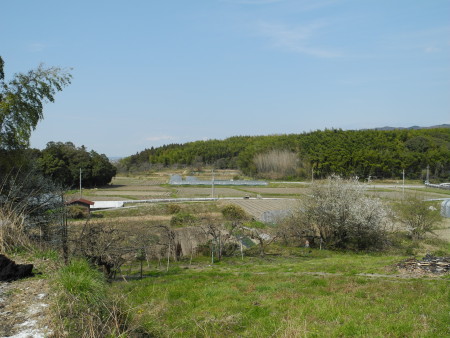 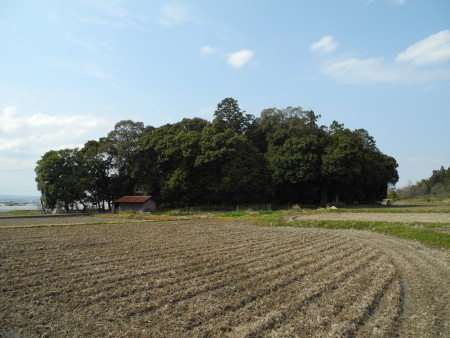 Torii (gateway at the entrance) of the village shrine. 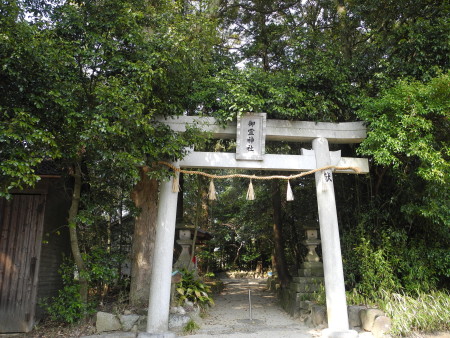 There were no plants on the paddy fields. 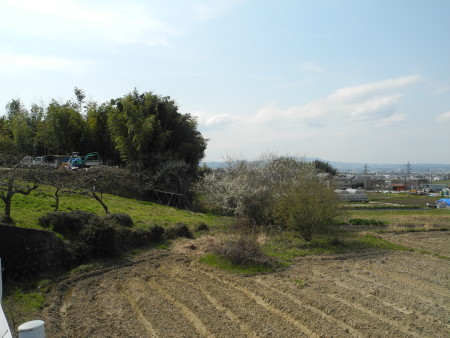 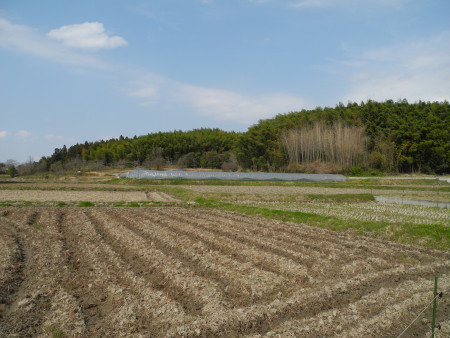 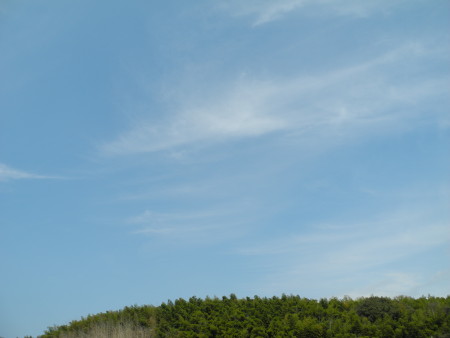 Flowers at the roadside. 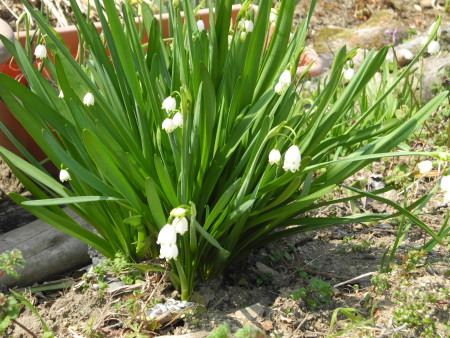 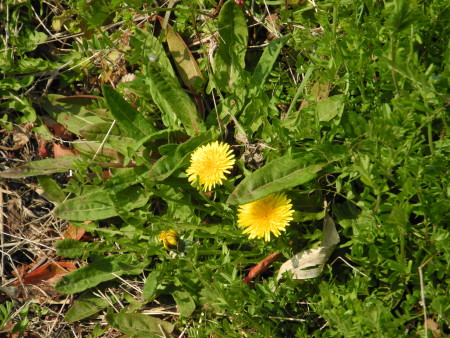 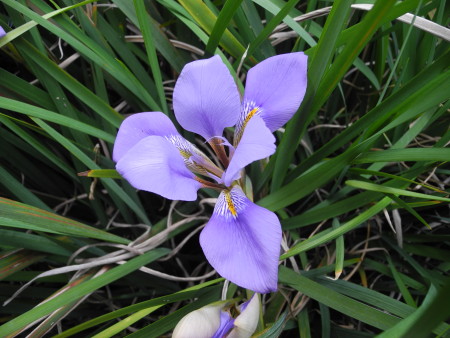 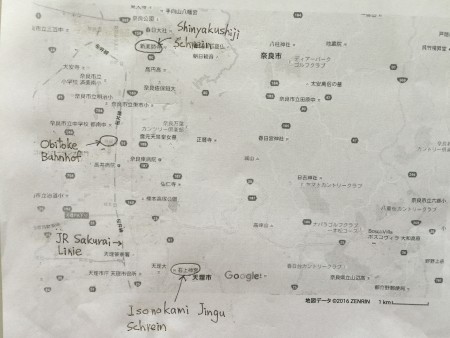 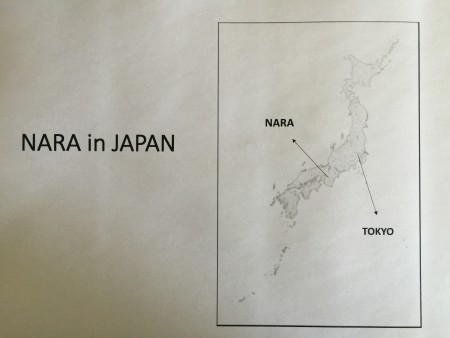