We stayed in a hotel at Karuizawa Kogen (Karuizawa Heights) overnight. We saw mist-hung mountains when we woke up early in the morning. It was raining, but it was just drizzling, and so we took walks on the promenade, which was a 30 minute-walking course, near the hotel. 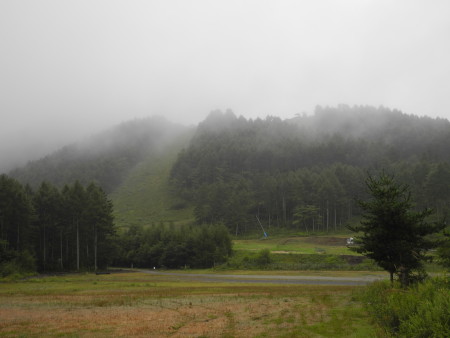 This is the entrance of the promenade. 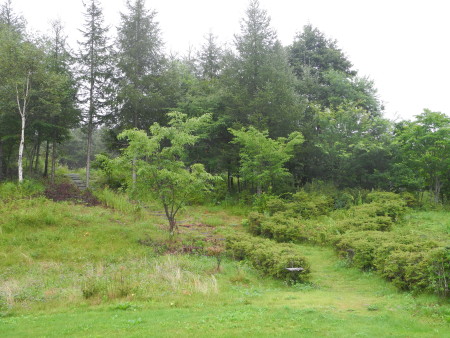 There were signs on the road. 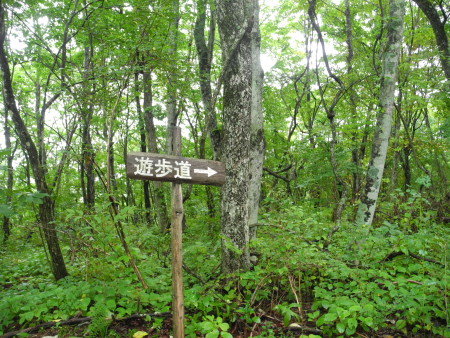 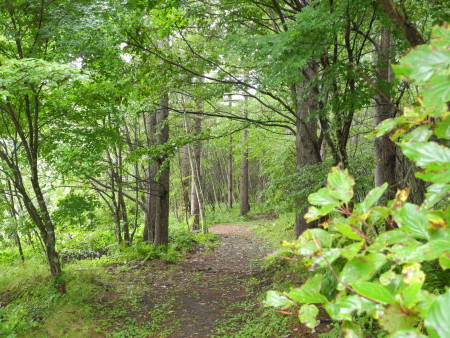 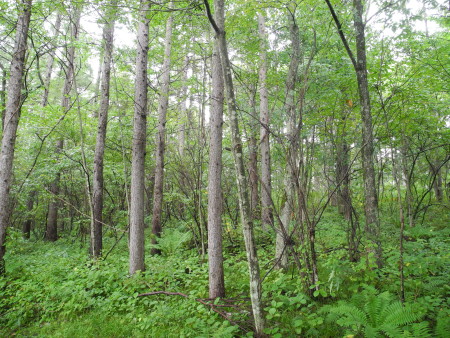 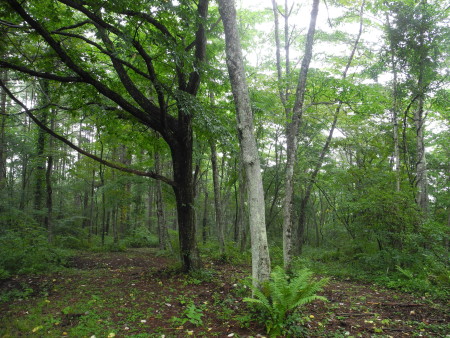 We went to Shiraito no Taki (Shiraito Falls). The place we reached had an atmosphere of a tourist spot that we can find anywhere in Japan. 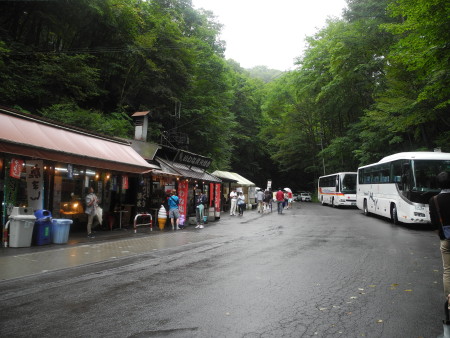 The sign on the side of the roadway, saying that the distance to Shiraito Falls is 150 m. 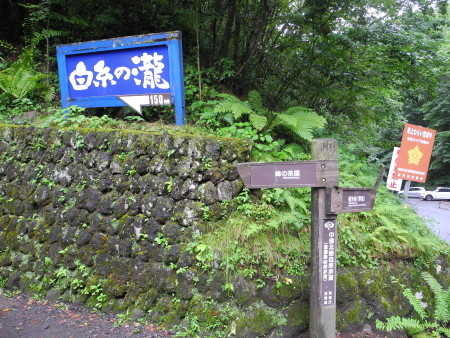 We walked on a narrow promenade for a few minutes while watching the river on the left side. 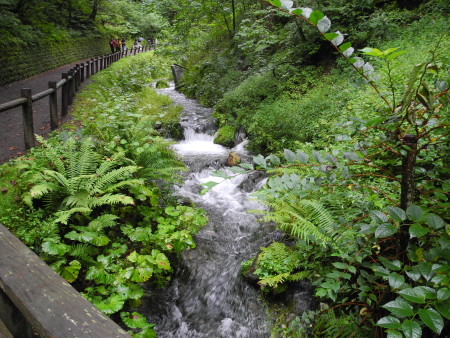 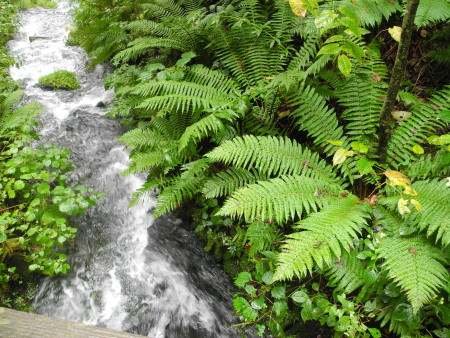 This is Shiraito Falls, having a height of 3 m and a width of 70 m. The water fall is shaped as an ellipsis. Groundwater spouts out from the bare rocks. 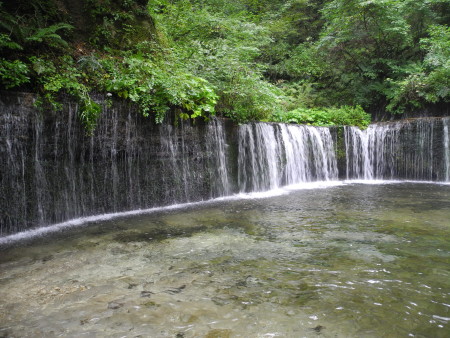 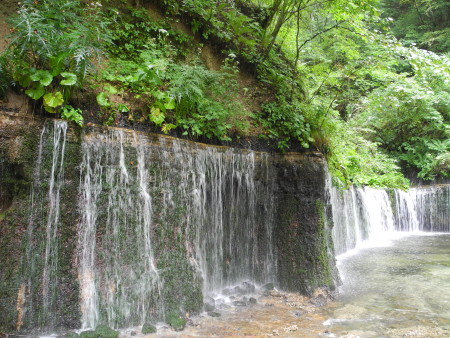 Next, we went to “Manpei Hotel.” This hotel was established by Manpei Sato in 1894 as “Kameya Hotel,” which is the first Western-style hotel in Karuizawa. The name of the hotel was changed to “Manpei Hotel” later, which is still in business today. 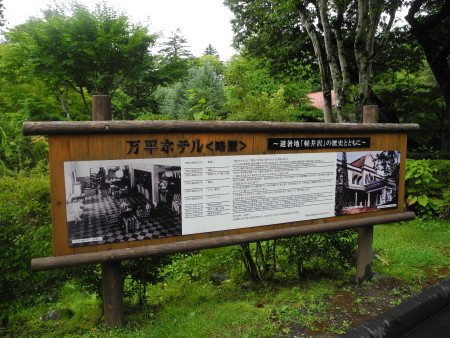 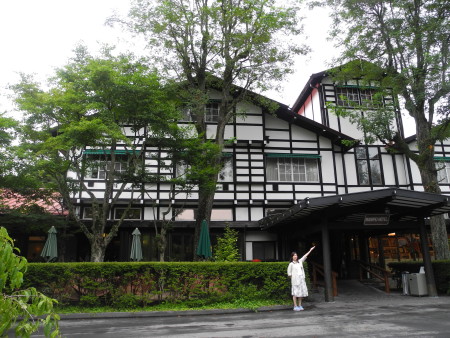 This is a red round mailbox, which is rare in Japan today, beside the main entrance. 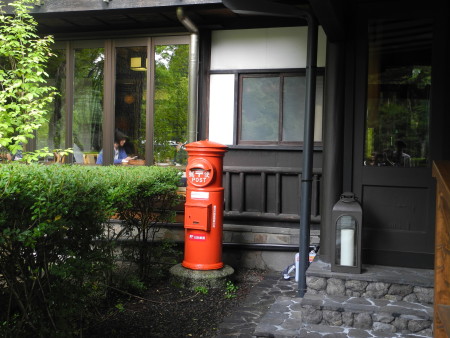 This is the lobby in the hotel. 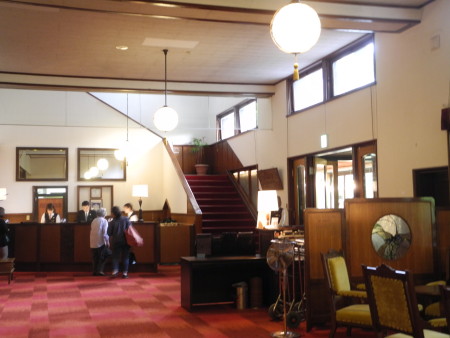 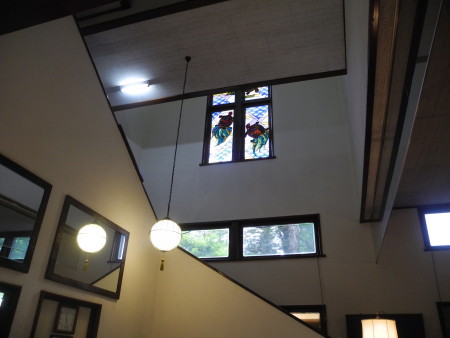 We had tea in the cafe terrace at this hotel. John Lennon and his family frequently visited this hotel. We had John’s favorite royal milk tea, which was initiated by John, and some apple pie. 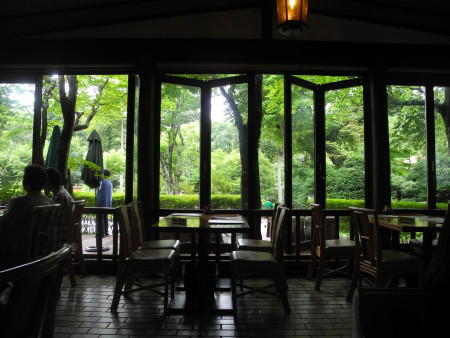 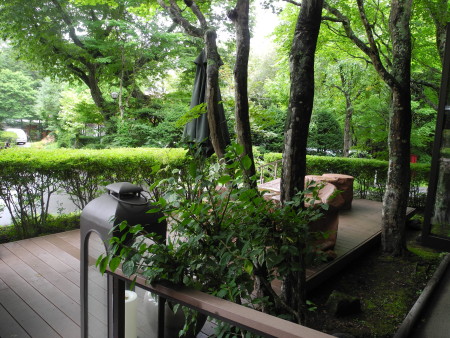 We went to Kyu-Karuizawa Ginza street, which is a main street of Karuizawa, from Manpei Hotel on foot. 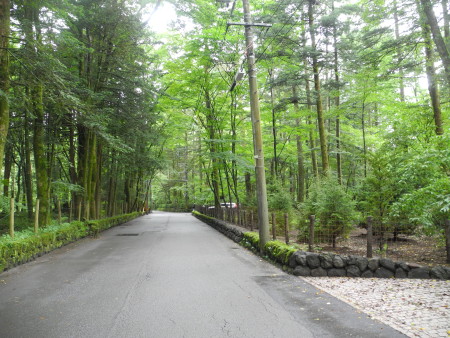 There were tennis courts beside the road. 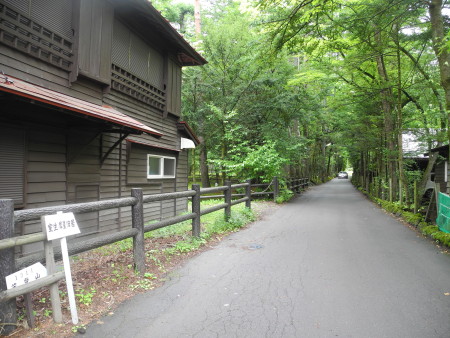 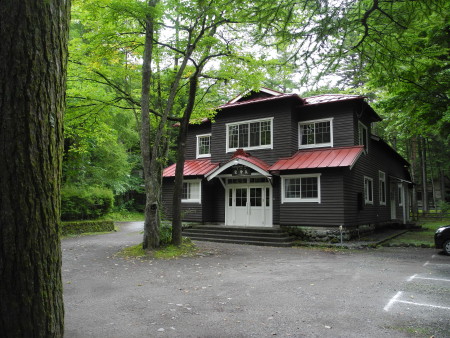 This is the Kyu-Karuizawa Ginza street. The road was wider than what I expected. 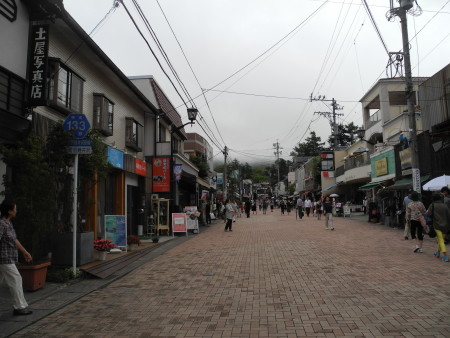 Karuizawa Kanko Kaikan (Tourist Information Office), where you can get information about tourism in Karuizawa. This building utilizes an old building. 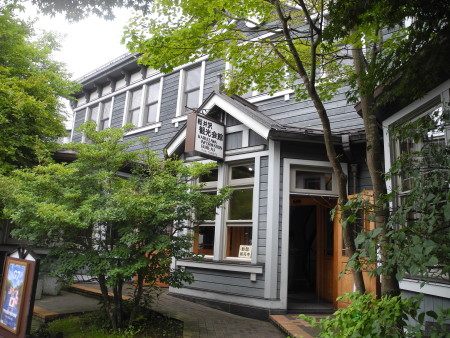 There are many kinds of shops. 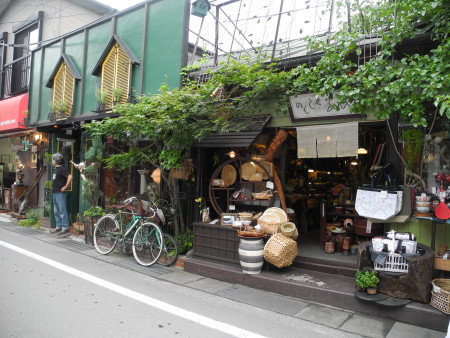 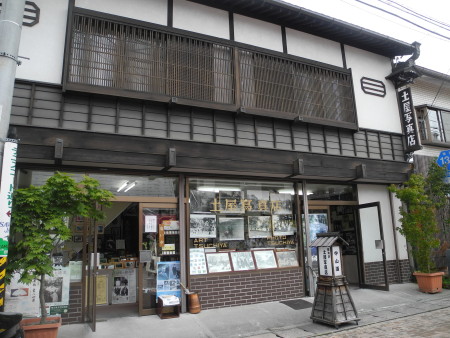 We went back to the place where the car was parked using a different than the one we had come from. 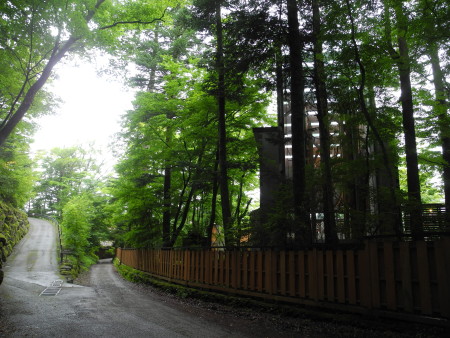 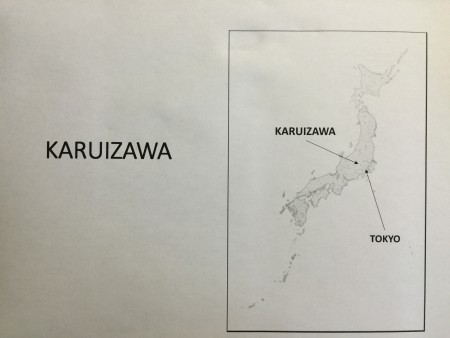