We went to Kamakura.

Enoshima Railway (commonly called “Enoden”) runs slowly, but the train is very tight against the adjacent private homes and nearly spaces against them. 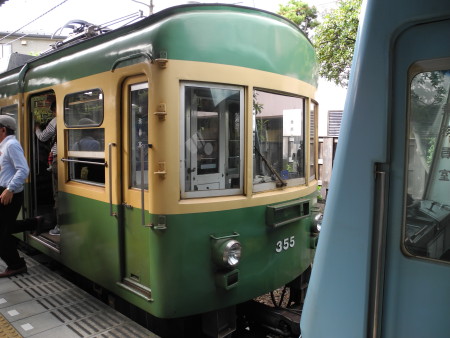 These are “Nio” statues (guardian gods of Deva) at the gate. 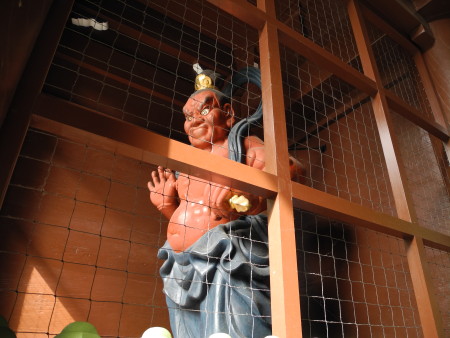 When you enter the garden through the gate, you’ll see the Daibutsu (the great statue of Buddha). Without roof or walls, the statue is exposed to the elements . 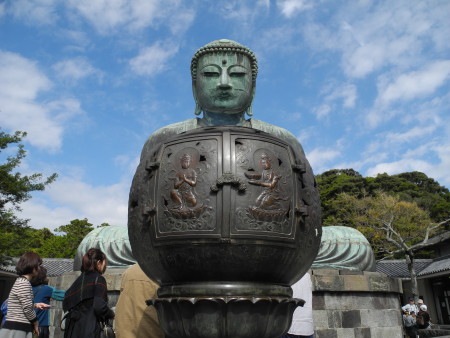 Then, we went to Hasedera Temple. 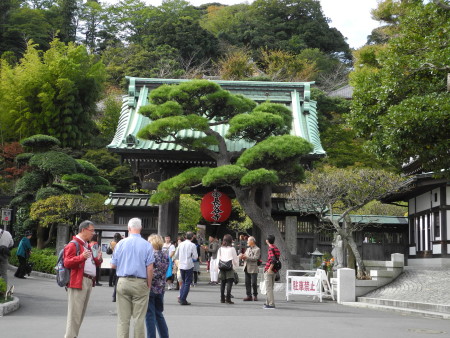 There are a great number of statues of Jizo (the Buddhist guardian deity of children). 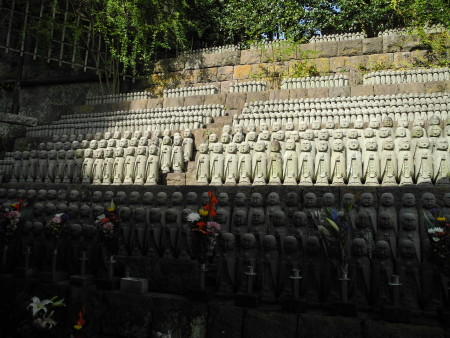 I saw these in the garden. How cute they were! These were also statues of Jizo. There were several kinds of Jizo grouped together. 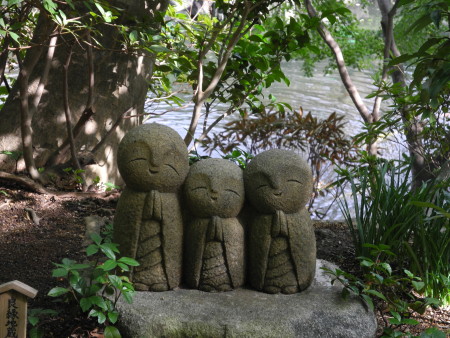 Here you can see Yuigahama Beach from the temple’s garden. 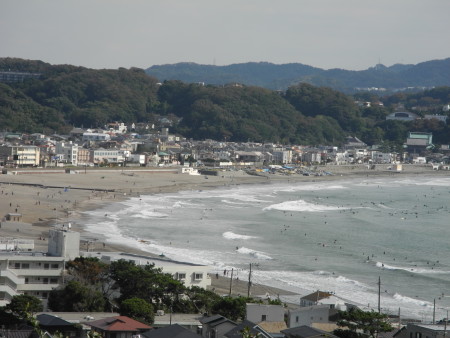 This is Yuigahama. Though it was November, there were surfers on the sea. The mountains seen in the distance look like a Hiroshige Ukiyoe print. (Hiroshge was a famous Edo era ukiyoe artist.) 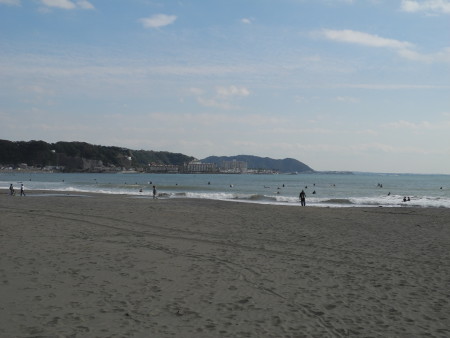 Next, we went  to Tsurugaokahachimanngu (Tsurugaoka Shrine is dedicated to the god of war). 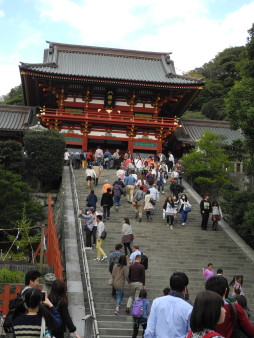 This shrine is deeply connected with Minamoto no Yoritomo. (I wondered whether this statue was Yoritomo himself. I wasn’t sure.) 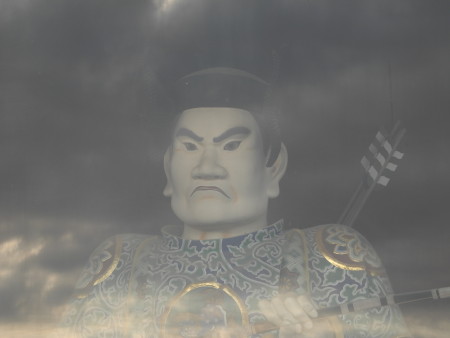 Finally, this is Zeniaraibenten Shrine. Here, worshippers wash their money and present it the god of fortune in hopes that it will multiply. 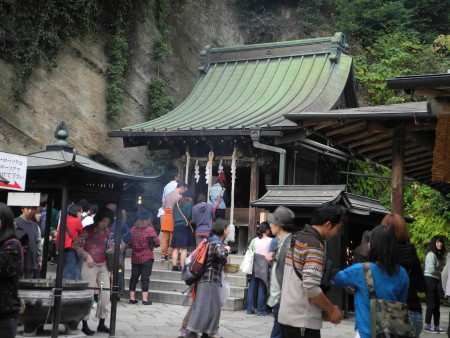 Since this was a one-day trip from Tokyo, we really went slowly and took our time.

Kamakura was a nice place!