While taking a side glance at  Odawara Castle, we started at the Odawara Station on a train of the Hakone Tozan Railway. 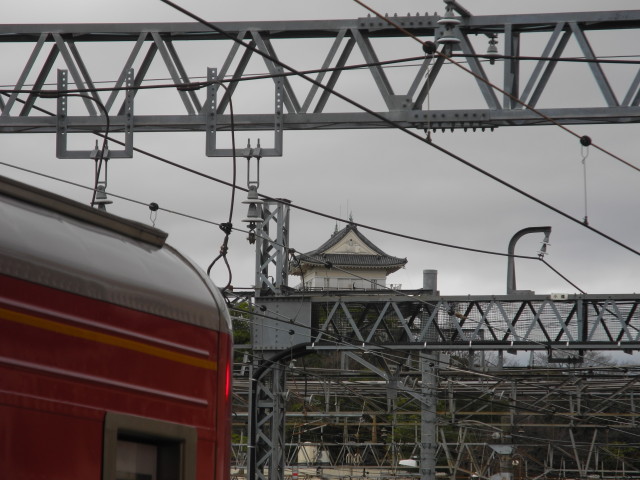 We changed trains at the Gora Station and got on a cable car. Don’t you think that the mountain on the picture looks like a mountain drawn in Utagawa Hiroshige’s Ukiyoe, Hakone-juku in the Fifty-three Stations of the Tokaido? 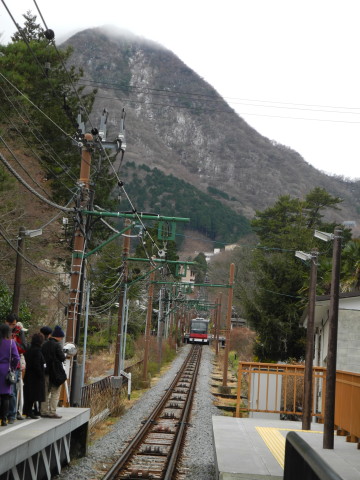 We got off at the Mt. Sounzan Station and got on a ropeway. 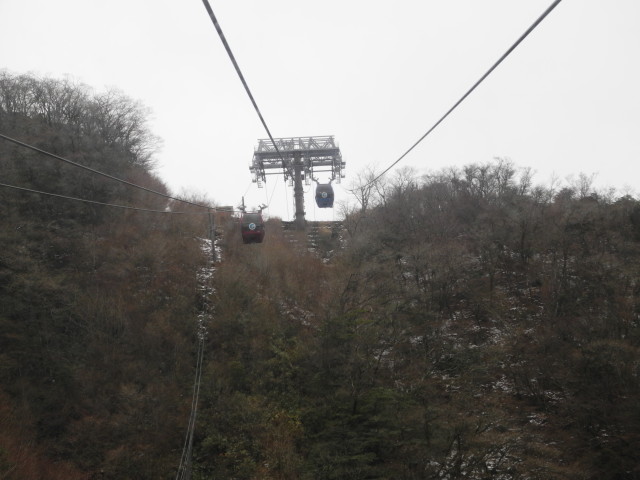 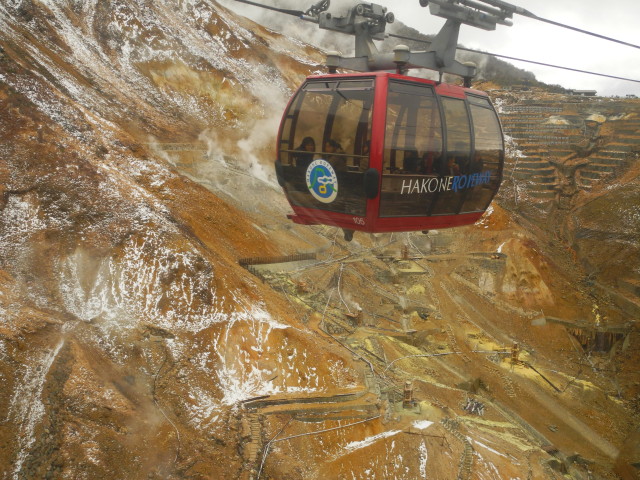 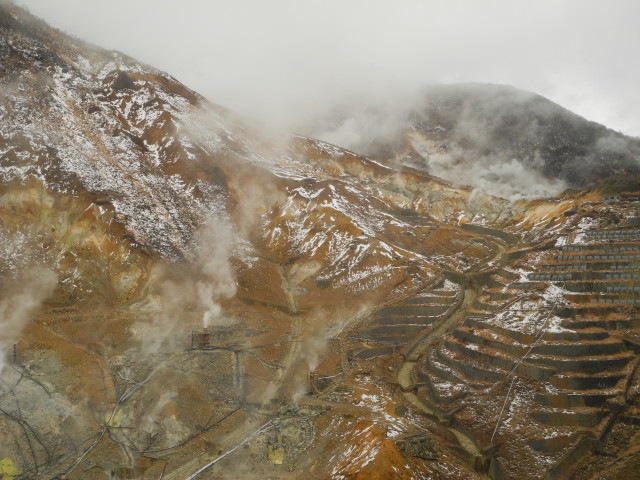 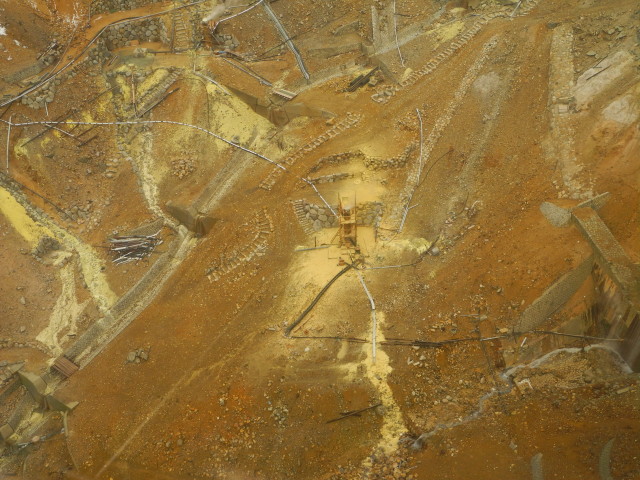 We reached Owakudani, which is the highest place we can reach by vehicle. The area around Owakudani was forbidden to enter just after we visited, due to volcanic eruptions.

If you come here, please be sure to eat the black “Onsen tamago” (boiled egg), called “Kurotamago.” 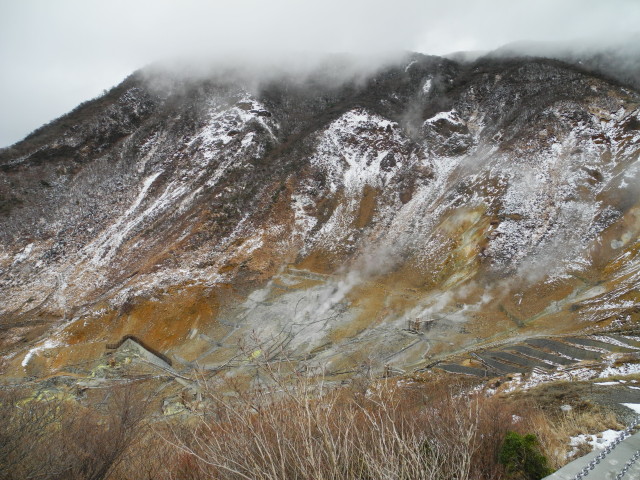 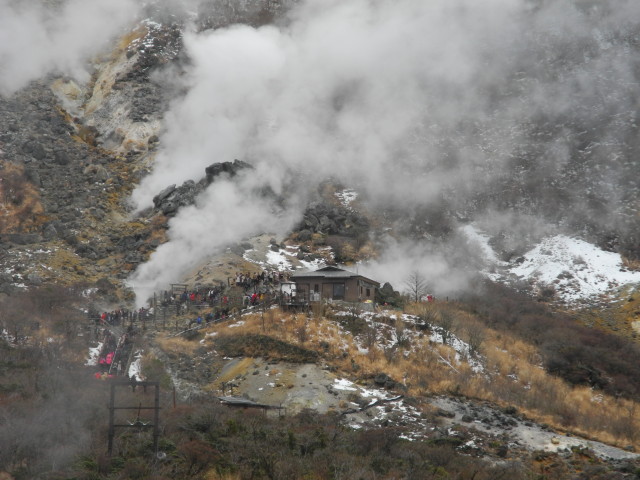 From the Owakudani Station, we went down to Ashinoko Lake through another ropeway. There were many trees on this side. The lake in the distance is the Ashinoko Lake (Lake Ashi). 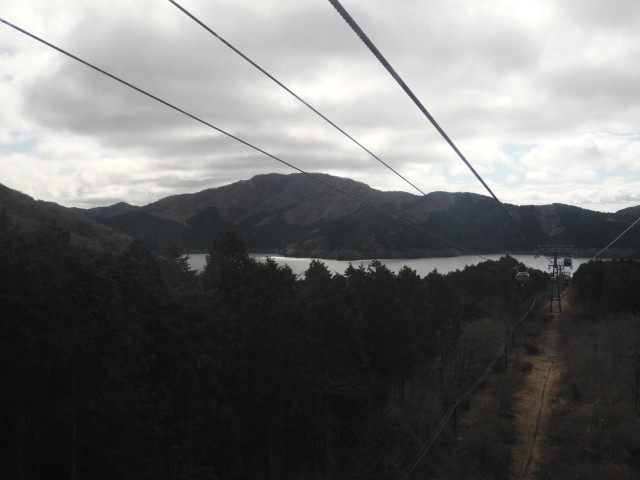 We got off the ropeway at the Togendai Station, and enjoyed a ride on a “Kaizoku-sen” (pirate ship) on the Ashinoko Lake. 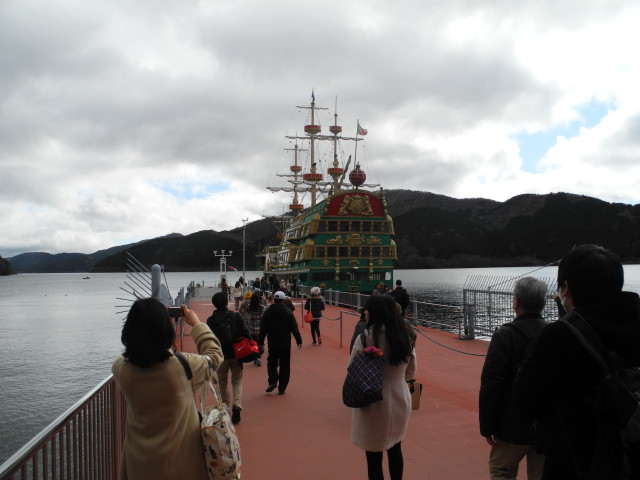 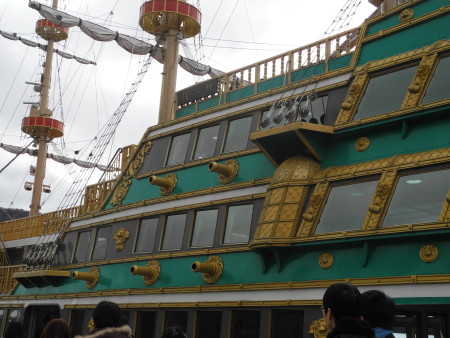 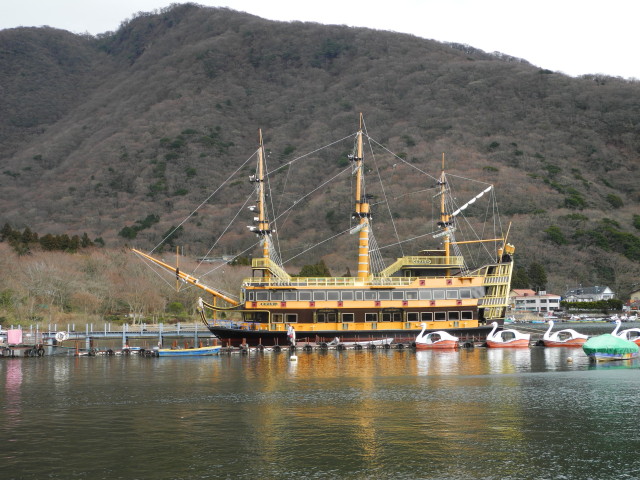 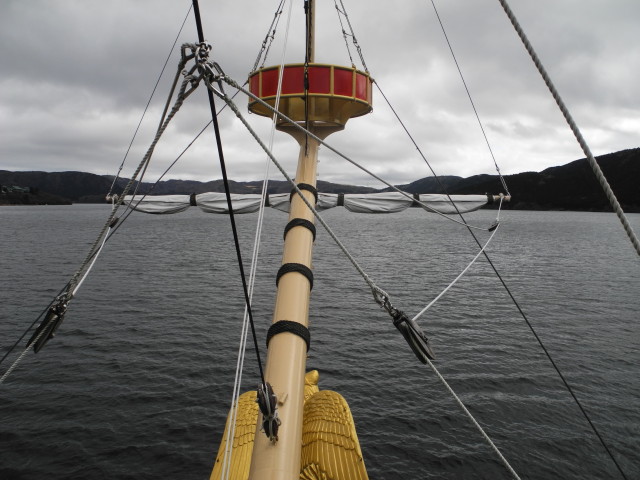 This is a view from the ship. Where is Mt. Fuji? 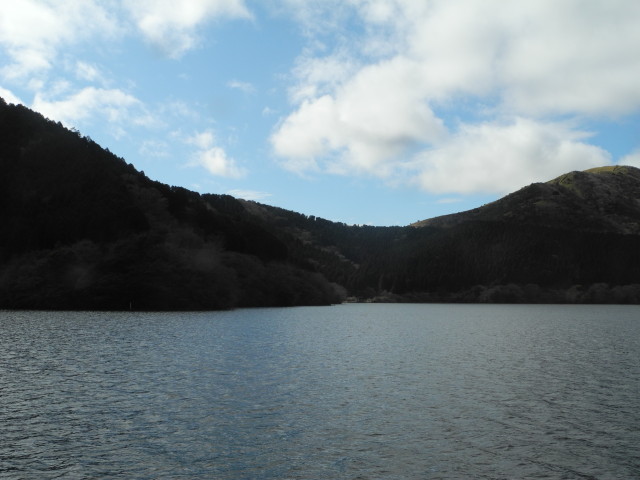 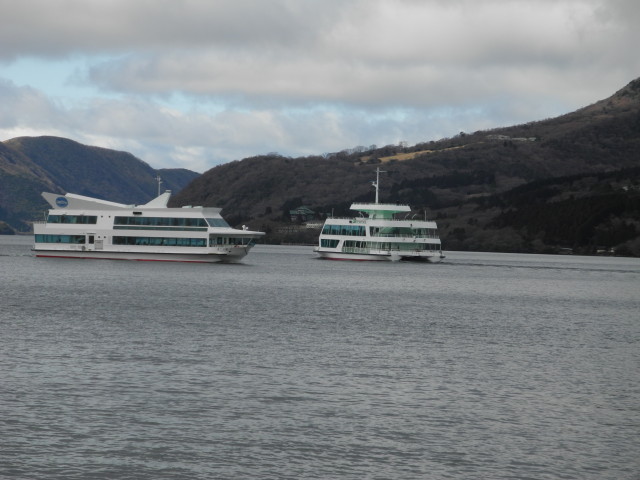 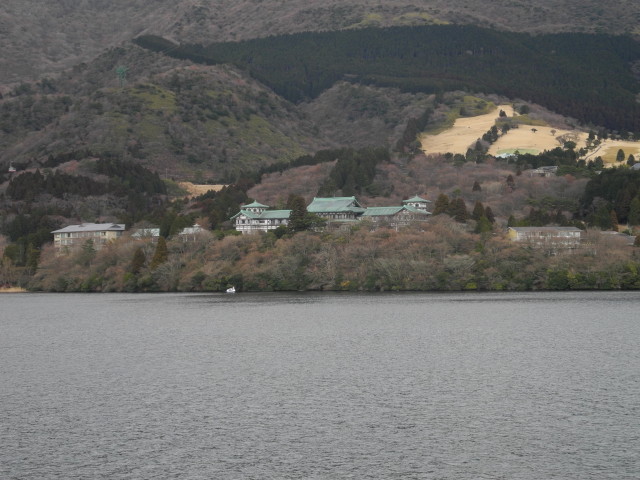 The red gate may be the Torii (gate of Shinto shrine) of the Hakone Shrine. 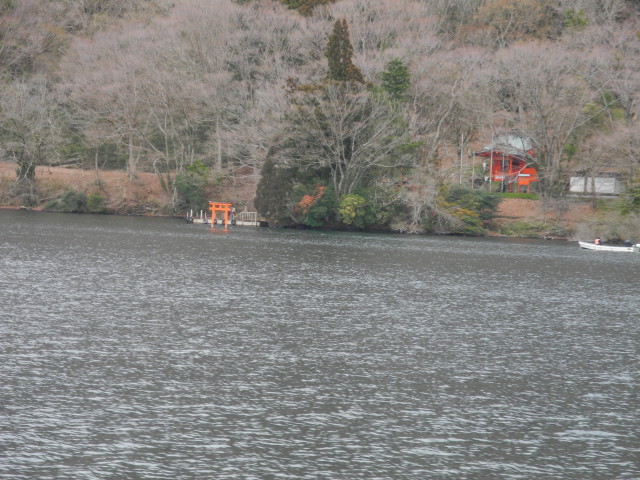 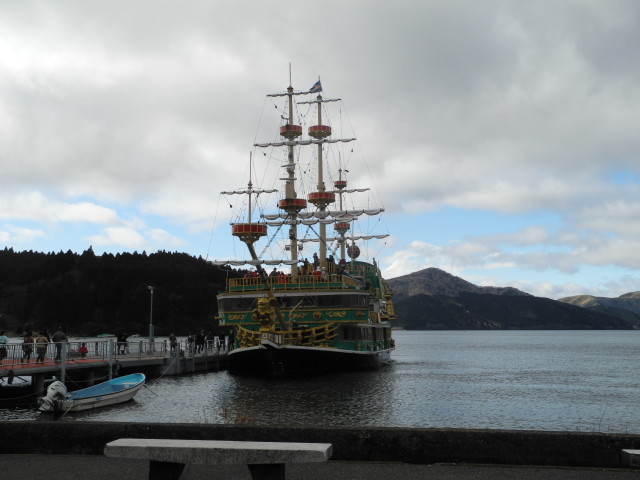 At least, Mt. Fuji was appearing from behind the clouds. (Although it was not clear. . . ) 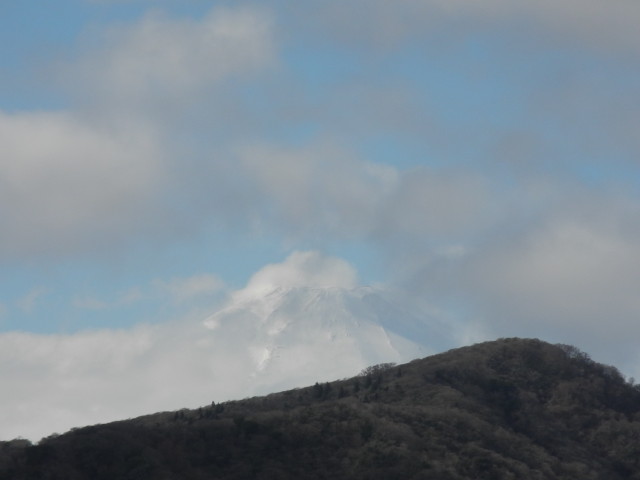 It took a few minutes from the harbor to reach Hakone “Sekisho“. 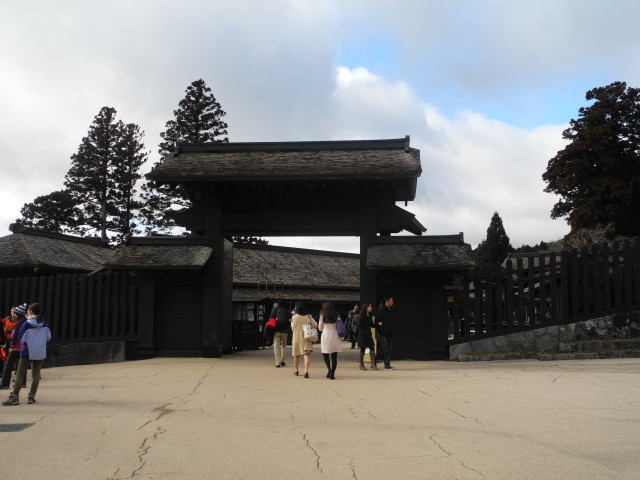 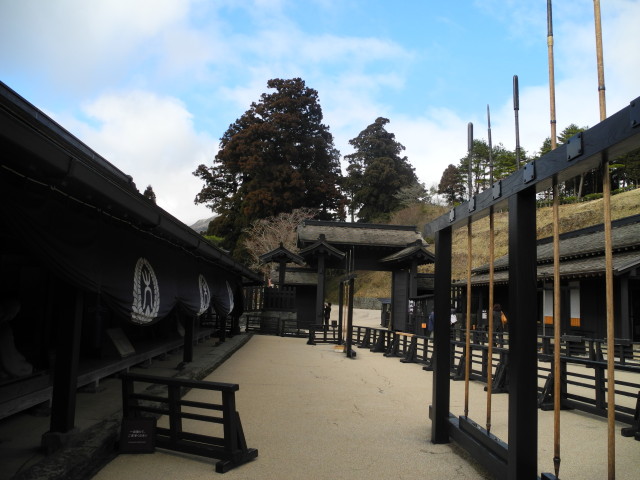 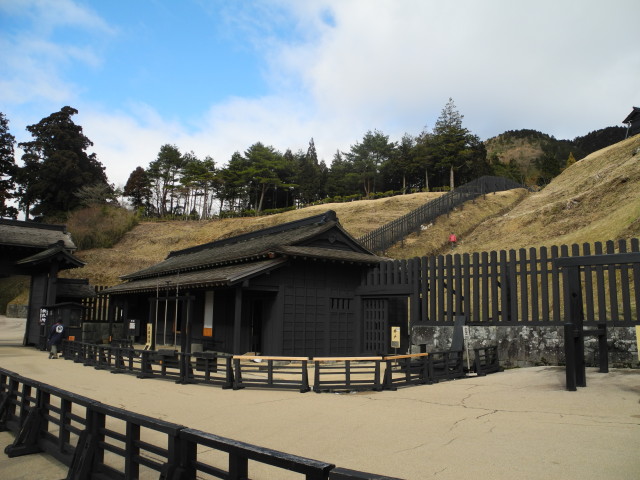 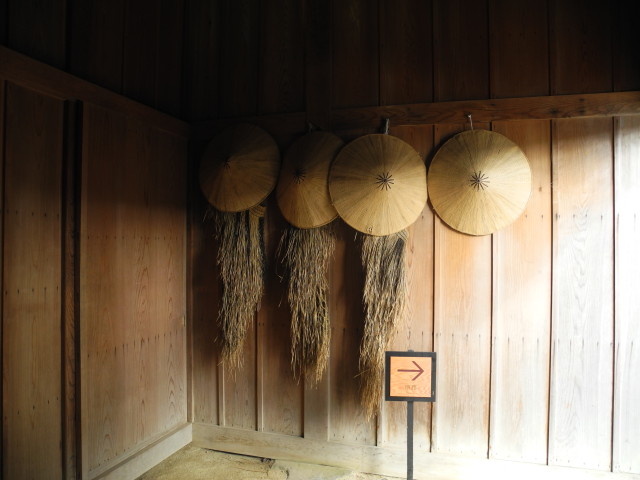 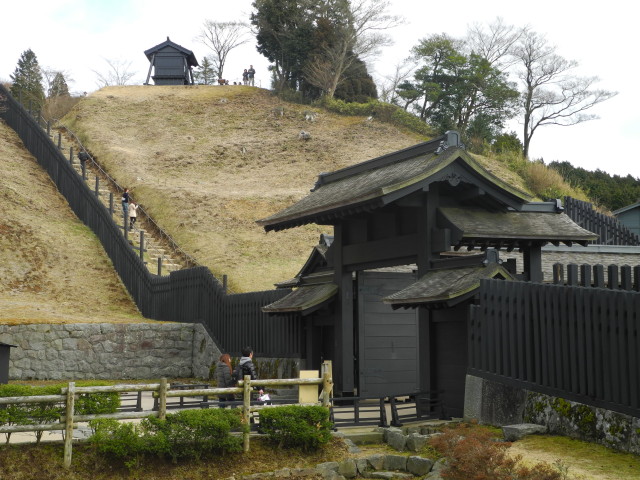 This is Mt. Fuji, from the garden of the Hakone Sekisho. 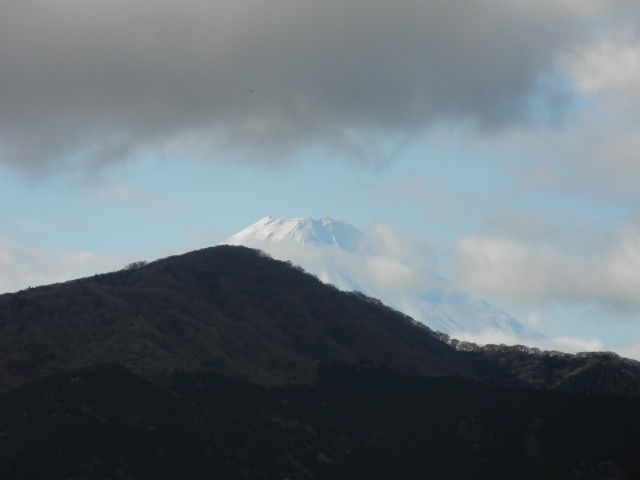 This road seemed to have a taste of a holdover of the Edo period. (It is made of concrete, though.) 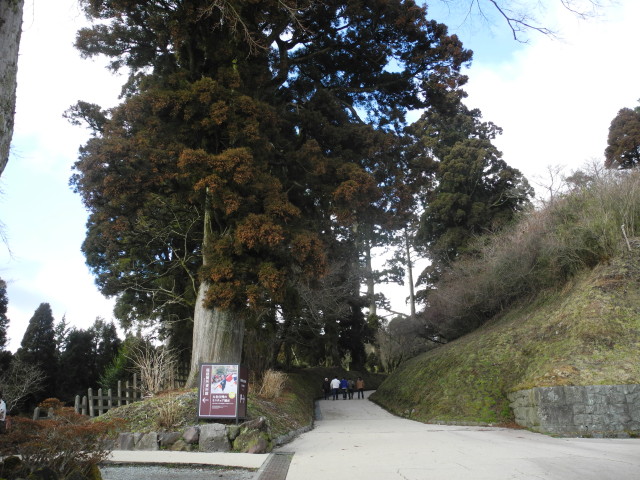 Finally, Mt. Fuji clearly appeared, but we had to go home. . . 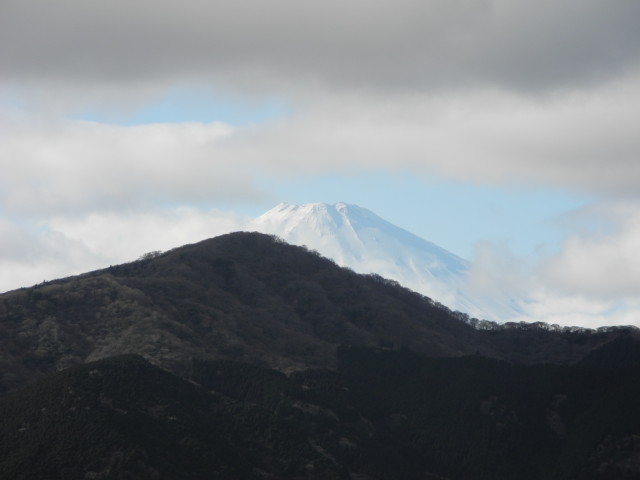 Anyway, I was happy I saw Mt. Fuji!