There is an area where several Buddhist temples are gathered, which is called “Teramachi,” when you go southward about 100 m on foot after getting off at Hanshin Amagasaki Station. 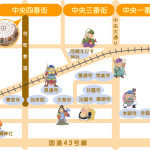 Teramachi was established in the Edo period, when Amagasaki Castle was constructed, by gathering temples standing in the area where the castle was to be built into one place. Teramachi has 11 Buddhist temples and two Shinto shrines.

When you go south from the station, you will find Zensoji temple on the right side. (Please check out the website of each temple, which has an English audio guidance.) 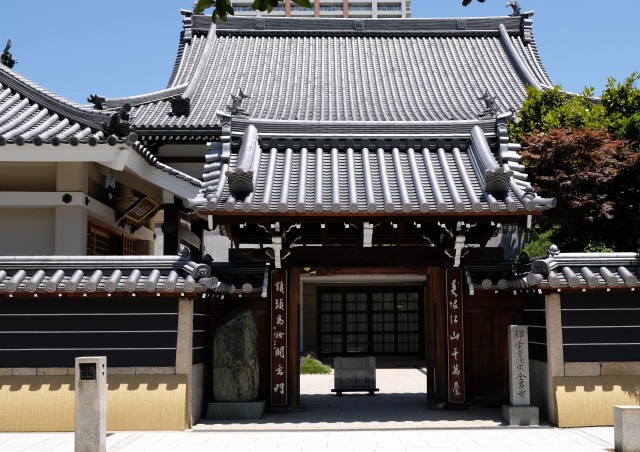 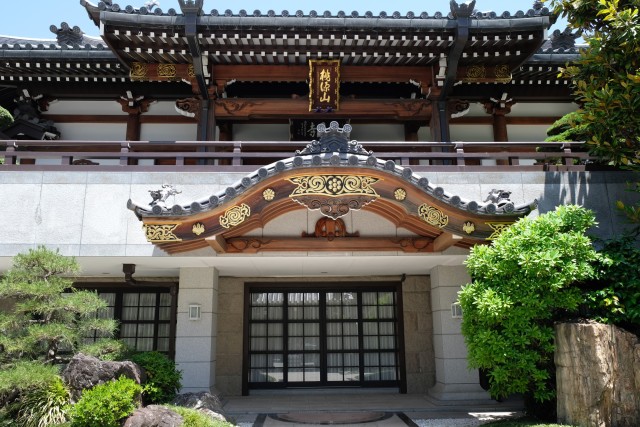 Honkoji temple stands on the west side of Zensoji temple. 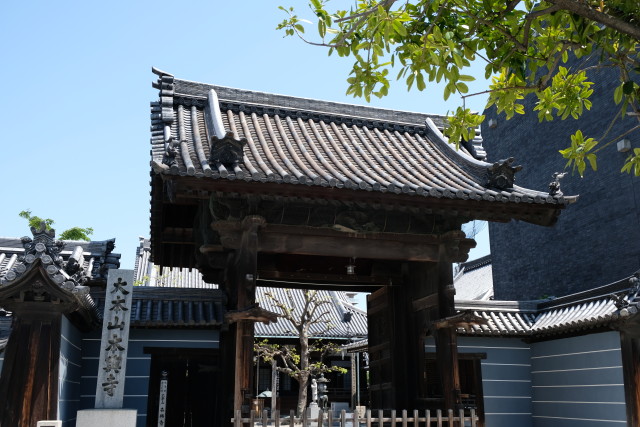 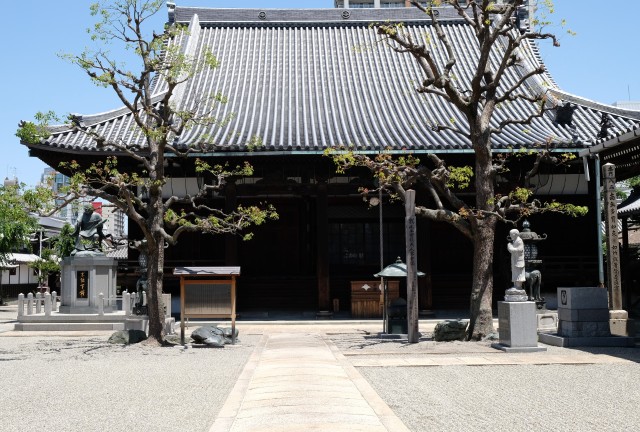 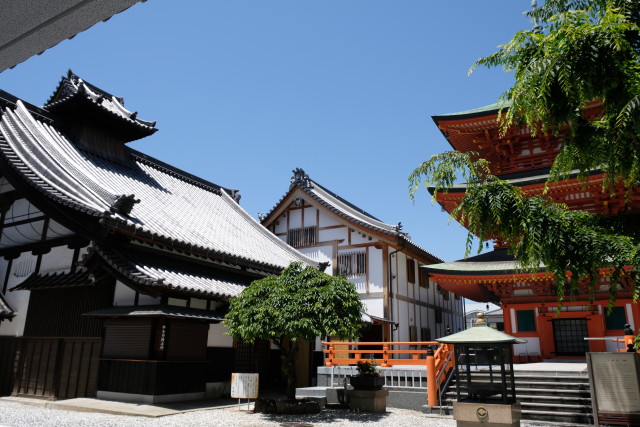 A street extending to the west, which is the first street toward the north from there, is generally called Teramachi. 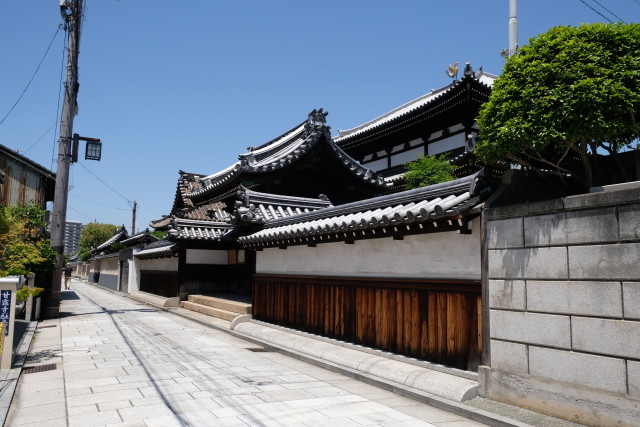 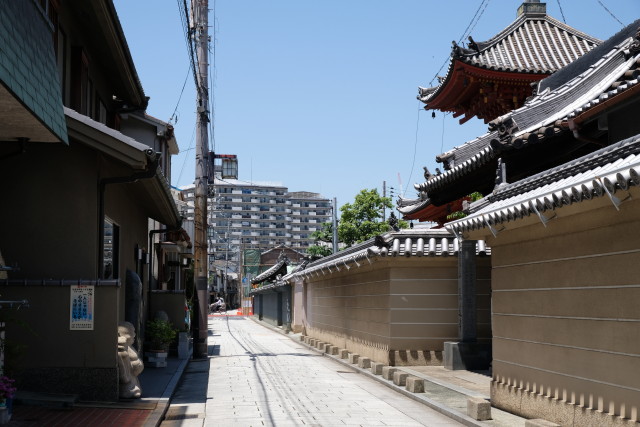 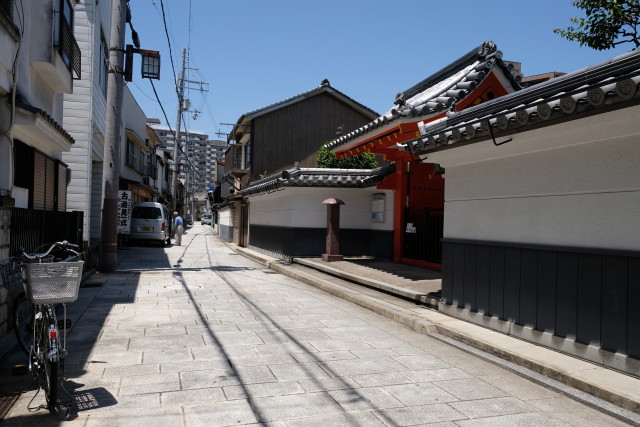 Seven temples stand side by side on the north side of the street. From the east: 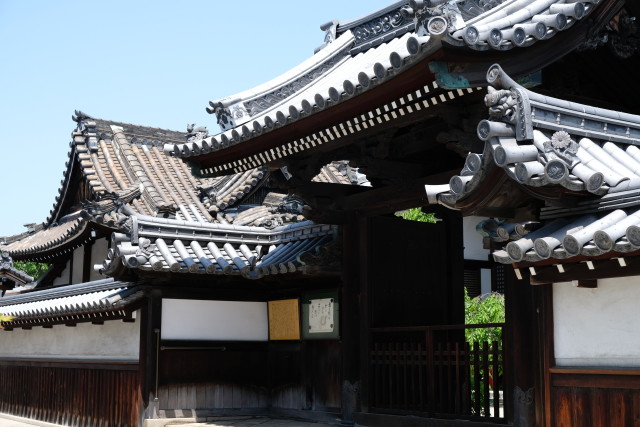 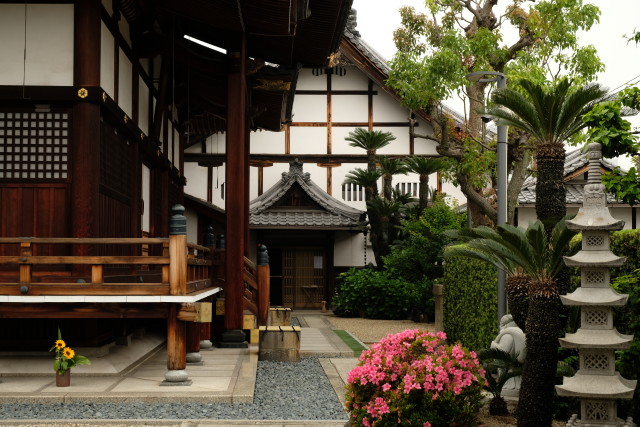 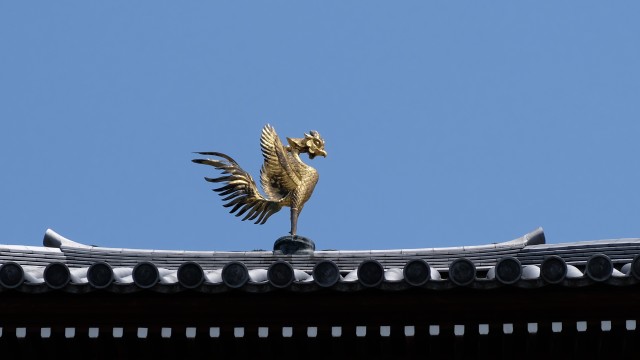 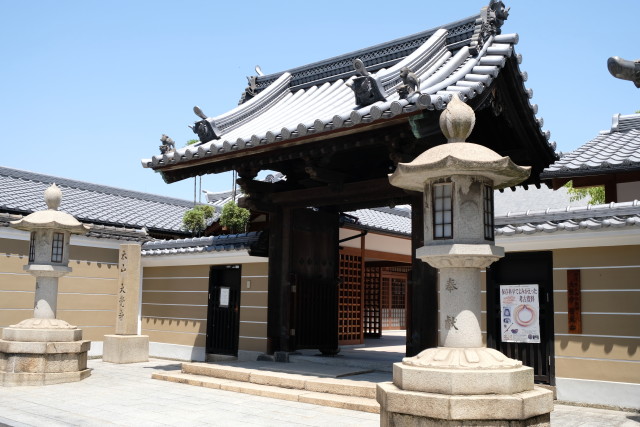 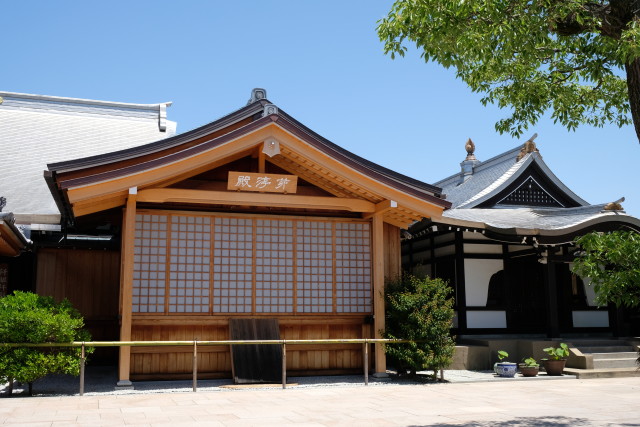 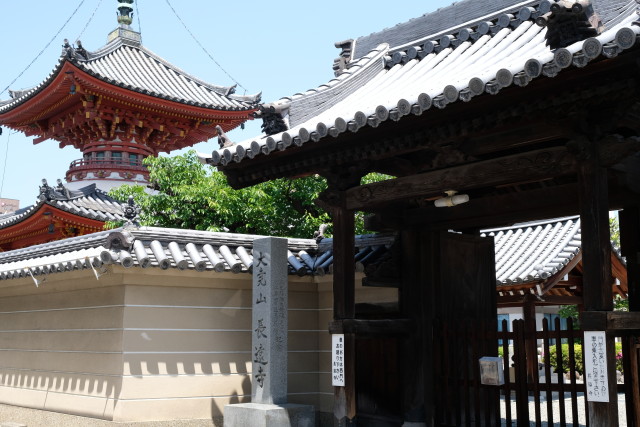 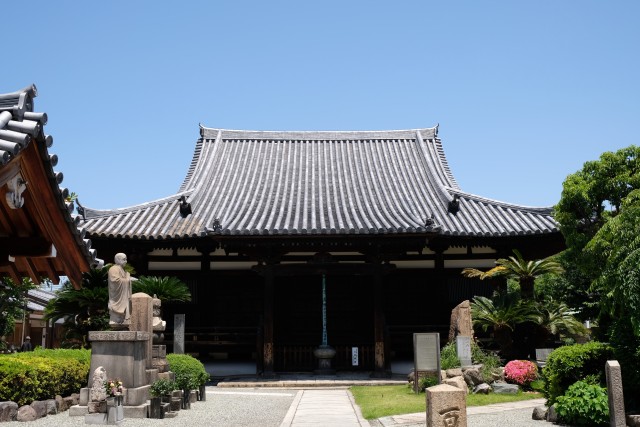 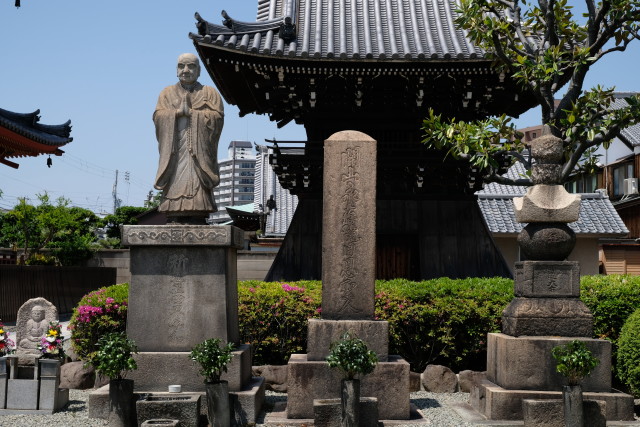 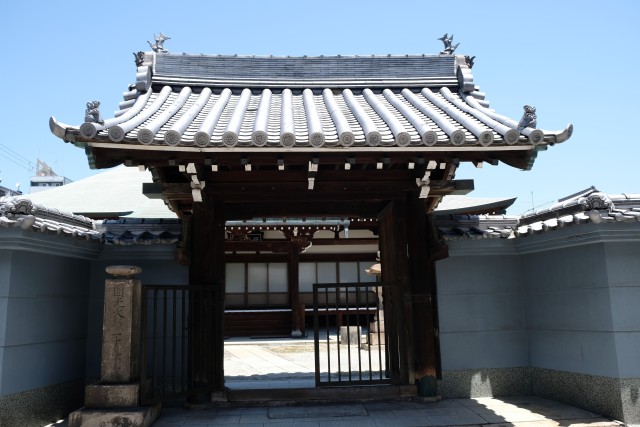 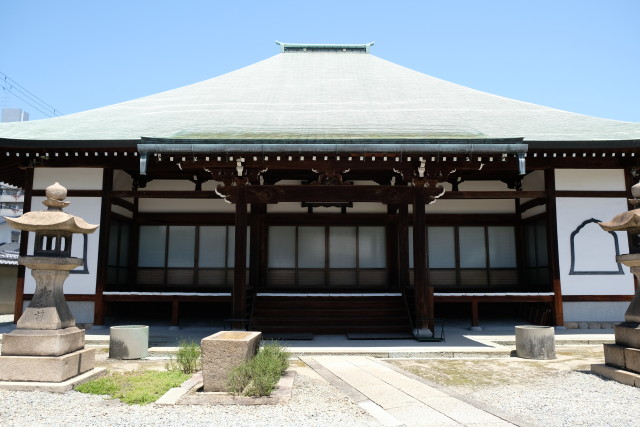 There are shops and private houses on the south side of this street, and they make somehow a familiar atmosphere. 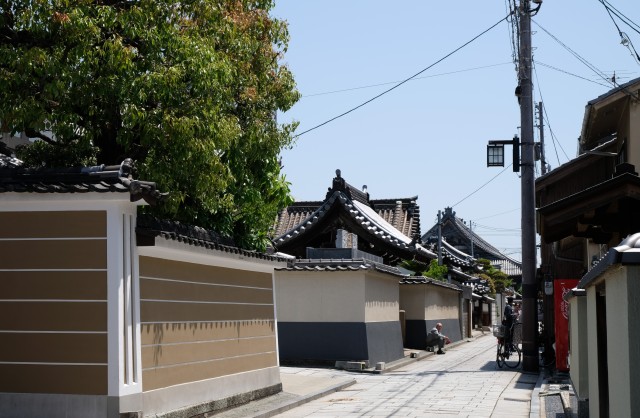 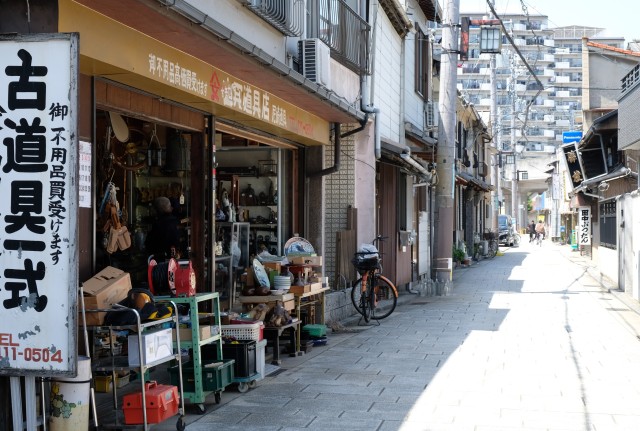 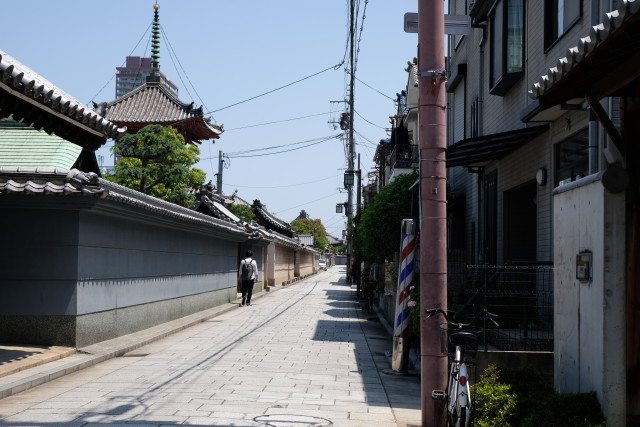 One street to the north, you can see the back sides of the temples that you have seen previously. 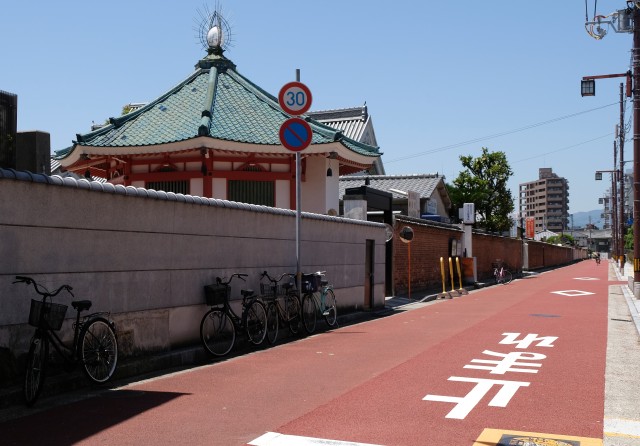 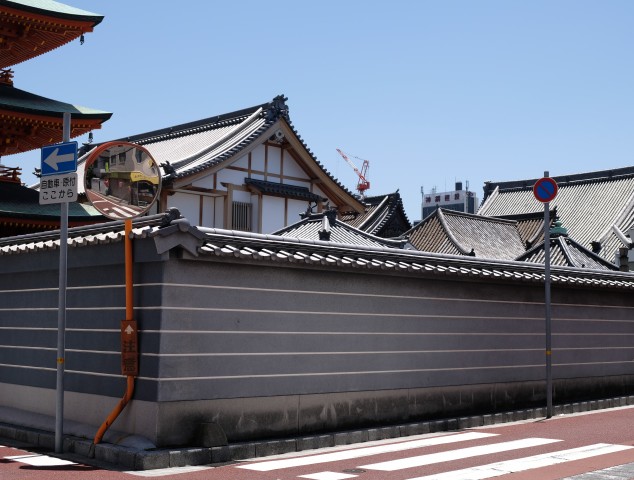 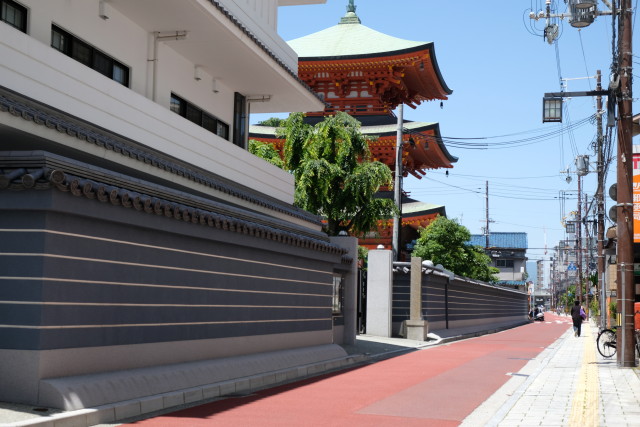 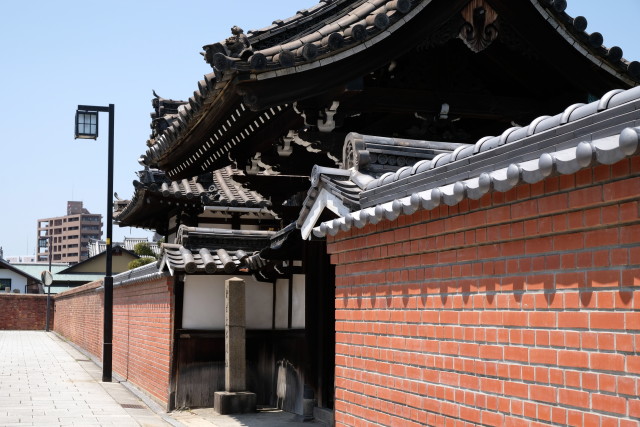 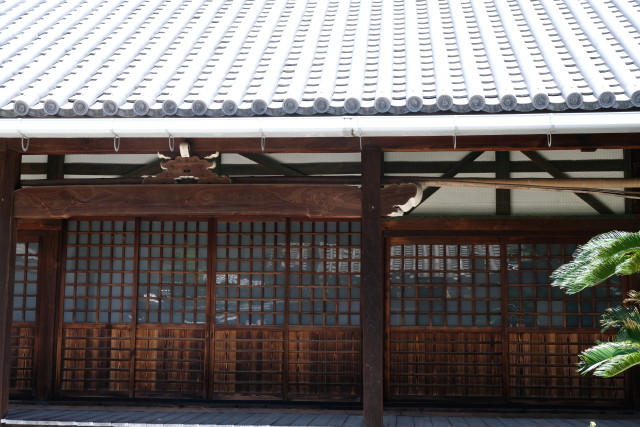 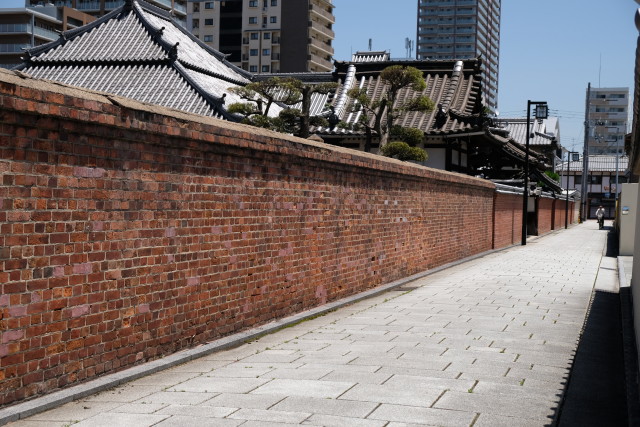 There are two Shinto shrines near here.

You can go around the area in half a day if you don’t linger, but buildings in each temple are characteristic and interesting. You can also make “Shichifukujin-meguri” (a tour of the Seven Deities of Good Fortune).