Itami City, located in southeastern Hyogo Prefecture, is a small city having a total population of 200,000, but is easy to commute, because Itami is close to Osaka and Kobe and has both stations of Hankyu and JR line. In addition, there are many Shinto shrines and Buddhist temples in this city, and places of recreation and relaxation here and there. 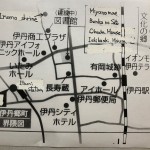 I took a walk from Itami station on Hankyu railway to “Inano” shrine and old town houses in “Miyanomae Bunka no Sato (culture community)”, “Okada” house and “Ishibashi” house. I’d like to introduce the center of “Itami” city in 2 parts.

This is “Itami” station on the “Hankyu” railway. 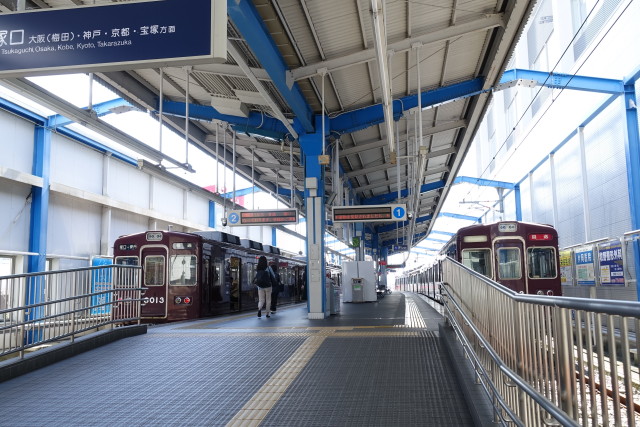 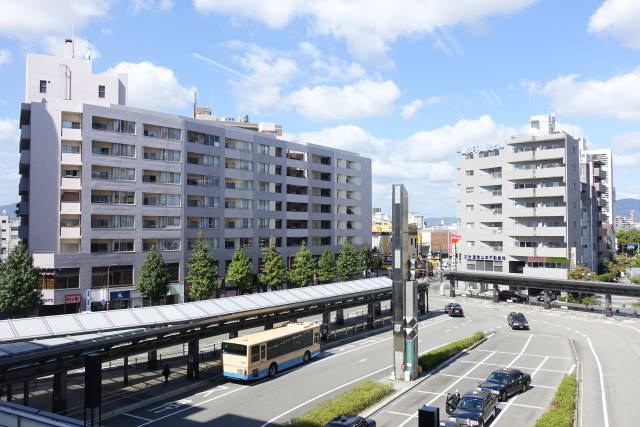 There is a small square when you get off at “Itami” station on the “Hankyu” railway and walk to the east a few minutes on foot. 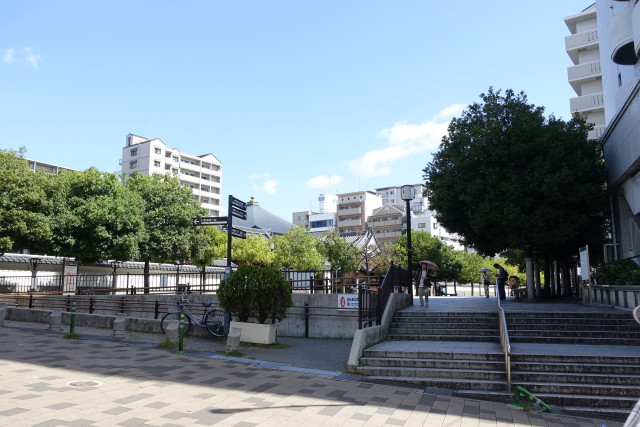 Three Buddhist temples stand in a line on the north side of the square, and thus the square’s name is “Sangen Dera Hiroba (Three Temple Square).” 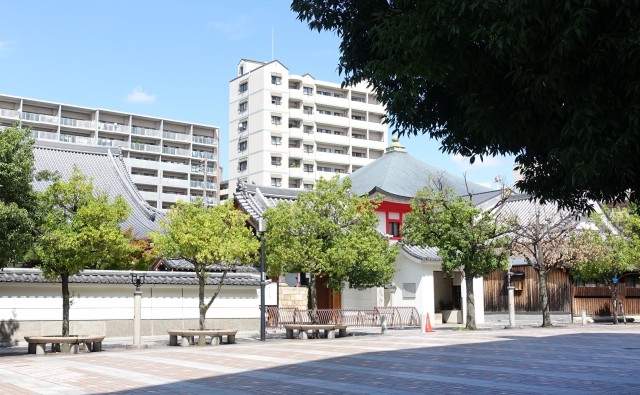 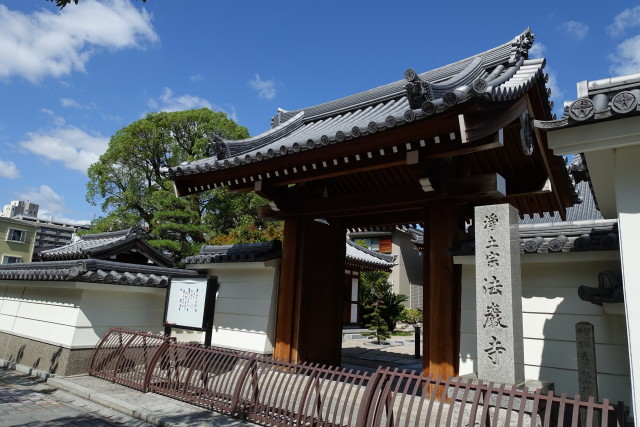 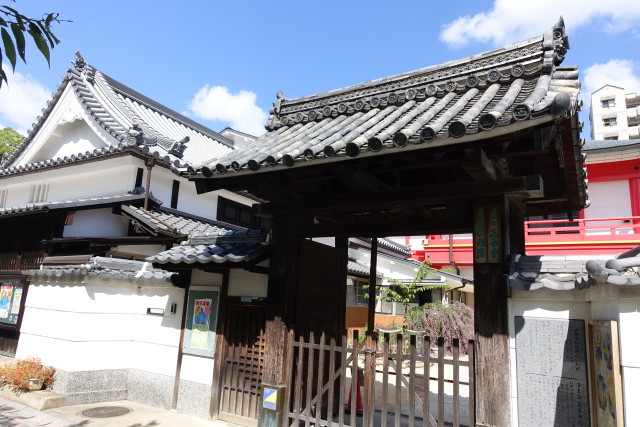 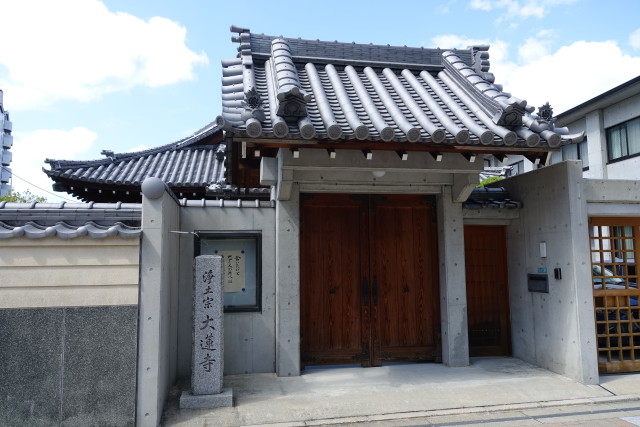 On the east side of this square, water, used for making sake, is offered for free, and many people always stand in a line. You can get refreshing water here. 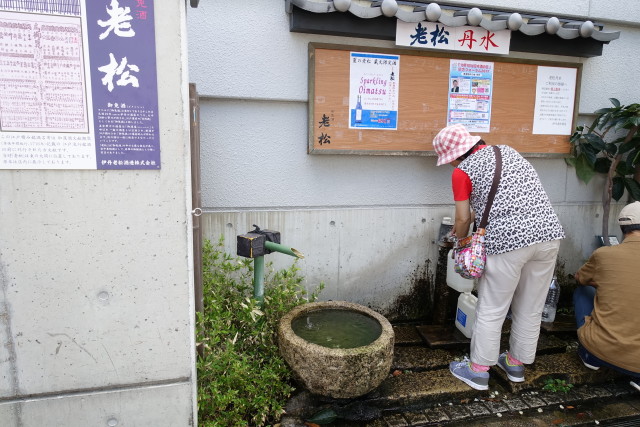 There is a Buddhist temple of the Shingon sect, “Kongoin” when you walk toward the north from the square for about 5 minutes. This temple was “betto” (a temple for managing a Shinto shrine) of the “Inano” shrine in the Edo period. Let’s have a look at the temple. 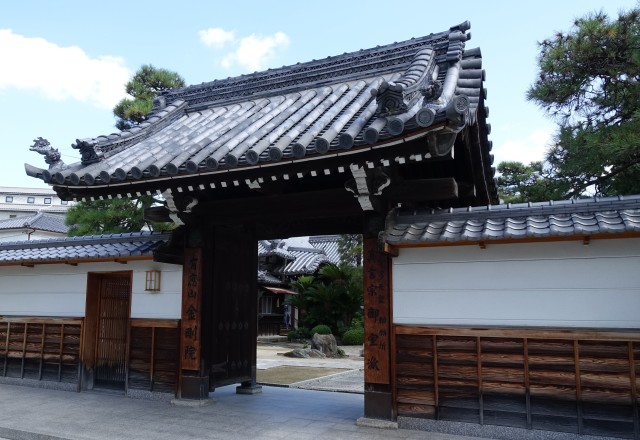 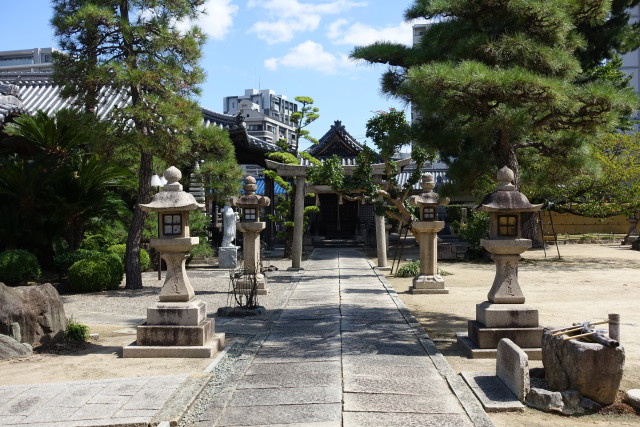 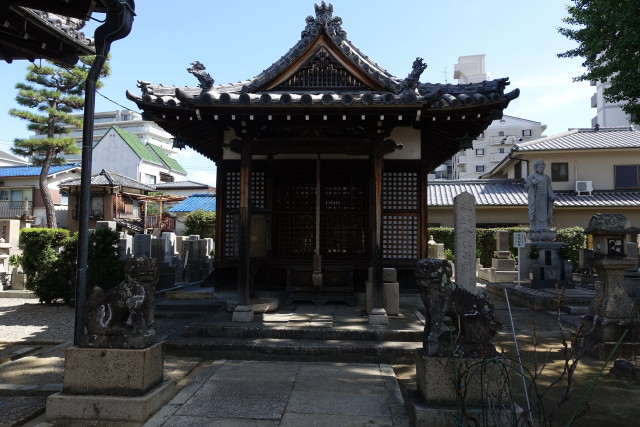 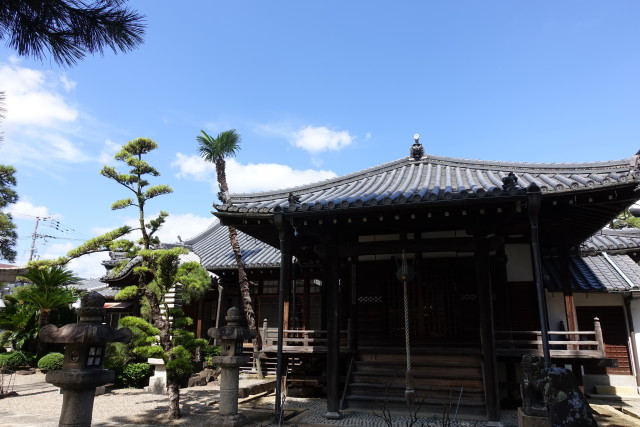 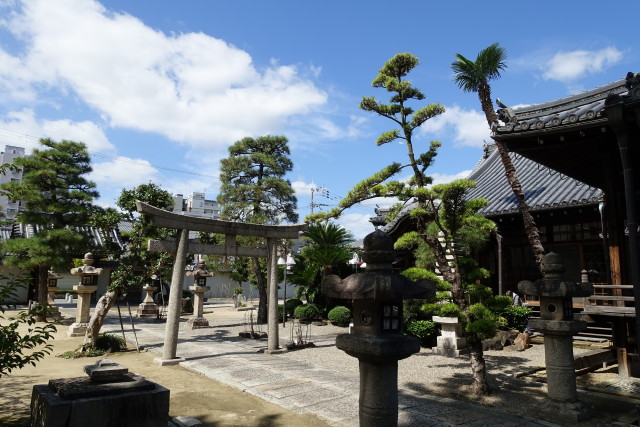 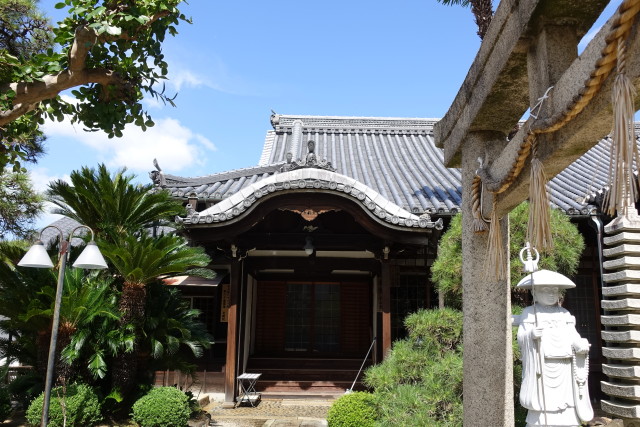 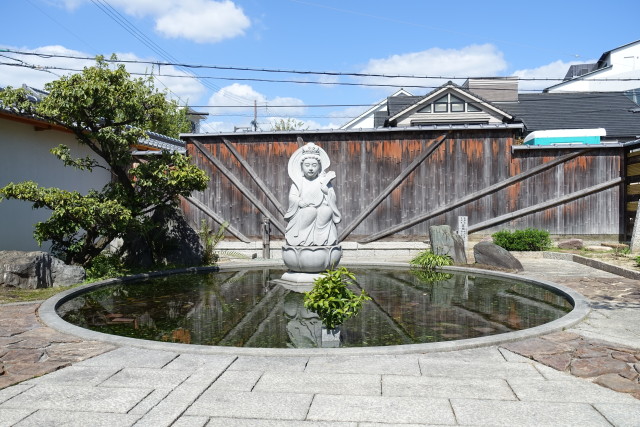 You can reach “Inano” shrine from the temple in a few minutes.

This is the “Torii” gate of the shrine. 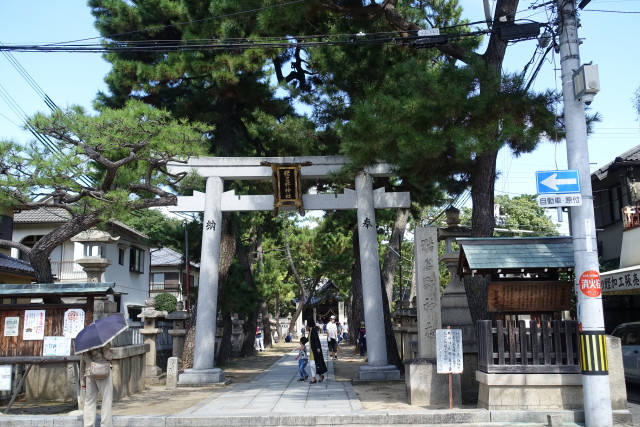 When entering the shrine gate, I saw students of a neighboring school cleaning (volunteer work) the precincts of the shrine. 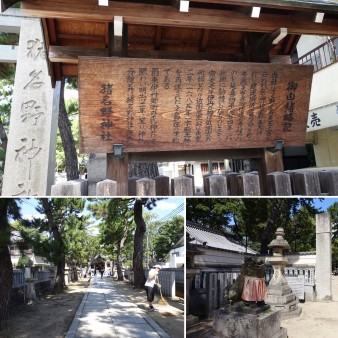 This is “Haiden” (front shrine).  There were many people wearing sashes on which “Itami Kotu Anzen Kyokai” (Itami Traffic Safety Association) was written, in front of the “Haiden,” and I heard the praying voice of a “Kannushi” (Shinto priest). 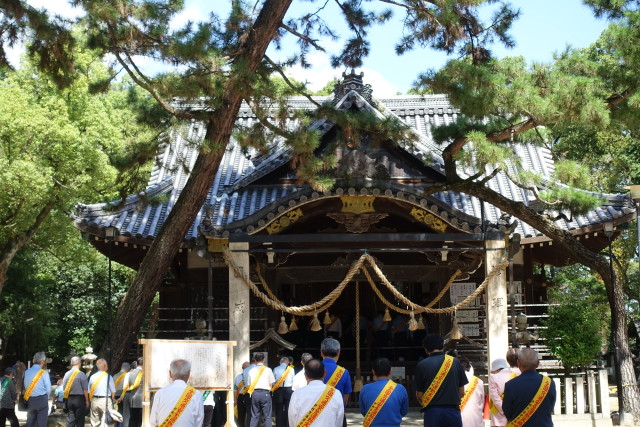 There are many shrines and monuments around the “Haiden.” 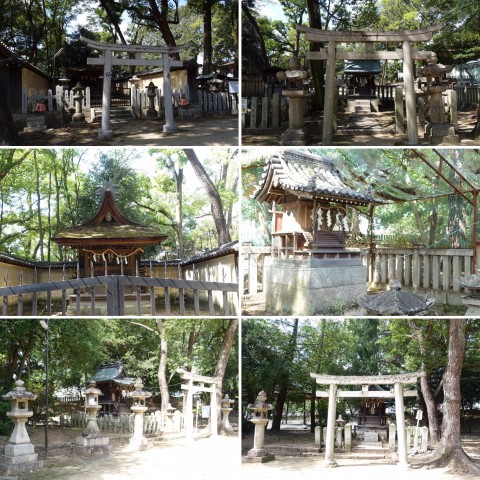 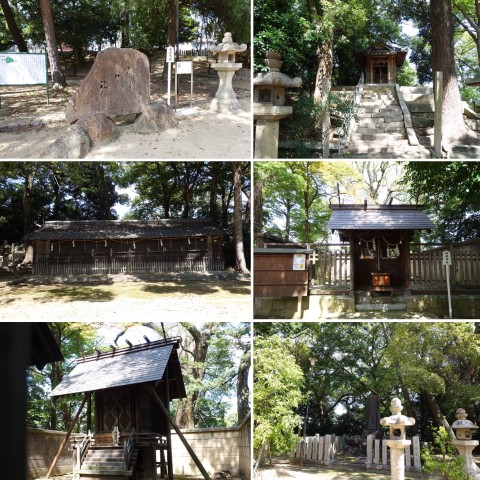 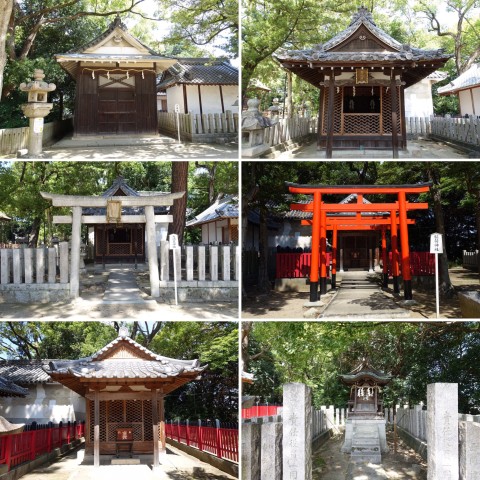 This is a “dohyo” (sumo wrestling ring) behind a small shrine. A sumo training class for children is held every year. 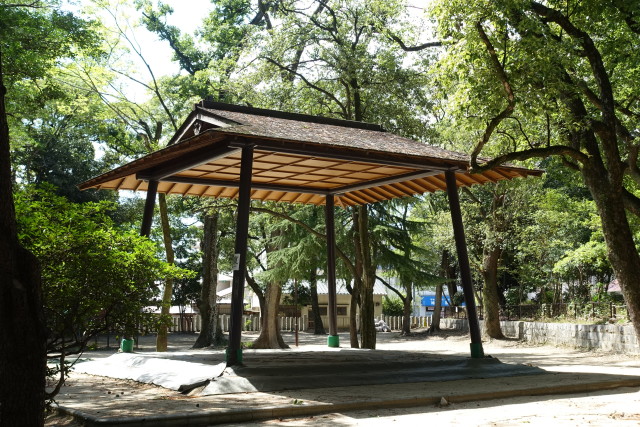 This is the “Honden” (main shrine). 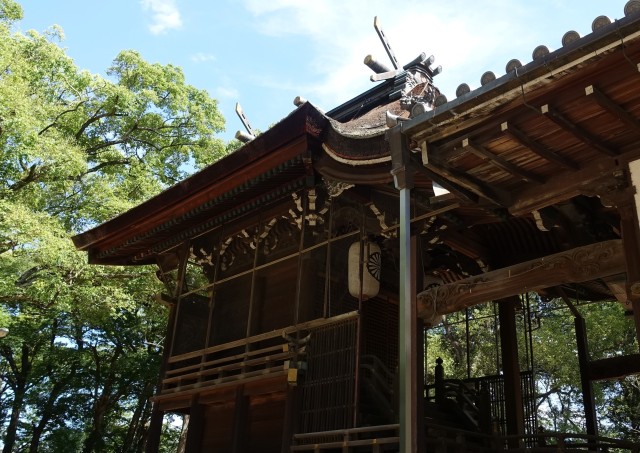 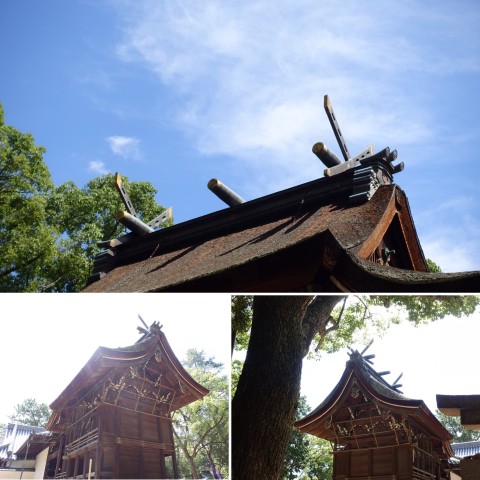 When I returned back to the “Haiden” around the precinct, the prayer had ended. The Shinto priest went back to the shrine office. 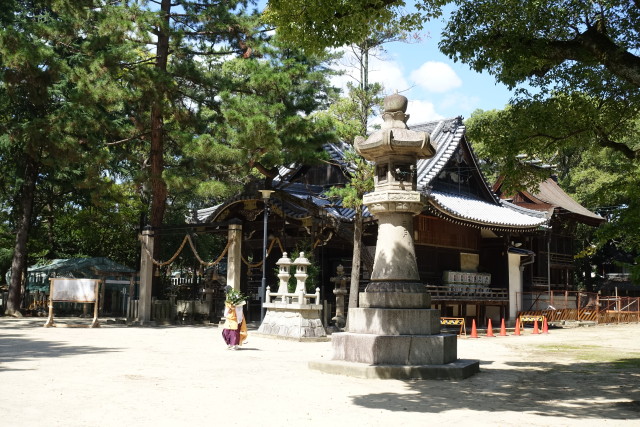 The people who had attended the prayer service had all gone back to their home. The “Haiden” fell silent. 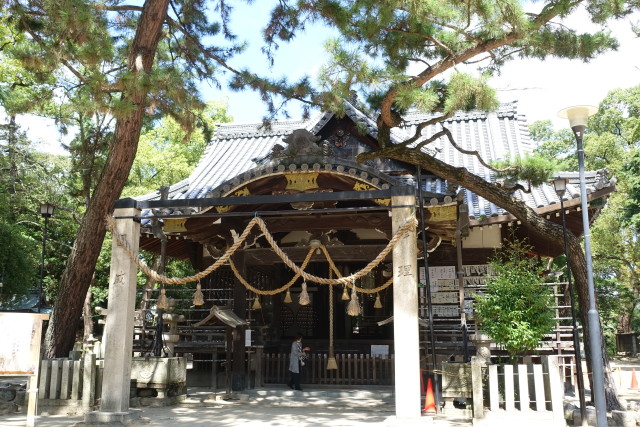 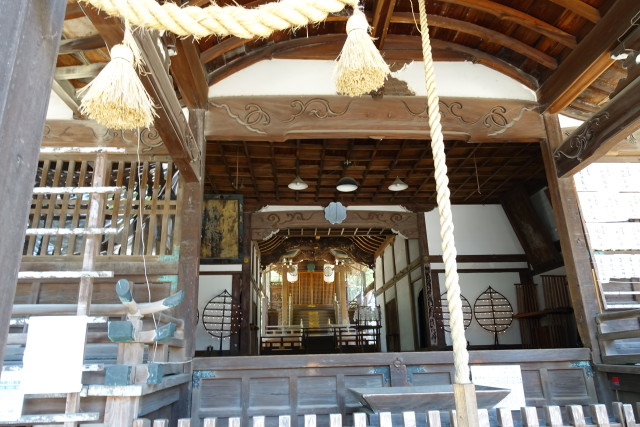 I got the sealed calligraphy. 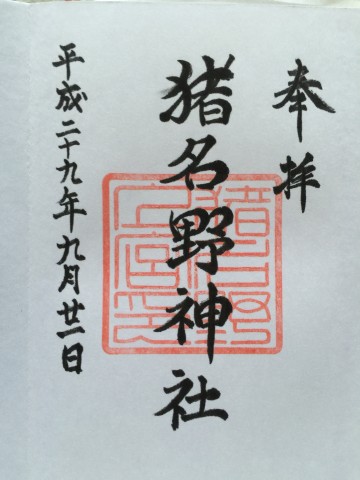 Next, I headed for “Miyanomae Bunka no Sato.”