The season of cosmos has arrived. There is a cosmos garden in the river bed of the Mukogawa River. The garden is in northwestern Amagasaki-City, Hyogo, located on the north side from the intersection where the Shinkansen and the Mukogawa River intertwine. That area was overflowing with rubbish until a little while ago, but now thanks to volunteers mainly from local citizens, an admirable cosmos garden has been completed.

About 5,500,000 seeds of cosmos are spread in the garden having an area of 13,000 square meters, and the best time to see the cosmos is from early to mid-November each year. The garden has 7 cosmos fields. The garden also has big trees and thus there is shade from the sun here and there, and a pleasant wind blows from the Mukogawa River.

When I entered the entrance, I saw the cosmos in full-bloom. 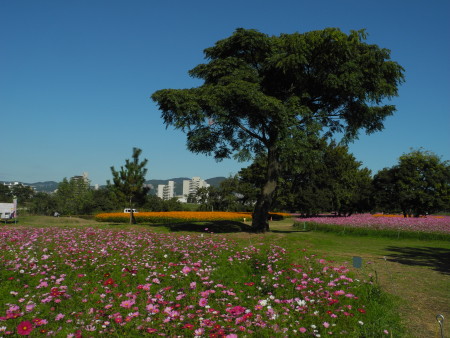 The mountain that extends behind is Mt. Rokko. 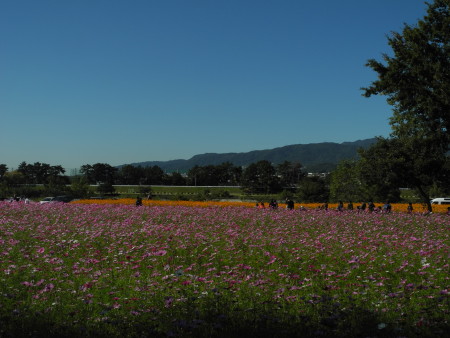 The pink flower’s name is “Sensation.” 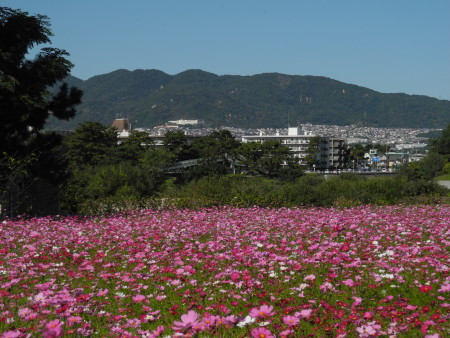 Kindergarten children got off from their kindergarten buses one after another. 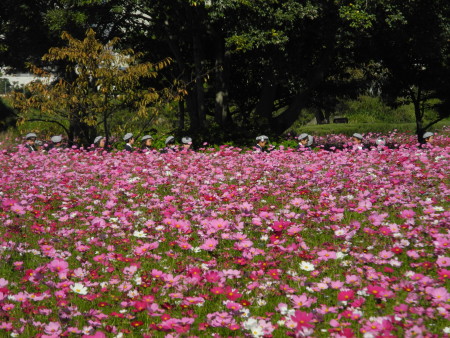 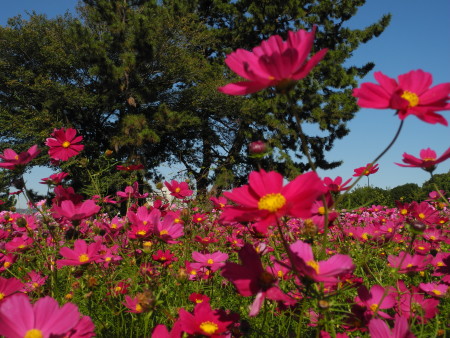 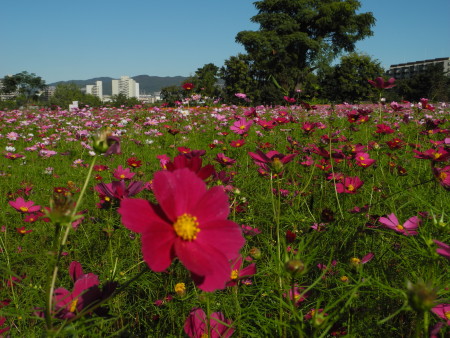 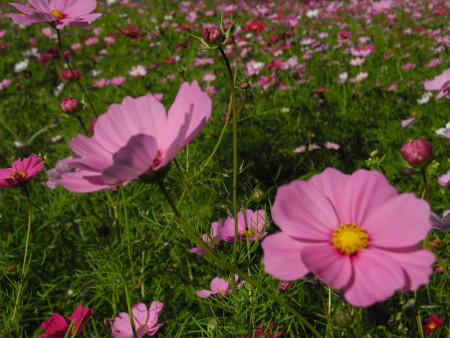 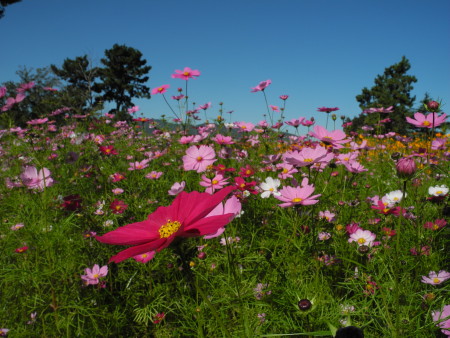 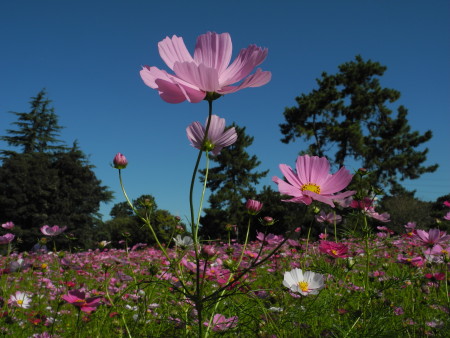 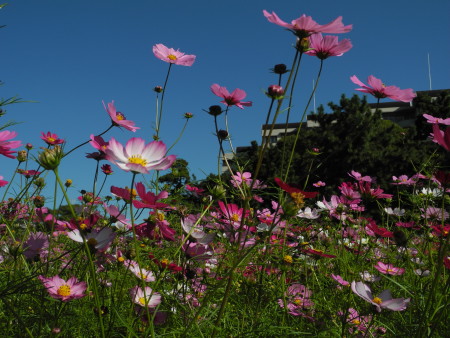 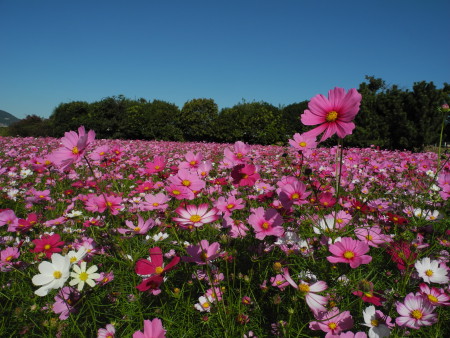 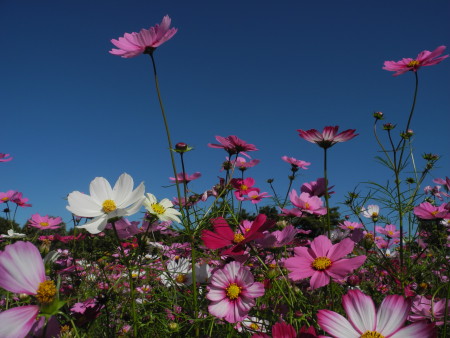 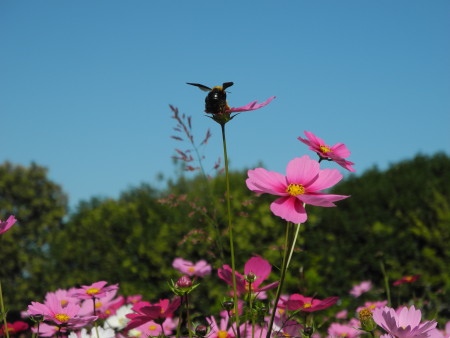 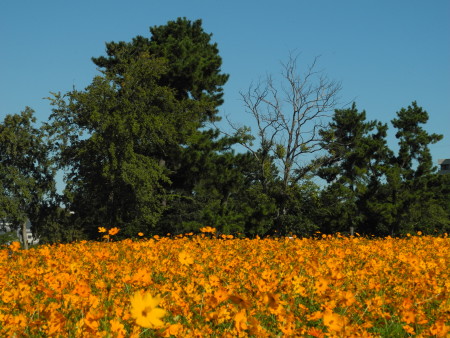 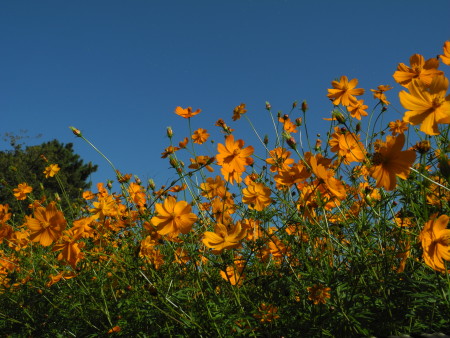 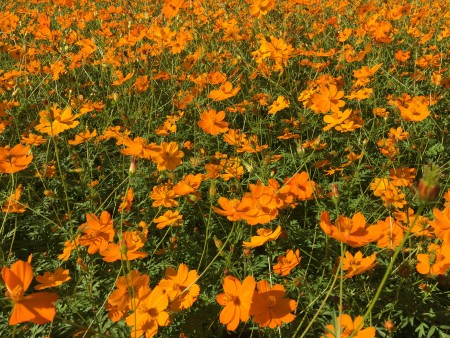 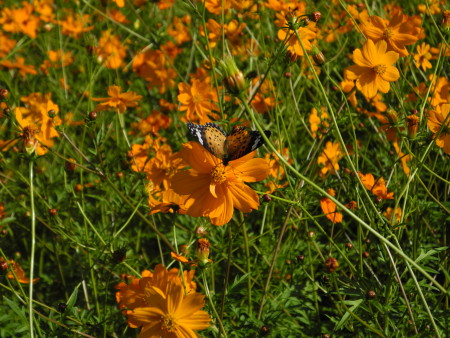 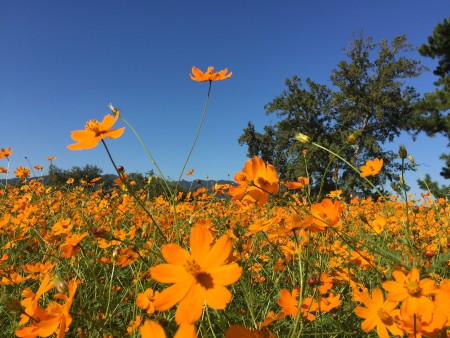 There are figures formed by yellow flowers, 100, because this year is the 100th anniversary of the municipal system of Amagasaki-City. (Can you see the 100 formed by the yellow flowers in the pink flowers?) 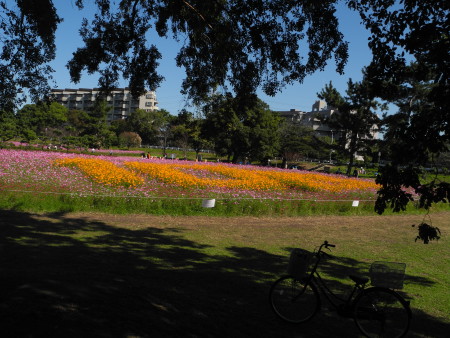 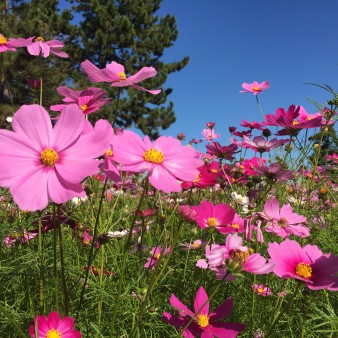 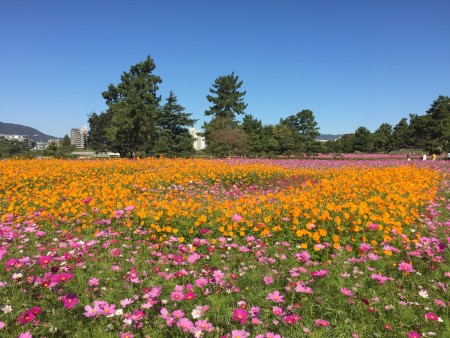 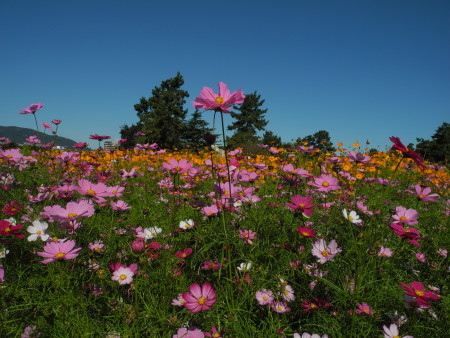 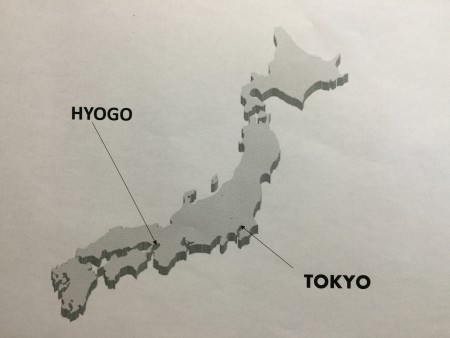