First, Onsendera Temple in Kinosaki in the northern part of Hyogo Prefecture. When you mention Kinosaki, people imagine hot springs. The story has been handed-down that the springs in Kinosaki were poured out by the achievements of a trainee monk, Dochishonin, about 1300 years ago. The Onsendera Temple was initially opened by Dochishonin in 738. The temple buildings stand on a mountain, Taishiyama Mountain. The Sanmon Gate (the main gate of the Buddhist temple) and Yakushido Hall stand on a flatland, but the main temple stands on a hillside. Although mountain paths may be steep, the temple has ropeways and so we can easily reach the main temple or even the inner sanctuary.

Sanmon Gate. The two Deva Kings statues standing at both side of the gate are said to have been made by Unkei and Tankei, who were very famous Japanese Buddhist image makers living between 1150-1250. 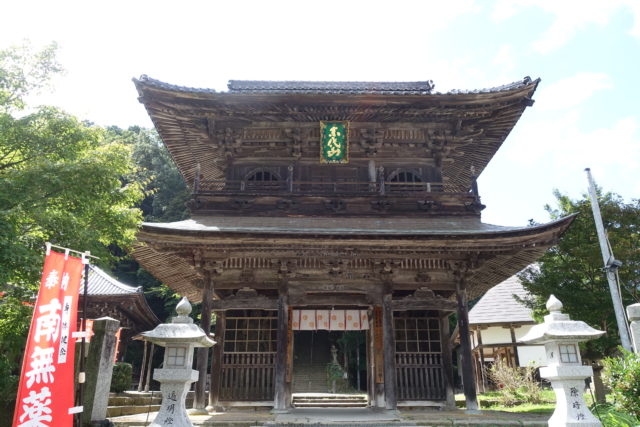 Yakushido Hall. You can see the hall just after you pass through the Sanmon Gate on the left side. This hall was rebuilt in 1804-1817, and is decorated by exquisite workmanship. 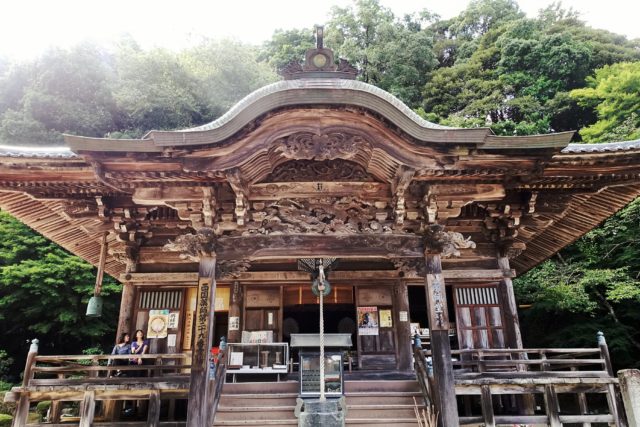 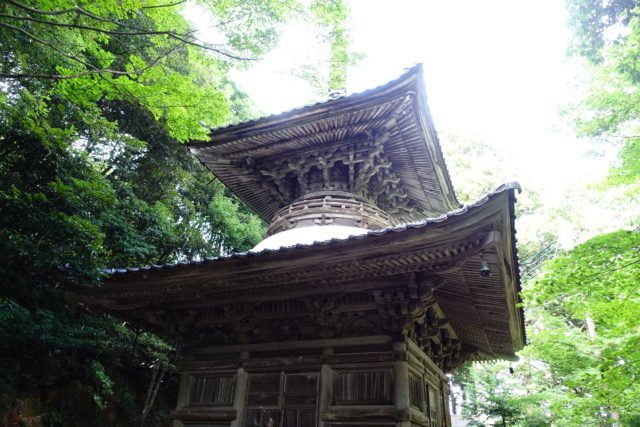 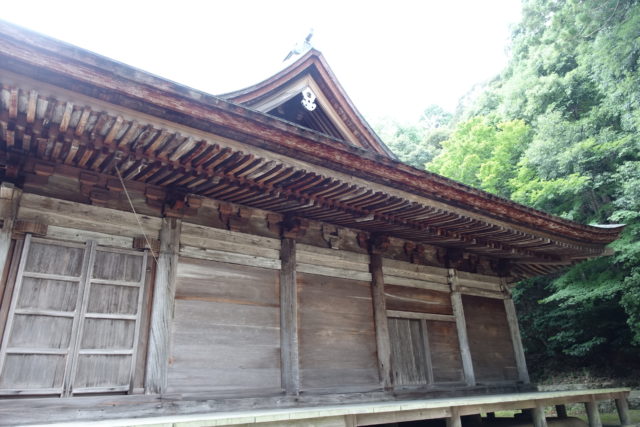 Hiyoshitaisha Shrine, located at the foot of Mt. Hiei, was built about 2100 years ago. The shrine was located to the northeast of Kyoto, and so the shrine has played a role in protecting Kyoto from evil spirits or disasters ever since Kyoto was set as the capital (794), and of a God guarding Buddhism since Enryakuji Temple was established on Mt. Hiei (806). 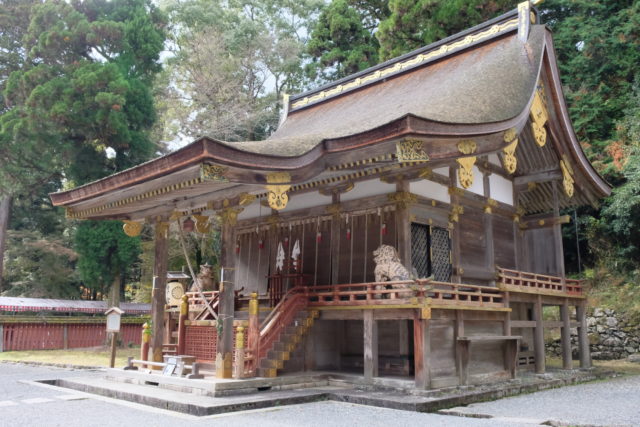 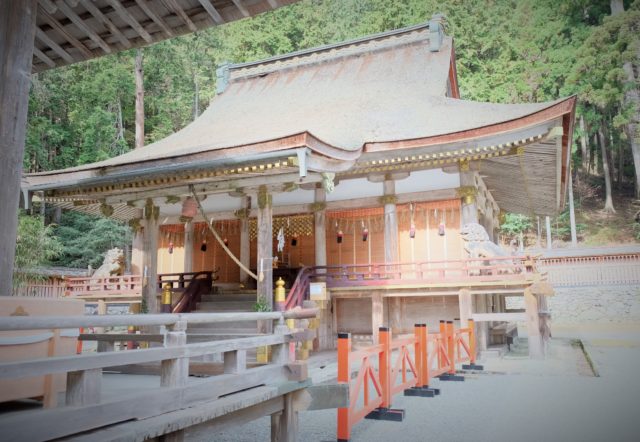 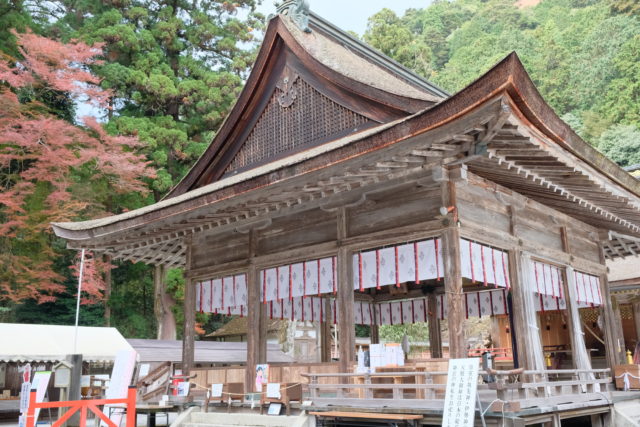 The shrine is also one of the places famous for beautiful autumn leaves in Kansai, and leaves of 3,000 Japanese maple trees in the precincts turn beautifully crimson in autumn.

Mt. Minoh in Osaka Prefecture is one of the oldest places where Buddhist monks have practiced asceticism since ancient times, with a focus on a waterfall, Minoh Waterfall. Tradition says that when En-no-gyojya (a semi-legendary holy man noted for his practice of mountain asceticism in the seventh century) was training beside the waterfall (Minoh Waterfall), Benzaiten (Saraswati) appeared, and she gave him divine guidance, whereby the monk achieved enlightenment. The monk made a Benzaiten statue with gratitude for her guidance, and offered the statue in a Buddhist Temple. The temple is Ryoanji Temple. 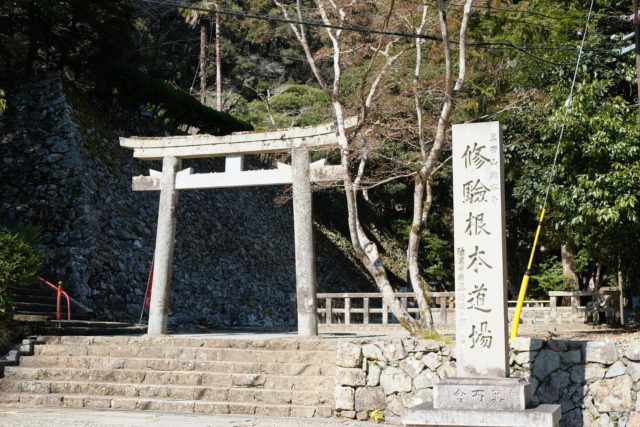 There is a Benzaiten Temple Hall at the mountainside from the waterfall road (a road leading to the Minoh Waterfall), when you go up the stairs standing on the left side of the torii gate in the photo above. 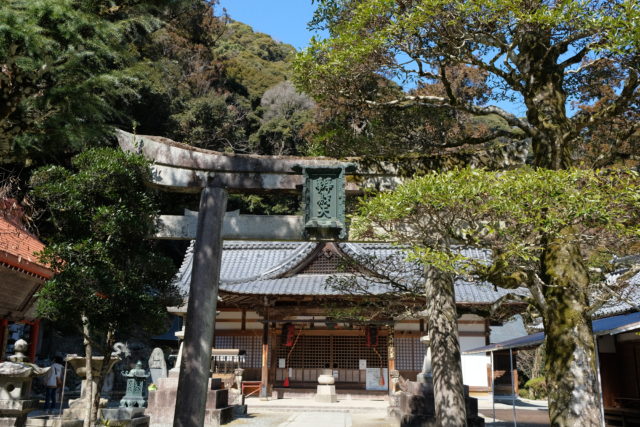 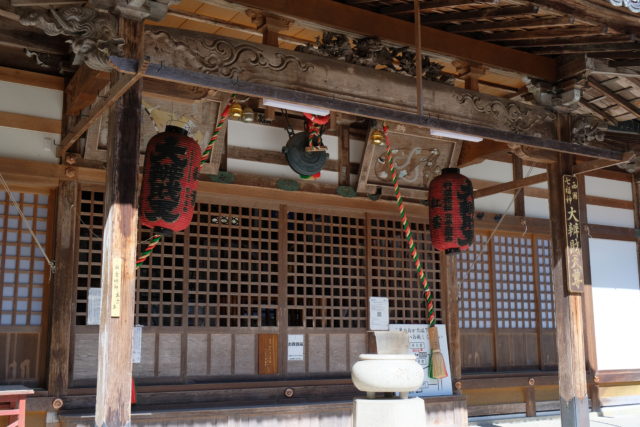 The temple buildings, the stone torii gate, and garden lanterns are covered with moss, which creates a glorious atmosphere.