11. This is a farmer’s house, built in about the mid-18th century, in a deep-snow district (the snow lay 2 meters or more) in Japan. The house has a structure peculiar to places where much snow falls, in which the entrance protrudes outward of the house and the walls are made of thatch. The wall thickness was made thin in summer and thick in winter by controlling the amount of the thatch.

12. This is a house from Kyushu, which is the south part of Japan. The house was built on a steep sloop in the mountains, and has a narrow structure in which rooms are arranged in a straight line.

In summer, you can spend time under expansive blue sky; 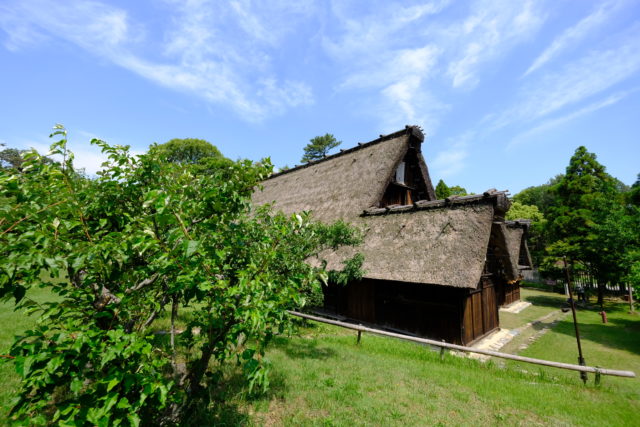 In autumn, the leaves become red and yellow.