This is a goshuin (red seal) of the principal image, Guan Yin or Bodhisattva (Thousand-armed Bodhisattva), of Katuoji Temple, located at the north area of Osaka Prefecture.

A shuin (red seal), which is usually called goshuin instead of shuin without a prefix, is given when you visit a Buddhist temple or Shinto shrine, and is a record by which your visit is proved. The goshuin has a structure in which a red seal or stamp is put a paper sheet, and the name of the temple, or shrine or the name of the Buddha or God, is written on the seal with Japanese ink. 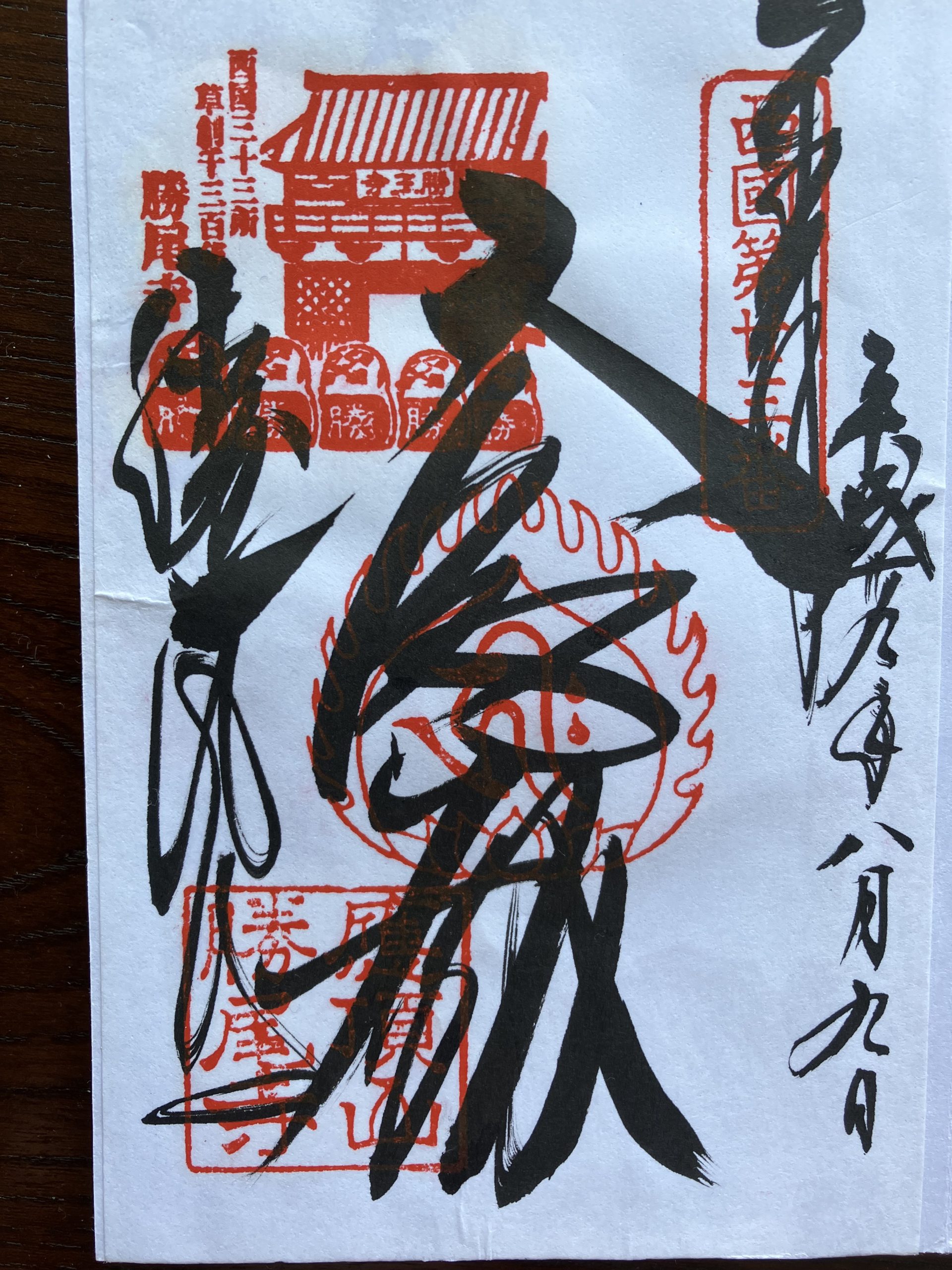 "Daihiden" ("Daihi" is an another name of the Bodhisattva and "den" means a palace, and so Daihiden means the palace of Bodhisattva.